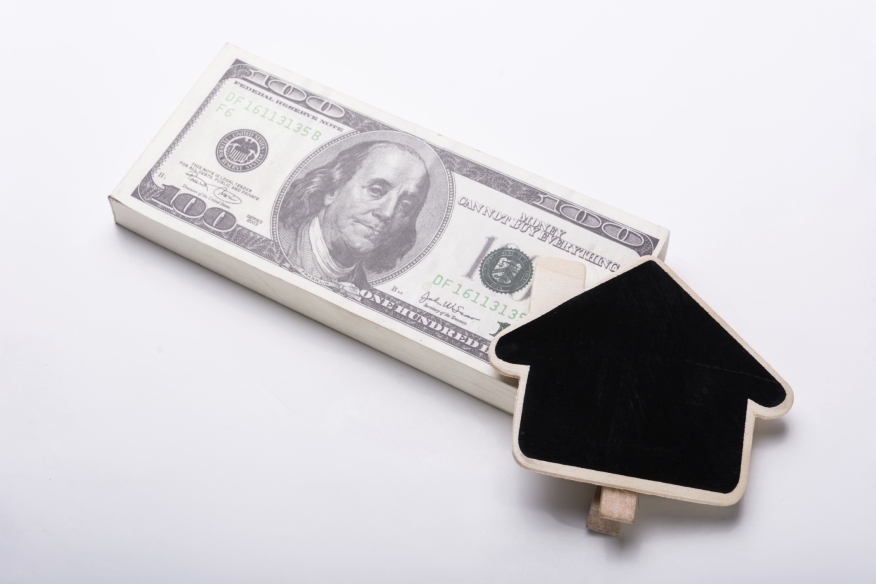 The owning-versus-renting argument took a turn in favor of homeownership this week, with new data supporting the increased affordability of buying a house and a new report finding a growing shortage in affordable rental units.

According to new statistics released by RealtyTrac, the 1.5 million purchase loans originated in 2014 saw buyers putting down an average of 14 percent down, which the company calculated as $32,141. RealtyTrac broke down the numbers further, separating counties by their media home sales prices. In the 25 counties with the highest median home sales prices at the end of 2014, the average downpayment percentage was 24 percent, or $138,547. In comparison, the 25 counties with the lowest median home sales prices at the end of 2014 recorded an average downpayment percentage of 12 percent or $8,239. 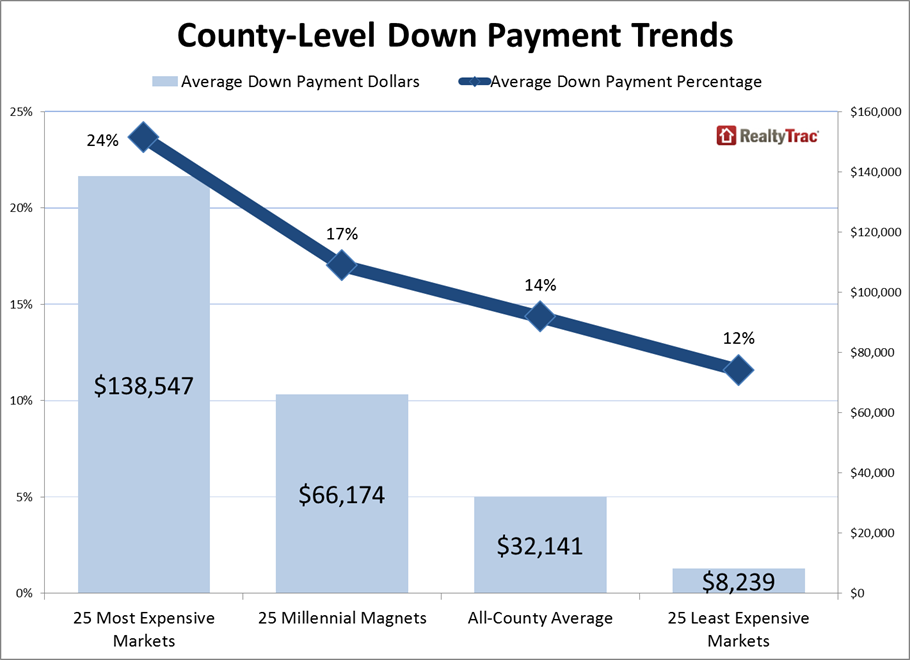 But affordability in homeownership appeared to be a challenge for the Millennials. RealtyTrac found that in the 25 counties with the biggest increase in the Millennial population between 2007 and 2013, the average downpayment percentage was 17 percent for homes purchased in 2014, three percent above the national average. But the average downpayment in dollars in these 25 counties was $66,174—more than twice the national average.

“This analysis shows that first time homebuyers have a better shot at buying a home in low-priced markets, not just because of the lower price point, but because on average buyers are putting down just 12 percent in those markets compared to 24 percent in high-priced markets,” said Daren Blomquist, vice president at RealtyTrac. “Meanwhile, the markets where Millennials are moving the most have above-average down payment percentages, which will make it tough for millennial renters to convert into first-time homebuyers in those markets. There are a few exceptions, however, where the combination of an influx of Millennials and relatively low average downpayment percentages indicate markets that will see a quicker return of the first-time homebuyer—markets such as Nashville, Durham, Philadelphia, Des Moines, Little Rock and Columbus, Ohio.” 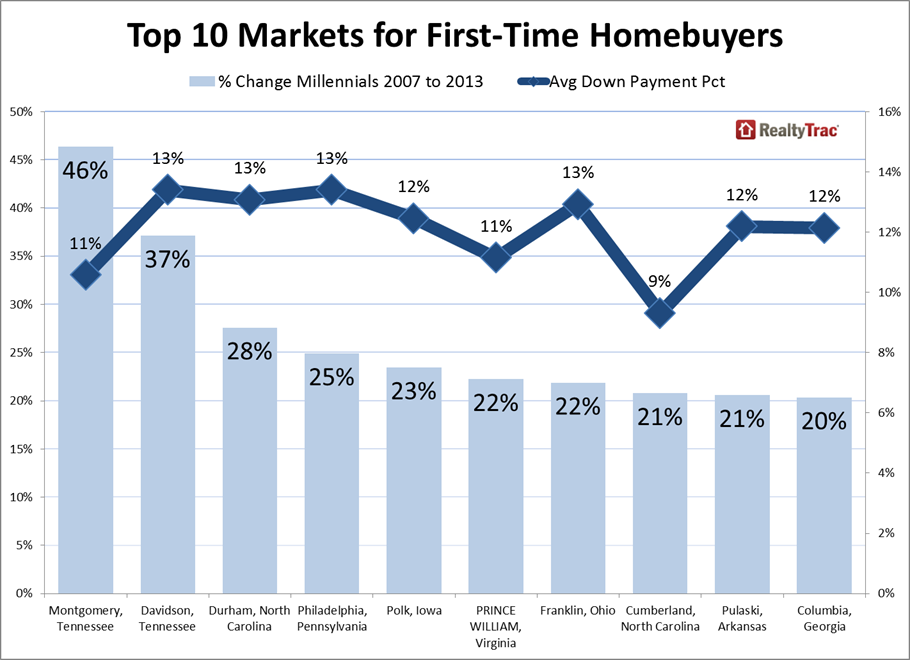 While homeownership appears to be increasingly in reach for many Americans, affordable rental housing has become an elusive commodity for many low-income individuals. A new report by the National Low Income Housing Coalition (NLIHC) fund that one-quarter of all renters have income at or below 30 percent of the area median income, and three-quarters of these extremely low-income renters are forced to spend more than half of their income on the cost of rent and utilities due to the ongoing shortage of affordable housing.

“In nine of America’s 11 largest cities, the majority of the population lived in rental housing in 2013,” the report said. “This is an increase from just five cities with a majority of renters in 11. The number of renters grew by more than 20 percent in five out of the 11 cities. In all but two cities, the rental vacancy rate decreased as a result of this increased demand. These factors drive rents up at a time when incomes remain stagnant. As renting becomes more popular in large cities and elsewhere, it becomes more important to ensure that the lowest income renters can access high quality, affordable housing in areas of opportunity.”