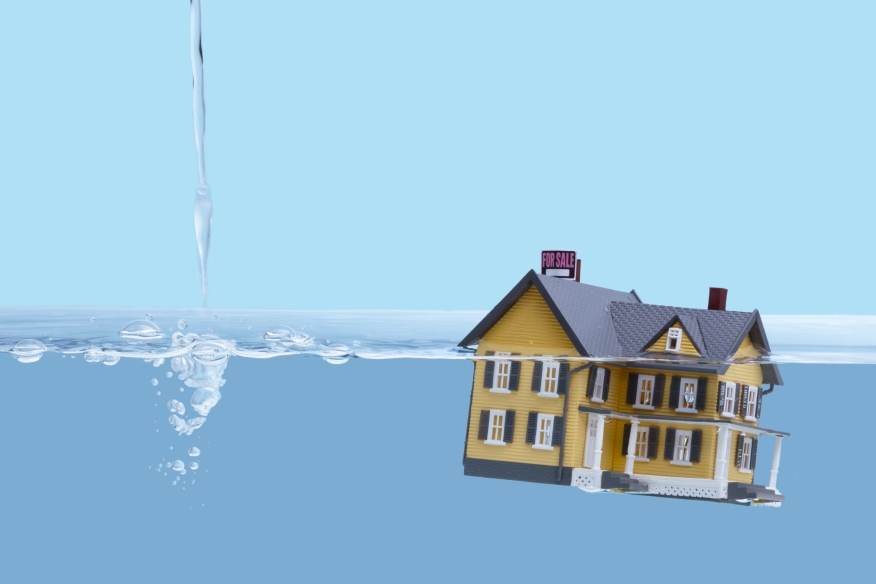 Owners of homes at the bottom of the market are trapped underwater on their mortgages even as the real estate market continues to recover, according to the fourth quarter Zillow Negative Equity Report. That's because low end homes—the most likely to be upside-down—are losing value. At the peak of the real estate crisis, more than 15 million homeowners owed more on their mortgages than their homes were worth, putting them in negative equity. Foreclosures, short sales and rapidly rising home values freed nearly half of those homeowners, but now that trend has reversed in many metros. Three years into the recovery, home values overall continued to recover while owners of the lowest-valued homes—those most likely to be stuck in negative equity—were left behind.

"Higher negative equity rates have become the new normal," said Zillow Chief Economist Dr. Stan Humphries. "We've long been expecting the negative equity rate to fall more slowly as home value growth also slows, and unfortunately that's exactly what we're seeing. Compounding the problem is the fact that negative equity is decidedly not an equal opportunity predator, and looms larger over the bottom 10 percent of homes, where homeowners are least prepared to withstand the assault."

In the fourth quarter of 2014, the negative equity rate worsened in 21 of the top 50 U.S. markets. Nationally, home values rose around six percent in 2014.

Less valuable homes are much more likely to be underwater. For example, in Atlanta, 49 percent of homes in the bottom-third of home values are in negative equity, compared to 11 percent of mortgaged homes in the highest valued third.

Nationally, 16.9 percent of all homes with a mortgage are in negative equity, and that is expected to fall to 15.4 percent by the end of 2015. Among large metros, Virginia Beach (28.3 percent), Jacksonville (27.0 percent), Las Vegas (26.4 percent), and Atlanta (26.1 percent) had the highest rates of negative equity.