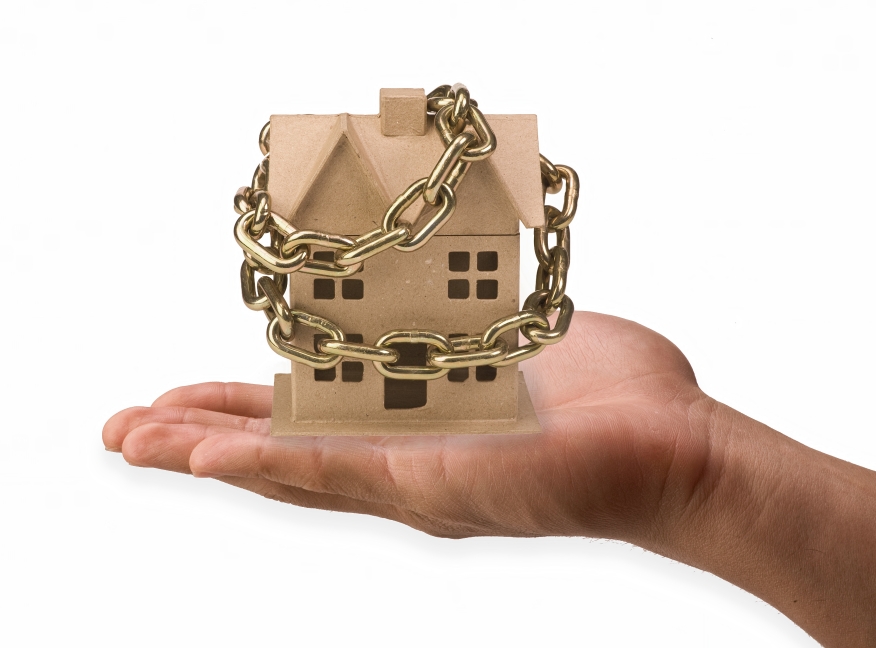 The increase in March was driven primarily by a jump in bank repossessions (REOs), which at 36,152 were up 49 percent from the previous month and up 25 percent from a year ago to a 17-month high—although still about one-third of the 102,134 REOs in September 2010, the peak month for REOs.

“The 17-month high in bank repossessions in March corresponds to a 17-month high in scheduled foreclosures auctions in October,” said Daren Blomquist, vice president at RealtyTrac. “The March increase is continued cleanup of distress still lingering from the previous housing crisis; not the beginning of a new crisis by any means. Some of most stubborn foreclosure cases are finally being flushed out of the foreclosure pipeline, and we would expect to see more noise in the numbers over the next few months as national foreclosure activity makes its way back to more stable patterns by the end of this year.” 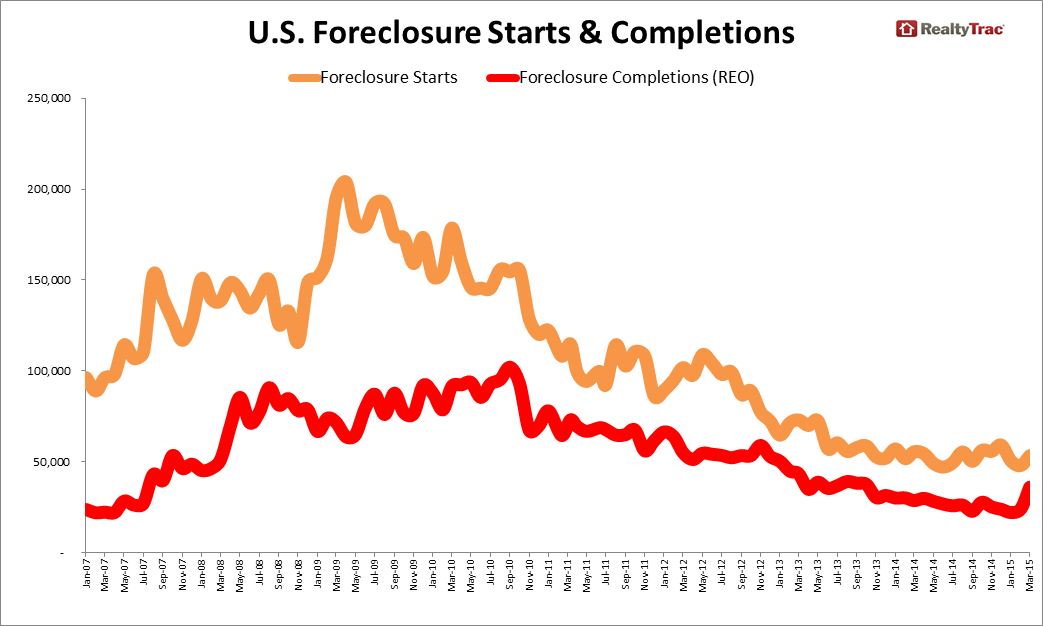 A total of 152,147 U.S. properties started the foreclosure process for the first time in the first quarter of 2015, down 11 percent from the previous quarter and down eight percent from a year ago.

►States where first quarter foreclosure starts increased from a year ago, counter to the national trend, included Massachusetts (up 58 percent), Virginia (up 11 percent), Michigan (up 11 percent), and Illinois (up eight percent).

►States where first quarter bank repossessions (REO) increased from a year ago, counter to the national trend, included Ohio (up 54 percent), Maryland (up 39 percent), Missouri (up 34 percent), New Jersey (up 18 percent), and Illinois (up 16 percent).

►States with the highest foreclosure rates in the first quarter were Florida, Maryland, Nevada, Illinois and New Jersey.

►Among metropolitan statistical areas with a population of 200,000 or more, those with the highest foreclosure rates were Atlantic City, New Jersey, Rockford, Illinois, Ocala, Florida, Lakeland-Winter Haven, Florida, and Miami.

►A total of 53,514 properties started the foreclosure process in March, up 11 percent from the previous month but still down four percent from a year ago.

►A total of 50,760 properties were scheduled for foreclosure auction in March, up 11 percent from the previous month and up less than one percent from a year ago.