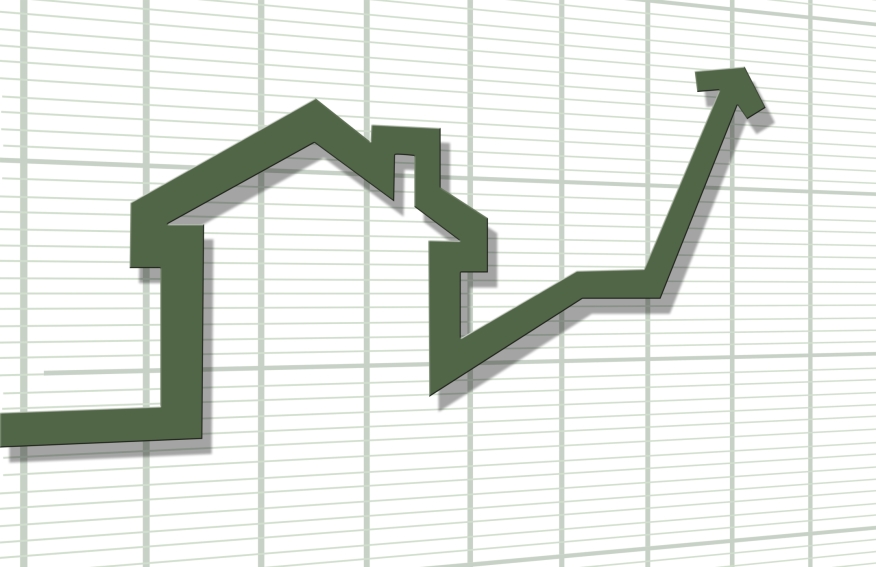 Existing-home sales jumped in March to their highest annual rate in 18 months, while unsold inventory showed needed improvement, according to the National Association of Realtors (NAR). Led by the Midwest, all major regions experienced strong sales gains in March and are above their year-over-year sales pace.

Total existing-home sales, defined as completed transactions that include single-family homes, townhomes, condominiums and co-ops, increased 6.1 percent to a seasonally adjusted annual rate of 5.19 million in March from 4.89 million in February— the highest annual rate since September 2013 (also 5.19 million). Sales have increased year-over-year for six consecutive months and are now 10.4 percent above a year ago, the highest annual increase since August 2013 (10.7 percent). March’s sales increase was the largest monthly increase since December 2010 (6.2 percent).

“After a quiet start to the year, sales activity picked up greatly throughout the country in March,” said Lawrence Yun, NAR chief economist. “The combination of low interest rates and the ongoing stability in the job market is improving buyer confidence and finally releasing some of the sizable pent-up demand that accumulated in recent years.”

Total housing inventory at the end of March climbed 5.3 percent to 2.00 million existing homes available for sale, and is now two percent above a year ago (1.96 million). Unsold inventory is at a 4.6-month supply at the current sales pace, down from 4.7 months in February. The median existing-home price for all housing types in March was $212,100, which is 7.8 percent above March 2014. This marks the 37th consecutive month of year-over-year price gains and the largest since February 2014 (8.8 percent).

“The modest rise in housing supply at the end of the month despite the strong growth in sales is a welcoming sign,” said Yun. “For sales to build upon their current pace, homeowners will increasingly need to be confident in their ability to sell their home while having enough time and choices to upgrade or downsize. More listings and new home construction are still needed to tame price growth and provide more opportunity for first-time buyers to enter the market.” 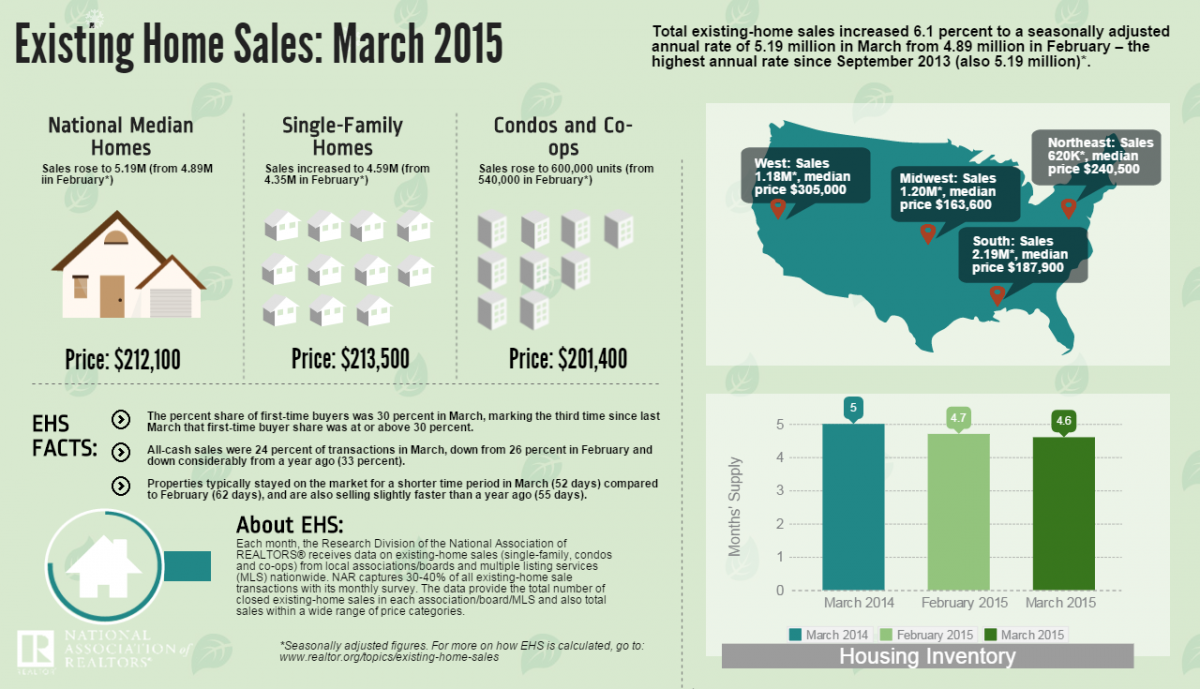 According to Freddie Mac, the average commitment rate for a 30-year, conventional, fixed-rate mortgage increased in March for the second consecutive month, rising to 3.77 percent from 3.71 percent in February. Despite the slight increase, the monthly average is still below four percent for the fourth straight month.

NAR President Chris Polychron, executive broker with 1st Choice Realty in Hot Springs, Ark., says there needs to be additional choices for borrowers looking for safe and secure mortgage products to finance their home purchase. Realtors urge the U.S. Senate to schedule a vote for the bipartisan Mortgage Choice Act, which passed the U.S. House of Representatives last week.

“This legislation levels the playing field for brokerages with affiliated business agreements by eliminating the 3 percent cap on the calculations of fees and points in the Dodd-Frank Ability-to-Repay/Qualified Mortgage rule,” Polychron said.

All-cash sales were 24 percent of transactions in March, down from 26 percent in February and down considerably from a year ago (33 percent). Individual investors, who account for many cash sales, purchased 14 percent of homes in March, unchanged from last month and down from 17 percent in March 2014. Seventy percent of investors paid cash in March.