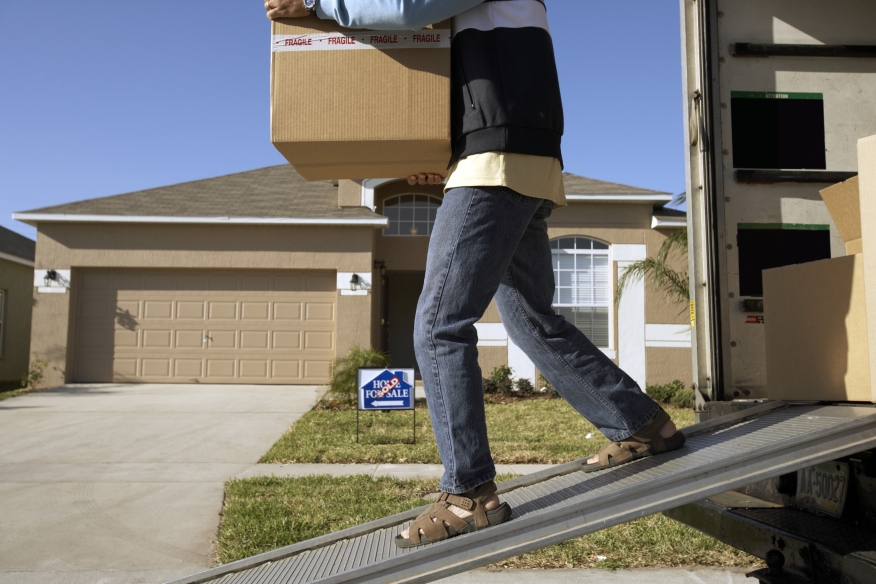 With peak home shopping season underway, many parents feel stressed and overwhelmed during their home search and subsequent move. More than half (53 percent) of parents report crying at least once during the process, and half (50 percent) say they fought with their partner one to two times a week, according to a new survey of parents and real estate agents from Care.com, an online destination for finding and managing family care, and Zillow.

“We know moving with kids can be tough and overwhelming, but what we found most surprising from the survey was that nearly half of parents actually had home-buying regrets,” said Katie Bugbee, global parenting expert and senior managing editor of Care.com. “When we dug into the data, we discovered several stressors that may lead families to rushed decisions and remorse, and took that insight to create a step-by-step guide to help families plan for a thoughtful, and sane, homebuying experience.”

“Thanks to the Internet and mobile apps, home shopping has become easier over the years but, like with anything, once you add family complexity like schools, activities, friends and commutes to the mix, it all gets more challenging,” said Amy Bohutinsky, chief marketing officer of Zillow. “The more parents can understand and prioritize their family’s unique needs at the start of shopping for a home, the easier they can make the entire process.”

Most home buyers understand they will need to compromise, but it can be a challenge to separate a true deal breaker from something that won’t actually impact overall happiness with the home. This may be why 47 percent of parents said they have homebuying regrets. The top regret is commute time (35 percent), with parents saying it takes too much time away from their family. Next in line is the need for home repairs (24 percent) and the lack of certain family-friendly home features (15 percent). Parents shouldn’t downplay these trade-offs when choosing their new home. Surveyed parents said they most wish their new home had a finished basement, a bigger yard, and a playroom.

While one in three parents (33 percent) wouldn’t buy a home if their children hated it, it can be hard to know how and when to involve the kids in the home search process. Eighty-six percent of real estate agents said they have had clients who have been forced to cut a home tour early because of a disruptive child. Parents can use technology to their advantage by pre-screening as many homes as possible online, or on their mobile device, and then discussing those homes with their real estate agent before taking the time to see the house in person. Parents should also consider hiring someone to watch the kids while they spend a day visiting houses, and should only bring kids along when they’ve narrowed down the options.

Sixty-six percent of parents say having someone to help with the packing and unpacking would make moving less stressful, and one-third (34 percent) said unpacking was the most stressful part of transitioning into a new home. Parents may be able to alleviate stress by hiring one or two of their regular babysitters, or using an online marketplace to find more affordable packing help.

Thirty-eight percent of parents said these additional costs were the most stressful part of homeownership, with 32 percent saying these expenses were the biggest cause of arguments with their spouse.

One out of 5 parents cry at the idea of missing friends and family. And one in three parents wished their neighbors had kids the same age as their own. Research potential neighborhoods in advance. Parents should try to visit a potential neighborhood during different times of day to see if kids are out playing, or if families are going on bike rides. Parents can also visit online forums like BigTent.com to talk with local parents and maybe even meet new friends before their move.

Setting up school and childcare was the most stressful part of transitioning to a new neighborhood according to 30 percent of parents. In addition, 49 percent of parents said it took a month or longer to set up a new childcare plan, Parents should research childcare options as far in advance as possible to avoid the stress of finding help at the last minute.