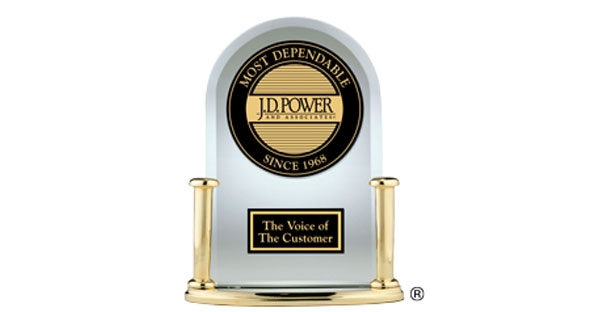 In an industry that is highly regulated to protect consumer interest, mortgage servicers are spending a disproportionate amount of time and resources on at-risk customers, compared with customers who are current with their payment, adversely impacting satisfaction for the majority of their customers, according to the J.D. Power 2015 U.S. Primary Mortgage Servicer Satisfaction Study. The Study, which has been redesigned in 2015, measures customer satisfaction with the mortgage servicing experience in six factors: new customer orientation; billing and payment process; escrow account administration; interaction; mortgage fees; and communications. Satisfaction is calculated on a 1,000-point scale.

For the second consecutive year, Quicken Loans ranked highest in primary mortgage servicer satisfaction, with a score of 834. Citizens ranked second with a score of 768, followed by Capital One at 742.

The 2015 U.S. Primary Mortgage Servicer Satisfaction Study is based on responses from 5,922 customers who have had a mortgage on their primary residence for at least one year. The study was fielded in March-April 2015.

At-risk customers—those currently behind in their mortgage payments or concerned about keeping current during the next year—represent only 15 percent of the survey respondent pool. Despite being a relatively small percentage of the total population, this group has been a primary focus of such regulatory agencies as the Consumer Financial Protection Bureau (CFPB) and the government-sponsored enterprises (GSEs)—Fannie Mae and Freddie Mac—that own or guarantee the majority of conforming home loans. Mortgage servicers consider their primary “customers” to be the owner of the loan (i.e., GSEs and Investors) rather than the end borrower, who has limited power to decide which mortgage company services their loan.

“Bank mortgage servicers’ desire to retain and expand the broader relationship with the borrower has driven some improvement in customer service,” said Craig Martin, director of the mortgage practice at J.D. Power. “Non-bank servicers have had less business incentive to improve the experience as their focus is on keeping borrowers paying their mortgage, not on delivering a better relationship. As non-bank servicers have gained an increasingly larger share of the market, they have tended to apply policies geared toward at-risk customers that are designed to avoid legal or regulatory actions.”

As a result of this polarity, there is a disproportionate amount of time and resources spent on at-risk customers, which diverts efforts to help improve the experience for the majority of customers, such as website upgrades. Enhanced self-service capabilities can improve satisfaction and at the same time help reduce servicing costs. When customers are able to resolve an issue entirely on their servicer’s website, satisfaction is 765, compared with 650 when they are not able to completely resolve the matter online.

Conversely, when customers aren’t able to resolve their issue completely via the website, 67 percent ultimately turn to a live agent to resolve the issue, which increases both the cost and the negative impact on satisfaction. An additional 14 percent of customers give up trying to resolve their issue with the company altogether, which might give them the impetus to turn to the CFPB or other regulatory agencies.

“A lot of time and resources have been spent on the live representative interaction to help distressed borrowers. While improvement is needed, the majority of mortgage customers haven’t seen a lot of meaningful changes in their experience,” said Martin. “Mortgage servicers must ensure that all customers’ concerns receive the appropriate attention in customer experience management decisions. For example, the typical mortgage servicing customer prefers to interact online, so a high-quality self-service website experience should be a priority, but it is often an afterthought.”

Key findings of the study include:

►Providing an outstanding mortgage servicing experience can generate high levels of advocacy and loyalty. The study finds that 85 percent of highly satisfied customers (overall satisfaction scores of 900 or higher) say they “definitely will” recommend their mortgage servicer and 74 percent say they “definitely will” reuse their servicing provider for their next home purchase.