Mortgage Rates Down, Credit Availability Up 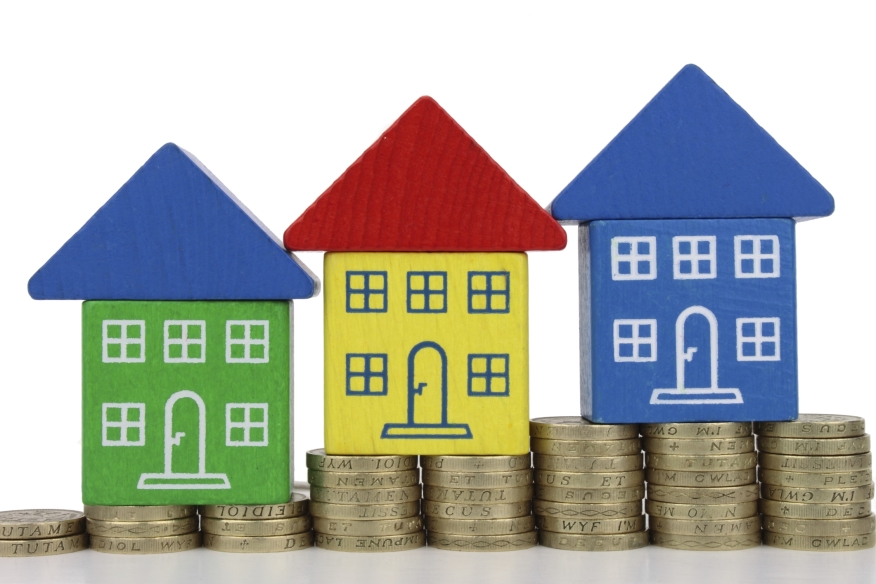 "All eyes are on the upcoming July employment report, as the Fed has made it clear developments in the labor market will affect the timing of any potential rate hike,” said Sean Becketti, chief economist of Freddie Mac. “But early signals indicate Friday's employment report will not look so good. The employment cost index rose 0.2 percent in the second quarter, the lowest quarterly increase in its 33-year history and ADP's Private Employment Report missed expectations for private jobs in July. Uncertainty about the economy helped drive down Treasury yields early in the week, and thus mortgage rates fell 7 basis points to 3.91 percent, the lowest level since June 4th." 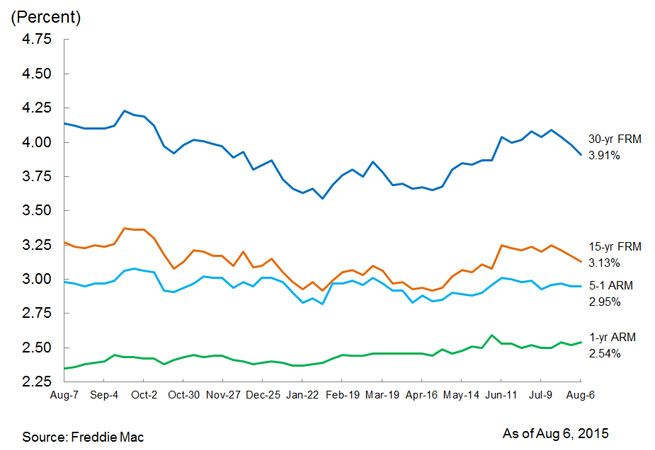 Separately, the latest Mortgage Credit Availability Index (MCAI) from the Mortgage Bankers Association (MBA) increased 2.9 percent to 125.5 in July. Of the four component indices, the Conventional MCAI saw the greatest activity with a 5.2 percent increase over the previous month, followed by the Jumbo MCAI (up 4.7 percent), the Government MCAI (up 0.9 percent), and the Conforming MCAI (up 0.4 percent). 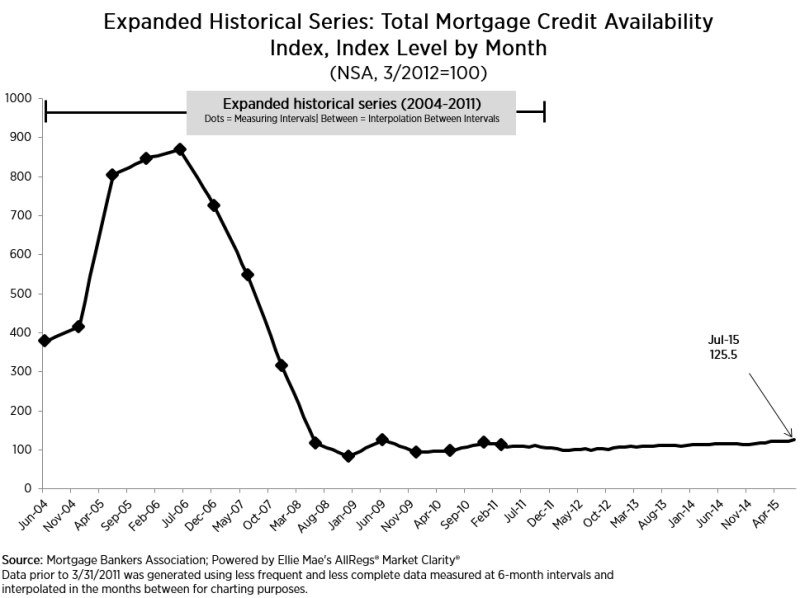