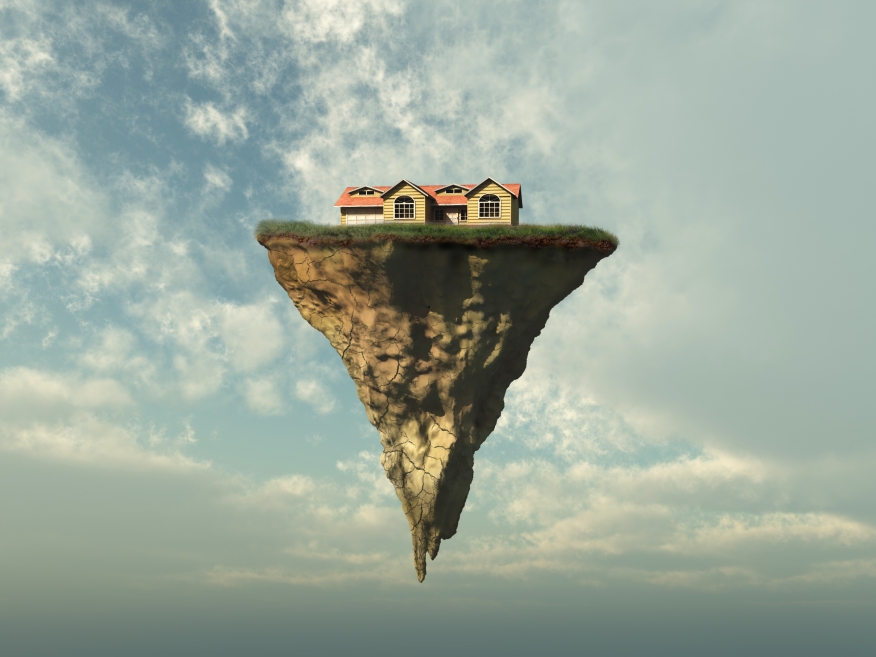 The latest data reports points to a housing world that appears to be going in multiple directions at the same time: Home prices are climbing, but people need to be earning more and more money to afford homes. Furthermore, housing values are declining, yet mortgage bankers are making handsome profits. And it appears that the nation’s healthiest housing markets are primarily concentrated in two states, while Michigan, Ohio and the Northeast have the least healthy housing markets.

Confused? Well, let’s go through the numbers and see what’s happening in the housing world. 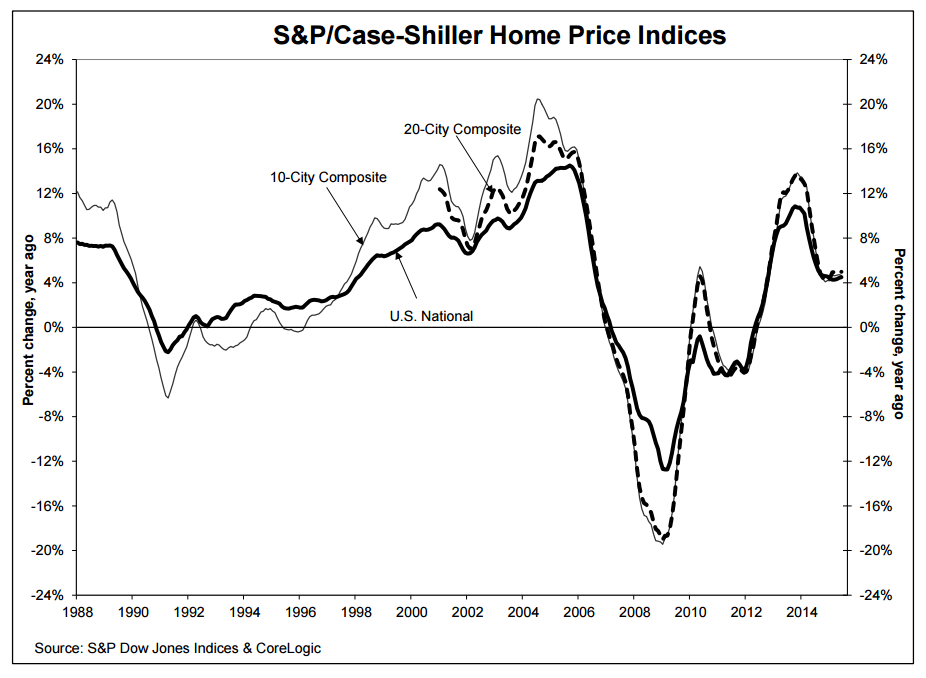 David M. Blitzer, managing director and chairman of the Index Committee at S&P Dow Jones Indices, forecast the possibility for economic hiccups to disrupt the upward direction of home prices.

“Two possible clouds on the horizon are a possible Fed rate increase and volatility in the stock market,” Blitzer said. “A one quarter-point increase in the Fed funds rate won’t derail housing. However, if the Fed were to quickly follow that initial move with one or two more rate increases, housing and home prices might suffer. A stock market correction is unlikely to do much damage to the housing market; a full blown bear market dropping more than 20 percent would present some difficulties for housing and for other economic sectors.” 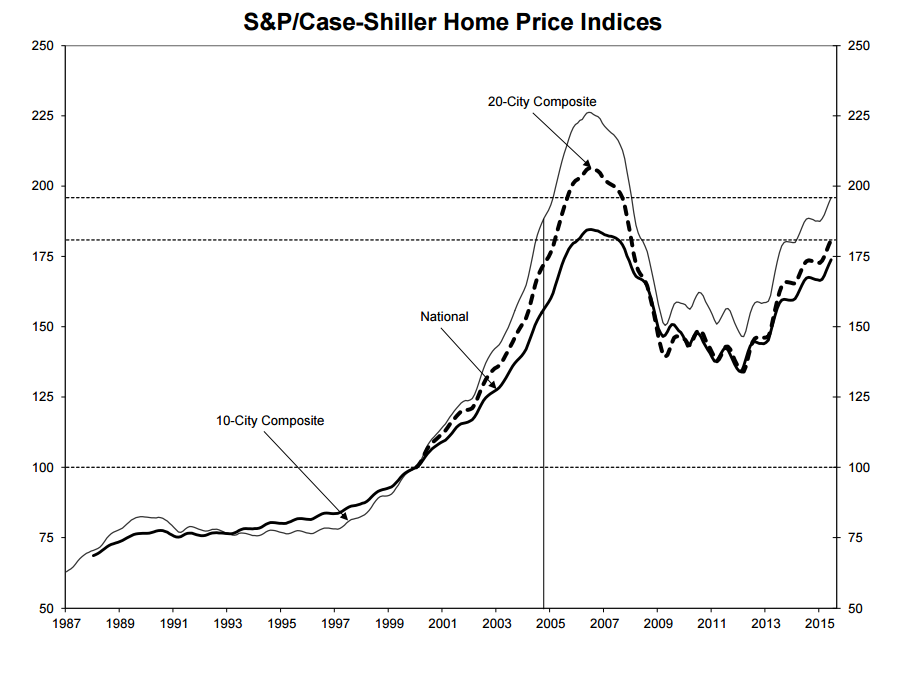 The Federal Housing Finance Agency (FHFA) confirmed the continued ascension in home prices with its House Price Index (HPI) report. According to the FHFA, U.S. house prices rose 1.2 percent in the second quarter, marking the 16th consecutive quarterly price increase in the purchase-only, seasonally adjusted index. FHFA's seasonally adjusted monthly index for June was up 0.2 percent from May. House prices rose 5.4 percent from the second quarter of 2014 to the second quarter of 2015; home prices rose in every state on a year-over-year basis, with the greatest appreciation seen in Colorado (10.6 percent), Nevada (10.5 percent) Florida (9.7 percent) and Hawaii (9.5 percent).

"Home price growth in the second quarter once again far exceeded the pace of overall inflation, even as mortgage rates drifted upwards," said FHFA Principal Economist Andrew Leventis. "Although too early to tell whether it's a sign of a slowdown, the monthly appreciation rate in June was more modest than we have seen in a while." 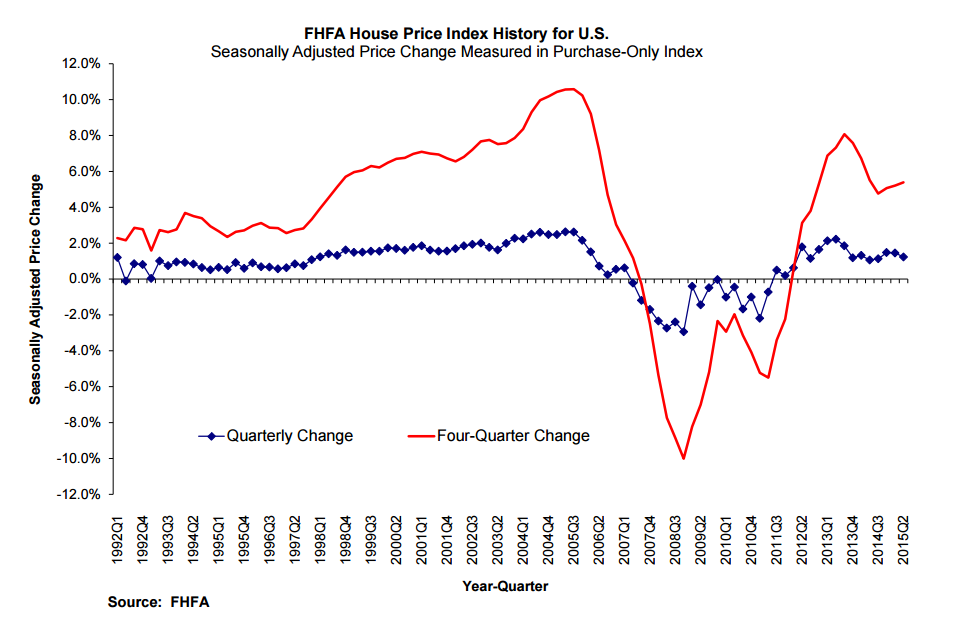 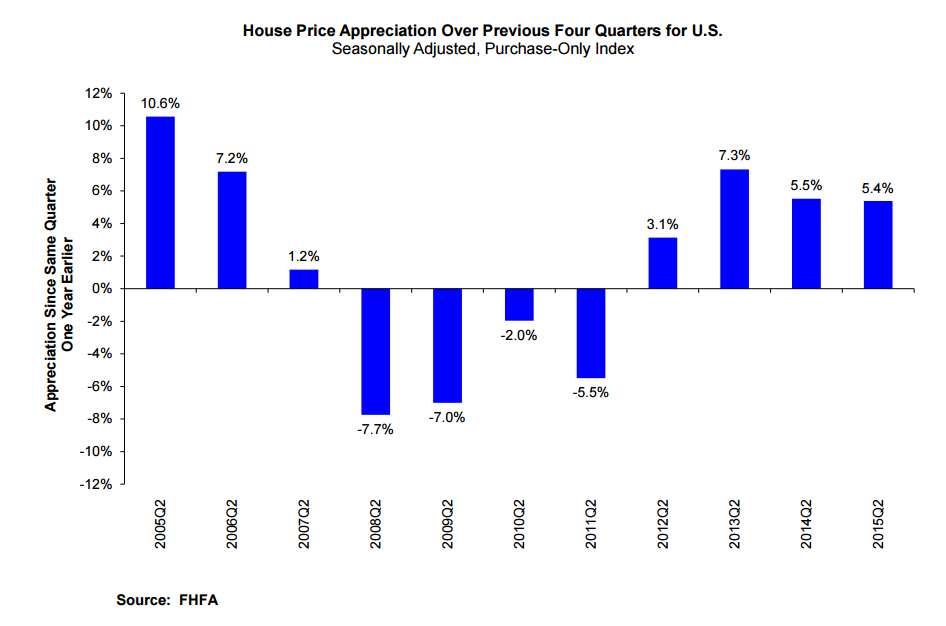 But are homeowners getting any value from their properties? The latest Zillow Real Estate Market Report found home value appreciation down 0.1 percent of their value in July, falling to a Zillow Home Value Index of $179,900. Of the 517 metros covered by Zillow, 204 saw a slowdown, including major markets like Washington, D.C., and Cincinnati; go-go markets like Denver, Dallas, San Jose and San Francisco also saw their monthly appreciation rates ease from June.

"This slight dip in home values is a sign of the times,” said Zillow Chief Economist Svenja Gudell. “Many people didn't think it was happening, but it is: we're going negative. We've been expecting to see a monthly decline as markets return to normal. However, this is not like the bubble bust. We're not going to see 10 percent declines. The market is leveling off, and it's good news, particularly for buyers, because it will ease some of the competitive pressure."

If home values are droppings, rents are not. The Zillow Rent Index found rents up 4.2 percent in July, averaging $1,376.

But where can a would-be homeowner find the perfect place to buy a residential property? WalletHub compared 300 U.S. cities via 14 metrics including median home-price appreciation to home price as a percentage of income-to-job growth in compiling its 2015 list of the Healthiest Housing Markets – and the results were a bit top heavy in terms of geographic concentration.

For the healthiest markets, six of the top 10 locations were all in Texas—Frisco in first, Allen in second, Plano in fourth, Carrollton in sixth, McKinney in seventh and Richardson in ninth. California had two cities in the top 10—Sunnyvale in fifth and Santa Clara in 10th—with Arvada, Colo., taking the third spot and Cary, N.C., in eighth.

Things were equally lopsided among the least-healthiest housing markets, with Flint, Mich., coming in dead last among the 300 metros; Detroit, arguably Michigan’s highest profile metropolitan mess, came in eighth-to-last. The bottom 10 also included a pair of Ohio cities—Dayton and Cleveland—and a lineup of Northeast cities including the New Jersey trio of Paterson, Newark and Elizabeth, the Connecticut capital of Hartford, the Rhode Island capital of Providence, and Fall River, Mass.

If current and would-be homeowners are perplexed, mortgage bankers are (pardon the expression) laughing all the way to the bank. The latest Mortgage Bankers Association (MBA) Quarterly Mortgage Bankers Performance Report found independent mortgage banks and mortgage subsidiaries of chartered banks reported a net gain of $1,522 on each loan they originated in the second quarter, up from a reported gain of $1,447 per loan in the first quarter.

And the mortgage banking industry’s near-future appears to be very bright. The MBA issued a report titled, Housing Demand: Demographics and the Numbers Behind the Coming Multi-Million Increase in Households, which projects between 13.9 and 15.9 million additional households will be formed by 2024. The report predicts Hispanics, Baby Boomers and Millennials will be fueled by three key demographic sectors.

“Household formation has been depressed in recent years by a long, jobless recovery and by a lull in the growth of the working age population,” said Lynn Fisher, MBA’s vice president of research and economics. “Improving employment markets will build on major demographic trends—including maturing of Baby Boomers, Hispanics and Millennials—to create strong growth in both owner and rental housing markets over the next decade.”

Of course, there is that 800-pound gorilla in the far end of the room known as the Federal Reserve, with a potentially lethal banana known as the interest rate hike. The impact that a hike will have on housing—not to mention the wider economy—remains unknown.

In an opinion piece published in The Washington Post, former Treasury Secretary Lawrence Summers—who had been considered the front-runner to replace Ben Bernanke as chairman of the Federal Reserve—openly warned the central bank not to raise rates at this time.

“A reasonable assessment of current conditions suggests that raising rates in the near future would be a serious error that would threaten all three of the Fed’s major objectives: price stability, full employment and financial stability,” Summers wrote, adding that at “this moment of considerable fragility, the risk is that a rate increase will tip some part of the financial system into crisis with unpredictable and dangerous consequences.”

While no one is certain when the Fed will finally raise rates, there is no doubt that people will still be in the market for new homes. The U.S. Census Bureau and the U.S. Department of Housing & Urban Development announced today that sales of new single-family houses in July were at a seasonally adjusted annual rate of 507,000, which is 5.4 percent above the revised June rate of 481,000 and is 25.8 percent above the July 2014 estimate of 403,000. The seasonally adjusted estimate of new houses for sale at the end of July was 218,000. This represents a supply of 5.2 months at the current sales rate.