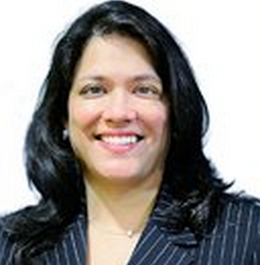 In 1989, Zahra Jafri created Lynx Equities in Great Neck, N.Y., and 15 years later, she co-founded Lynx Mortgage Bank LLC. She became president of the Empire State Mortgage Bankers Association (ESMBA) in 2013 and will be in that role into next year. National Mortgage Professional Magazine recently sat down to chat with Zahra about her work in the mortgage field and as a trade association leader.

How and why did you get involved in your association? And can you share the track within your association that led to the presidency?
Zahra Jafri: I got involved in the organization when I started my career in 1992, when there were certain legislative pieces that I thought we would not necessarily benefit from. I had the feeling that the only way I could be in control of my industry was by becoming involved.

I became involved in Legislative Committee, which led into a leadership role with the New York Association of Mortgage Professionals (NYAMP), where I served the association as its president from 2002-2003. I was elected president of the ESMBA in 2013 and will be serving in that role through 2016.

Why do you feel members of the mortgage profession in your state should join ESMBA?
We are an advocate for the industry. We meet with the New York State Department of Financial Services and lobby in Albany and in Washington, D.C. We keep on top of bills and legislator voting to influence them in a positive direction. We also provide education seminars to keep members and their clients informed.

At the end of the day, we want to protect the consumer and the industry. We’re in New York and in touch with New York issues that you will not find elsewhere.

What role does your association plays in the state legislative and regulatory environment, and are there any items on the current agenda you would like to highlight?
ESMBA was directly involved with the NYS Department of Financial Services to write legislation so the sub-prime bill was more in tune with how the markets work. This will benefits both consumers and industry.

Currently, the biggest item in our agenda is getting TRID training and preparing for the new TRID rule that comes in October. We try to answer questions and get information out to our membership.

What do you see as your most significant accomplishments with the association?
Working jointly with the DFS, we can bring the guidance our members need in order to have their shops in compliance. The bill, S7224-2013, was created to ensure the availability of Federal Housing Administration-insured mortgages in New York. It also put DFS emergency rules that would guarantee that FHA financing options would not be inadvertently disrupted by a change in federal policy into law. I was on the phone with the DFS on July 3 … I will never forget it, because we had to have stay for July 4th or people would not be able to close loans. We got it done as the bill passed both chambers of the state legislature in June 2014, but was not signed into law until five months later.

In your opinion, what can be done to bring more young people into mortgage careers?
Through general recruiting, such as going to college day fairs. We also need more positive press on how mortgage loan originators help people into homeownership. There is so much negative press on the industry and on banking in general that we need to remind people how we, as mortgage professionals, help consumers achieve the dream of homeownership.

How would you define the state of housing in New York?
Home values are increasing, but we have a little way to go in terms of home purchases. There are still a big percentage of homes that remain underwater in New York State as well.