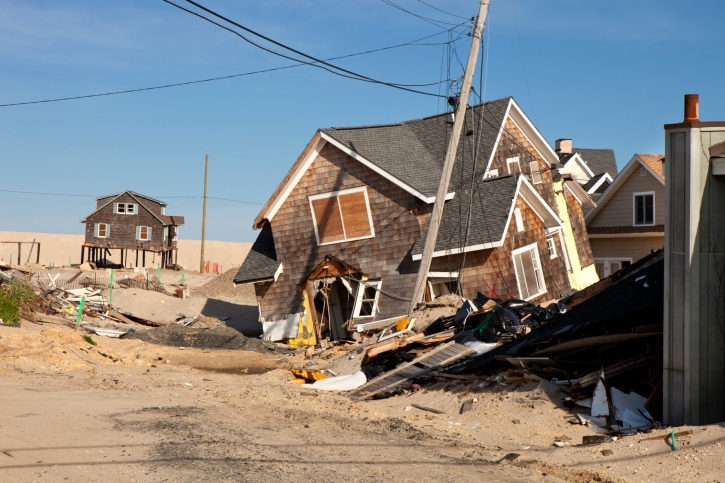 The U.S. Department of Housing and Urban Development (HUD) has decided that it will not force thousands of New York and New Jersey homeowners to repay federal disaster recovery funds following a decision by the Federal Emergency Management Agency (FEMA) to increase flood insurance claim payments to families it initially underpaid following Hurricane Sandy. Federal law provides HUD the discretion to weigh the real-world recovery challenges faced by many of these families against another legal requirement that prohibits any federal ‘duplication of benefits.’

Harriet Tregoning, HUD’s Principal Deputy Assistant Secretary for Community Planning and Development, has informed state and local leaders in the Sandy-impacted region that additional flood insurance proceeds up to $20,000 will not be subject to a duplication of benefits review or collection. This will eliminate the need for HUD grantees to reclaim assistance from these households, or to repay those funds through non-federal sources. To date, three-out-of-four National Flood Insurance Program (NFIP) claimants received less than $20,000 in additional compensation from FEMA and would not face any possible repayment.

Families who received/will receive more than $20,000 in additional flood insurance payments will still have the opportunity to demonstrate the added claim payments address legitimate unmet needs and therefore are not duplicative.

“These families have suffered enough and shouldn’t be further victimized through no fault of their own,” said Tregoning.  “We have a larger responsibility to facilitate recovery, not to hinder it just because these families didn’t receive sufficient flood insurance payments.”

HUD determined that below $20,000, any benefit gained by going through a protracted process of reexamining and documenting costs incurred by homeowners would not outweigh the larger financial and human costs associated with doing so. For those NFIP policyholders who receive more than $20,000 in additional claim payments, HUD will require its grantees (primarily New York State, New York City, and the State of New Jersey) to determine whether any amount over $20,000 duplicates federal assistance already provided.

On Oct. 29th, 2012, Hurricane Sandy devastated the East Coast of the U.S., damaging or destroying 650,000 homes and generating nearly 145,000 claims from homeowners to FEMA’s National Flood Insurance Program (NFIP). Thousands of these policyholders received insufficient flood insurance payments due to alleged fraud on the part of FEMA contractors charged with determining damage payouts. FEMA invited homeowners to appeal their claim payments which resulted (and will continue to result) in additional flood insurance payments.

The Stafford Act requires the Federal Government and its state and local grantees to assure that any Federal assistance deemed duplicative to be repaid. Prior to the decision, many public leaders and homeowners alike expressed concerns that any additional FEMA flood insurance payments would trigger the law’s prohibition against duplication of benefits. However, the Act also gives HUD’s Secretary discretion in those cases where recovering any duplicated benefits would not be in the Federal Government’s interest.