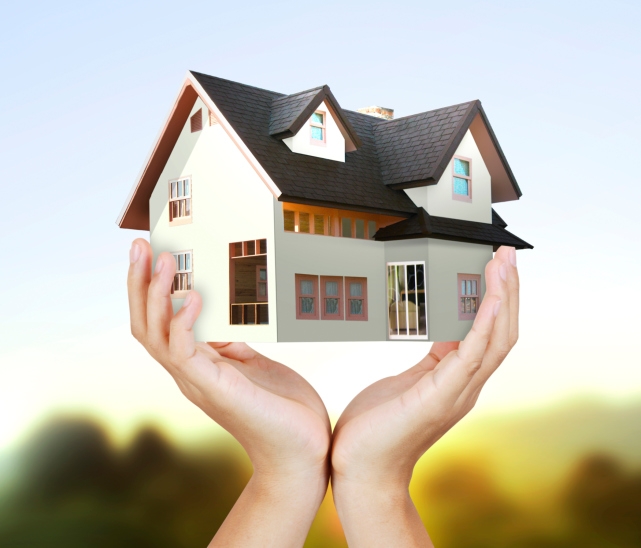 The first batch of good news comes via the latest Mortgage Bankers Association (MBA) Builder Application Survey data, which found mortgage applications for new home purchases increased by three percent from August. Conventional loans made up more than two-thirds of the mortgage products being sought, while the average loan size of new homes increased from $317,035 in August to $324,884 in September. The MBA estimated new single-family home sales ran at a seasonally adjusted annual rate of 548,000 units in September, a 4.6 percent increased from the August pace of 524,000 units. On an unadjusted basis, the MBA estimated 42,000 new home sales in September, an increase of 2.4 percent from 41,000 in August.

"Positive momentum in mortgage applications to homebuilder affiliates lead us to estimate that new home sales were up 29 percent in September compared to a year ago." said MBA Vice President of Research and Economics Lynn Fisher. "It also suggests that housing starts will continue to post relatively strong numbers through the end of the year."

Furthermore, the number of mortgages in serious delinquency (defined as 90 days or more past due, including those loans in foreclosure or REO) declined by 20.7 percent from August 2014 to August 2015 with 1.3 million mortgages, or 3.5 percent, in this category. This marks the lowest serious delinquency rate since January 2008. As of August, the national foreclosure inventory included approximately 470,000, or 1.2 percent, of all homes with a mortgage compared with 629,000 homes, or 1.6 percent, in August 2014.

Frank Nothaft, chief economist for CoreLogic, welcomed the news, but warned that the foreclosure problems facing the housing world had not fully retreated.

“Mortgage performance continues to improve, however there is a dichotomy between the performance of recently originated loans and legacy loans,” Nothaft said. “Newly delinquent loans are at the lowest rates during the last two decades. That reflects the tight underwriting and improved economy during the last few years. However, the foreclosure pipeline of legacy loans remains elevated. Over the last 12 months, there have been 500,000 completed foreclosures, more than double the number during normal periods.” 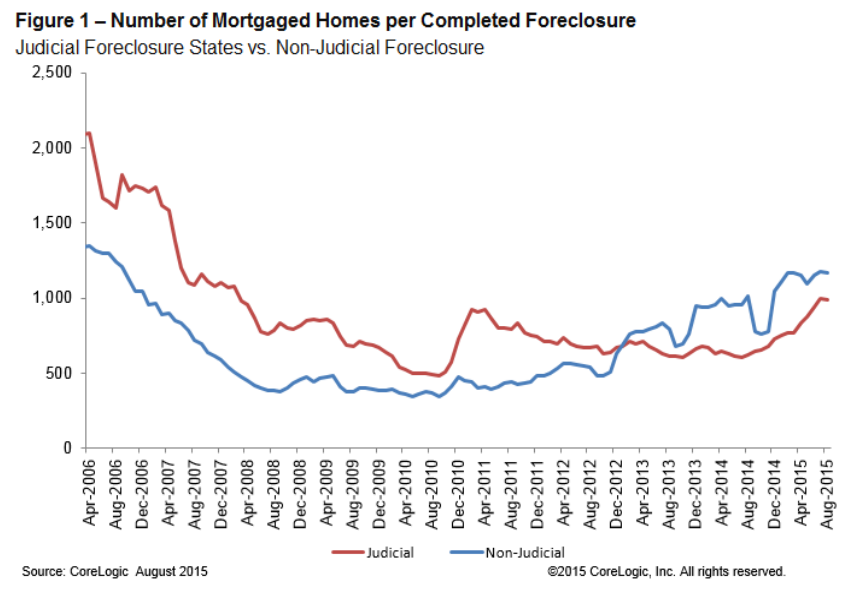 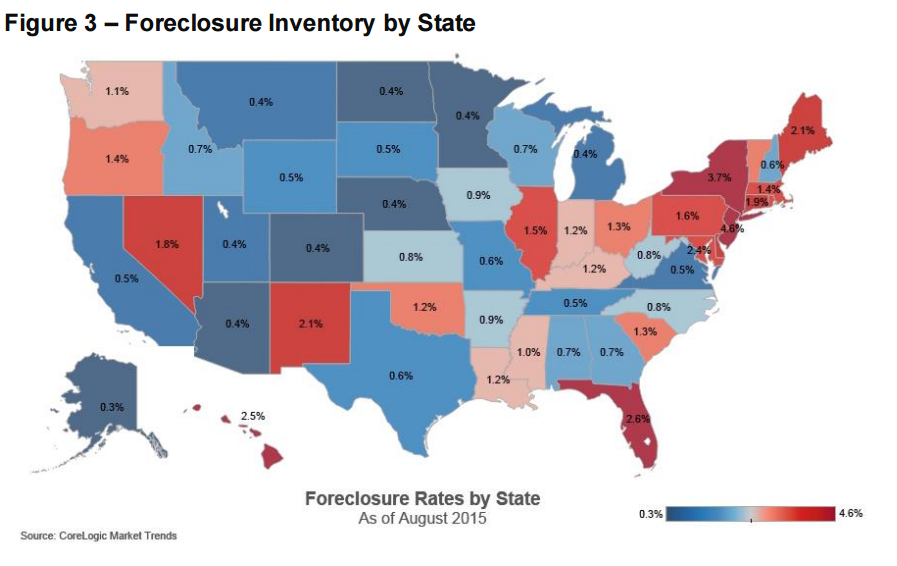 Still, the housing picture appears to be improving—what could possible go wrong? How about a swarm of insects to aggravate the local housing markets? Well, no one is facing a biblical plague of locusts, a new survey from Thumbtack.com 159 of the largest metro areas and analyzed the volume of requests for pest-removal services relative to the population in that metro. 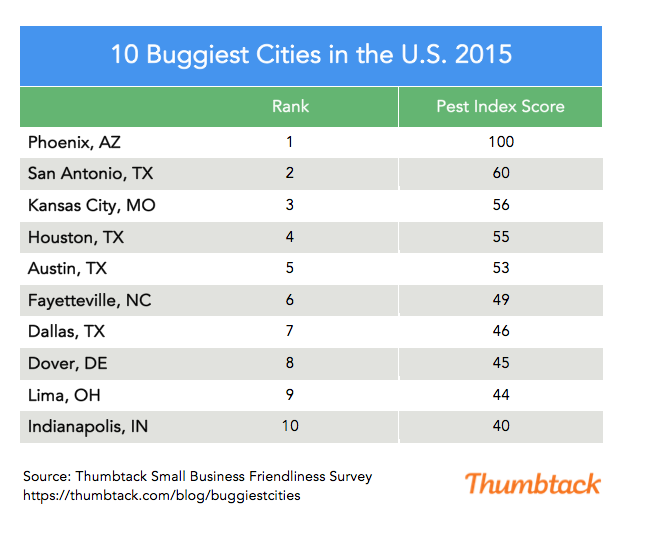