Nader to Yellen: Get Your Husband to Help You – NMP Skip to main content

Nader to Yellen: Get Your Husband to Help You 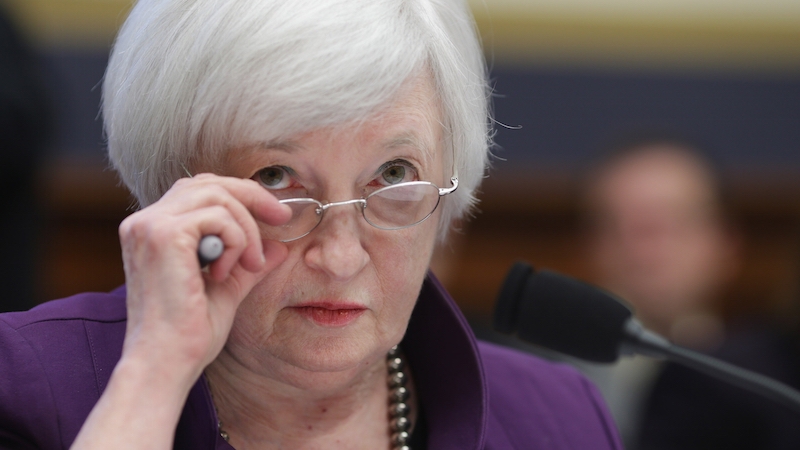 Federal Reserve Chairwoman Janet Yellen engaged in an unusually testy exchange with consumer advocate Ralph Nader over interest rates and her leadership abilities, with Nader even suggesting that Yellen get her husband to help her do a better job.

According to a Bloomberg report, a group titled “Savers for America” sent Yellen a letter calling for higher interest rates on behalf of savers.

“We want to know why the Federal Reserve, funded and heavily run by the banks, is keeping interest rates so low that we receive virtually no income for our hard-earned savings while the Fed lets the big banks borrow money for virtually no interest,” the letter read. “It doesn’t seem fair to put the burden of your Federal Reserve’s monetary policies on the backs of those Americans who are the least positioned to demand fair play.”

The letter also took a fairly personal tone, suggesting that Yellen needed assistance from family and friends to aid in her decision making.

“Chairwoman Yellen, I think you should sit down with your Nobel Prize winning husband, economist George Akerlof, who is known to be consumer-sensitive,” the letter continued. “Together, figure out what to do for tens of millions of Americans who, with more interest income, could stimulate the economy by spending toward the necessities of life. For heaven’s sake, you’re a ‘liberal’ from Berkeley! That is supposed to mean something other than to be indentured by the culture and jargon of the Federal Reserve. If you need further nudging on monetary and regulatory policies of the Fed, other than interest rate decisions, why not invite Berkeley Professor Robert Reich, one of your long-time friends and admirers, to lunch on your next trip home?”

For her part, Yellen warned that “an overly aggressive increase in rates would at most benefit savers only temporarily.” She added that “many of these savers undoubtedly would have lost their jobs or pensions (or faced increased burdens from supporting unemployed children and grandchildren)” if the Fed did not keep rates at historic lows for so long.

The central bank’s policymakers meet again Dec. 15-16, and it is widely expected that the Fed will announce a rate hike at that time.