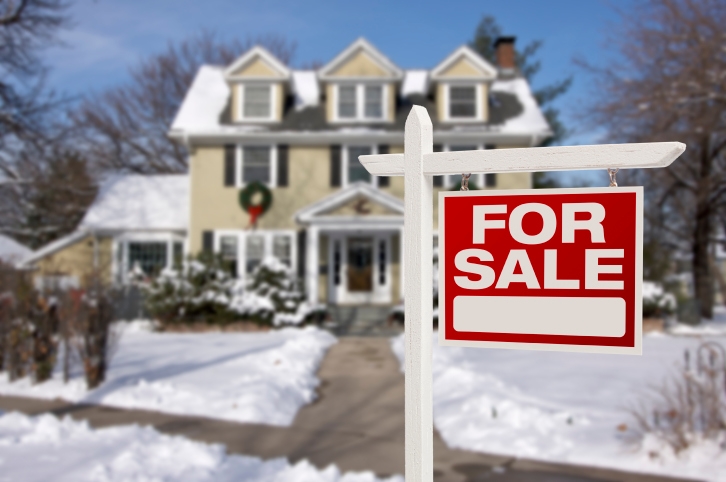 We are now six weeks into 2016 and mortgage rates have yet to rise. Freddie Mac’s latest Primary Mortgage Market Survey (PMMS) has found the 30-year fixed-rate mortgage (FRM) averaged 3.65 percent for the week ending Feb. 11, down from last week when it averaged 3.72 percent. This product is now just above the 2015 low of 3.59 percent. The 15-year FRM this week averaged 2.95 percent, down from 3.01 percent last week, and the five-year Treasury-indexed hybrid adjustable-rate mortgage (ARM) averaged 2.83 percent this week, down from last week’s 2.85 percent.

“In a falling rate environment, mortgage rates often adjust more slowly than capital market rates, and the early-2016 flight-to-quality has run true to form,” said Sean Becketti, chief economist at Freddie Mac. “The 30-year mortgage rate has dropped 36 basis points since the start of the year, while the yield on the 10-year Treasury has dropped 59 basis points over the same period. If Treasury yields were to hold at current levels, mortgage rates might well sink a little further before stabilizing.” 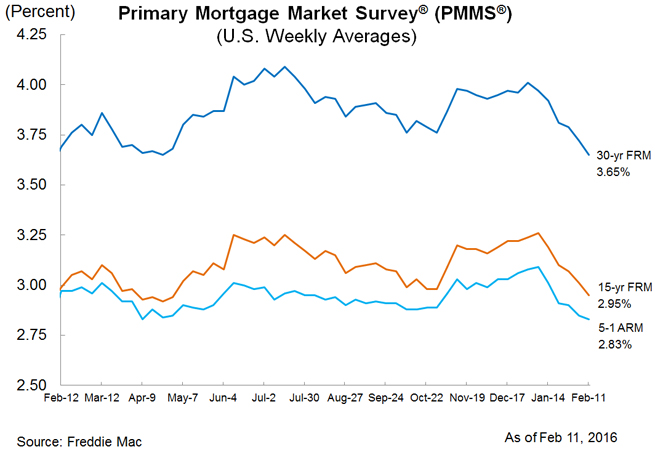 However, the declining rates have not damaged the volume of new home purchases. The Mortgage Bankers Association’s (MBA) Builder Application Survey (BAS) data for January found mortgage applications for new home purchases increased by 14 percent from the previous month, while new single-family home sales were running at a seasonally adjusted annual rate of 499,000 units last month.

The MBA also reported that the seasonally adjusted estimate for January is an increase of four percent from the December pace of 480,000 units, while on an unadjusted basis there were 38,000 new home sales in January, an increase of 11.8 percent from 34,000 new home sales in December. A little more than two-thirds of January’s mortgages were conventional loans, while the average loan size of new homes dropped from $333,182 in December to $325,806 in January.