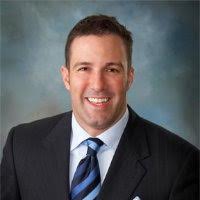 Boyles began his career in community and regional banking, serving as president of the Mortgage Divisions of Valley Bank, American Bank and Trust, and Pulaski Bank. During this tenure, he gained a knowledge of all of the elements of a successful mortgage banking operation, including managing production and operations and overseeing product, pricing, secondary and post-closing functions. Prior to joining Academy, Boyles was regional vice president of the Midwest Division for New American Funding.

Boyles has a bachelor’s degree in business administration from the University of Northern Iowa.