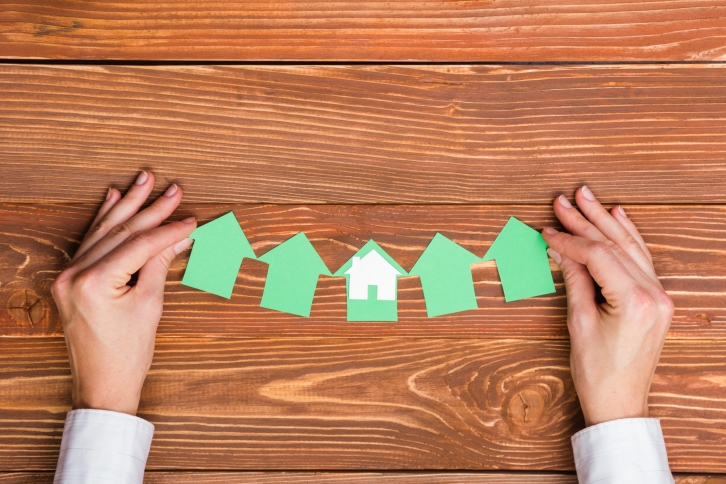 The latest U.S. Census Bureau data reveals a homeownership rate of 63.5 percent in the first quarter of this year, down 0.3 percent from the fourth quarter of 2015 and down 0.2 percent year-over-year. Owner-occupied housing units made up 55.2 percent of total housing units during the first quarter and renter-occupied units made up 31.7 percent of the inventory.

Approximately 86.9 percent of housing units were occupied and 13.1 percent were vacant in the first quarter. Vacant year-round units comprised 9.7 percent of total housing units, while 3.4 percent were for seasonal use. Overall, the national vacancy rates in the first quarter were seven percent for rental housing and 1.7 percent for homeowner housing.

But mortgage professionals will be satisfied to learn that the percentage of buyers making all-cash purchases is on the decline.

“While large institutional investors and other cash buyers continue to shrink as a share of U.S. home sales, these buyers still typically beat out traditional buyers using financing — in some cases even when they submit a lower offer for a home,” said Daren Blomquist, senior vice president at RealtyTrac. “Additionally cash buyers are often willing to take on properties in poor condition that may not readily qualify for standard financing, another reason why cash purchases normally sell at a lower price per square foot.

“In most markets, cash buyers act as an anchor for home values, but in these exceptions to the rule, cash buyers are acting as an oversized sail, catching more wind and pushing home price appreciation to a potentially precarious pace,” he said

But while hiccups remain across the house spectrum, participants in the National Association of Home Builders (NAHB) Spring Construction Forecast Webinar forecasted an upward trajectory in the market in the next 12 months.

“Builders remain cautiously optimistic about market conditions,” said NAHB Chief Economist Robert Dietz. “2016 should be the first year since the Great Recession in which the growth rate for single-family production exceeds that of multifamily. And we see single-family growth accelerating in 2017 as the supply side chain mends and we can expand production.”

“Consumer surveys suggest the ultimate goal of Millennials is to purchase a single-family home in the suburbs,” said Dietz. “We see growth for single-family looking ahead. The recovery continues and is dictated by demand side conditions and supply side headwinds.”

Len Kiefer, deputy chief economist at Freddie Mac, chimed in with agreement that a strong market lies ahead.

“Demographic tailwinds are helping to propel the housing market forward,” said Kiefer, noting that Freddie Mac is projecting 5.9 million total home sales this year, the highest level since 2006, and 6.2 million in 2017.