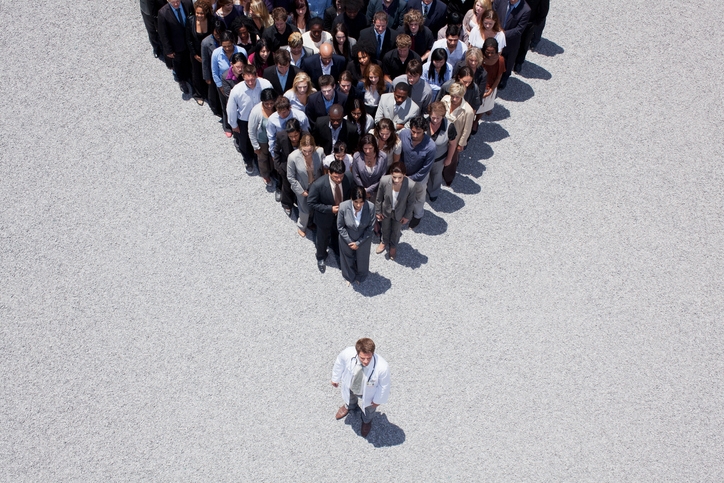 There has been a lot of media attention recently about the political class endeavoring to trim the CFPB’s sails. It seems like many of these politicians have taken the view that the CFPB is an out-of-control agency which should be tamped down. A few of them seem to suffer from such flagitious aggravations that I fear they may die of apoplexy.

Like state banking departments, the CFPB views itself as a consumer advocacy agency. Given that proposition, it will always potentially bear the brunt of corporate concerns not only for the corporations themselves but also for what is best for consumers. This balancing of interests is the way that federal and state agencies work with the financial institutions they supervise.

There are some politicians who believe that there are too many restrictions on financial activities and the CFPB is the cause of a financial system weighed down by so many rules and regulations. But is the Bureau really the cause of too much rulemaking or a symptom of too few boundaries?

It takes no courage for a politician to try to make a lot of noise about undoing the undoable. Dodd-Frank, the foundation on which the Consumer Financial Protection Bureau is codified, is simply not going anywhere. We can expect the Bureau and its Director to push and test the limits of the authorities vested in the CFPB. It is unrealistic to expect less!

The CFPB is a new federal agency and precedent may lead to fiat, unless corporate stakeholders litigate and push back on its plans. And that struggle is not only an opportunity to improve the supervision of institutions but also an obligation to ensure that the consumer is receiving financial protection.

There are claims and counterclaims, disputes and counter-disputes. The 19th century philosopher Georg Hegel described history as a triad process consisting of thesis, antithesis, and synthesis. Applied to an interpretative method, the process sets forth an assertable proposition (thesis), which is necessarily opposed by its apparent contradiction (antithesis), and both thesis and antithesis are reconciled on a higher level of truth by a third proposition (synthesis). In context, the thesis is the rulemaking, the antithesis is the apparent contradiction and concerns, and the synthesis is a reconciliation of both projects.

Here’s the problem, though: the CFPB seems to be setting rules outside of the judicial and rulemaking process, thereby removing the force of the triad, the means by which precedent and rulemaking are built. It has adopted a pattern of promulgating rules by means of administrative action. Put otherwise, we are getting the thesis, by-passing the antithesis, and never getting to synthesis. This means that the so-called “grey area” expands into a treacherous badland where a chain reaction of results cannot be predicted. To put a finer point on this outcome, it makes companies into vagabonds, unwittingly going rogue in the midst of an already highly regulated legal and regulatory environment.

As Thomas Harman wrote in the 16th century in his book on vagabonds and rogues – indeed, he was one of the first writers to use the word “rogue” -  there is a taxonomy of rogues in a vagabond society. He categorized these rascals as Abram Men, Autem Morts, Bawdy Baskets, Counterfeit Cranks, Demanders for Glimmer, Dells, Doxies, Dummerers, Fraters, Hookers or Anglers, Jarkmen or Patricos, Kinchin Coves, Kinchin Morts, Palliards, Priggers of Prancers, Rufflers, Swadders or Pedlars, Tinkers or Priggs, Upright Men, Walking Morts, Whipjacks or Freshwater Mariners, Wild Rogues, and, of course, just plain Rogues. Given the way that the Bureau leaves this terra incognita so unattended by judicial process, but seemingly made less unruly by administrative process, perhaps it views the interstitial inhabitants residing there as boonies in the boondocks, Swadders or Pedlars, as Harman states, who "not all be evil, but of an indifferent behaviour". Since Harman’s day, some well-known thinkers have noted that the vagabond barrens are “fruitful sources of fertile error.” To the financial institutions supervised by the Bureau, it surely seems to be the case!

So, next time politicians get all uppity and glowing in effervescent contemptuousness about restraining the Bureau from its overreaching tactics, maybe it would be a better use of their zeal to insist on a way to require the Bureau to implement its rulemaking along mostly already existing means. Maybe that will sufficiently excite these politicians to climb down from their inveterately pusillanimous posturing and actually do something for the boonies who are just trying to comply with the law.