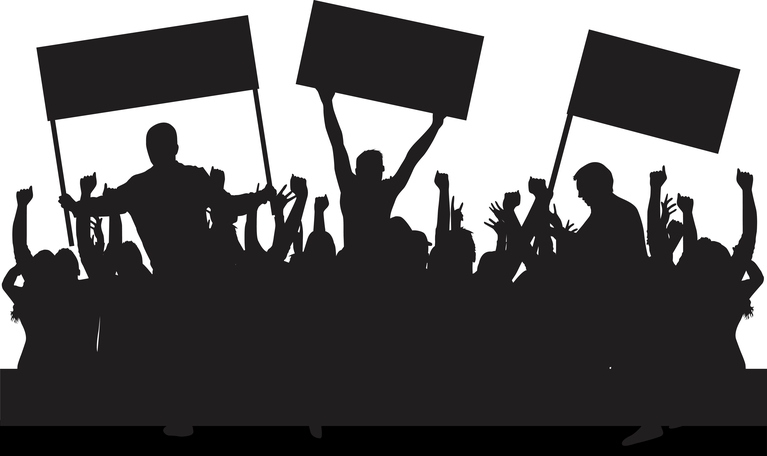 Individuals identifying themselves as being with the Black Lives Matter movement chained themselves to the City Hall in Cambridge, Mass., today to protest the shortage of affordable options in that housing market.

According to a Boston Globe report, two female protestors used U-shape bicycle locks to attach themselves to the City Hall entrance early this morning. The women were linked to two men that used plastic tubing wrapped in duct tape to make a human chain. The protestors used the Periscope app to broadcast their actions online and drew a crowd voicing their support, but they were removed from the property around 9:30 a.m. this morning when police detached the door handles from the building’s entrance.

Before being taken away, the protestors put forth a series of demands relating to housing. Their demands included a quote of 25 percent inclusionary housing in new residential developments of nine or more units, the creation of a municipal rent-to-own program and the conversion of city-owned properties into affordable housing complexes.

City Councilor Marc McGovern attempted to address the protestors and the gathering crowd, but he was not greeted with any degree of enthusiasm. Nonetheless, McGovern insisted that the issue regarding affordable housing in Cambridge was not being ignored.

“It’s a delicate balance,” he said. “But I just want you to know that this is important to us, and we’ve been on this for a while.”