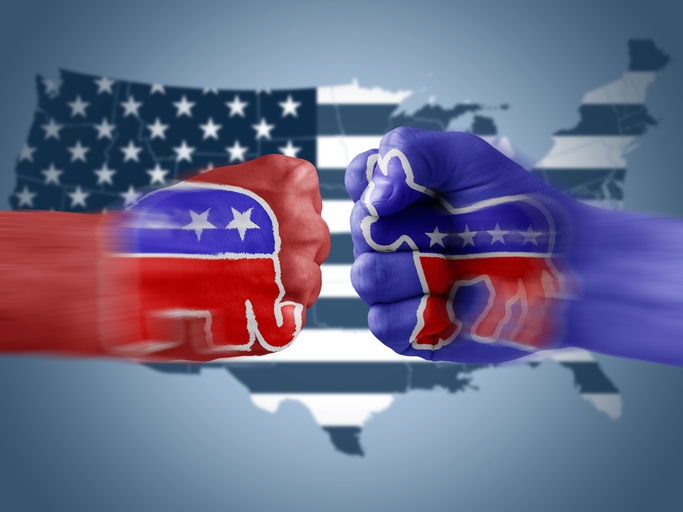 The highly charged political environment became more onerous as one of the nation’s most prominent financial services companies has issued a ban on executives offering financial contributions to the Republican presidential ticket.

According to a Fortune report, Goldman Sachs has enacted a new rule on Sept. 1 that prevents its partners from contributing to political campaigns that prevents them from donating to individuals running for either local or state offices, as well as to state-level politicians seeking federal offices. This rule would disqualify support for Donald Trump’s presidential bid because his running mate, Tim Pence, is governor of Indiana.

However—perhaps a bit too conveniently for some people—this would not prevent donations to Hillary Clinton’s presidential campaign, as her running mate Tim Kaine is a U.S. senator representing Virginia. Clinton has a longstanding relationship with Goldman Sachs, with CEO Lloyd Blankfein donating to her first presidential bid in 2008, and Clinton’s speeches before Goldman Sachs executives has been a source of controversy during this election season, with the candidate repeatedly refusing to make public the transcripts of her presentations.

Blankfein has declined to acknowledge whether he is voting for Clinton in November, and the company would not publicly comment on this new rule. But an internal memo obtained by the website Politico suggested that the rule was designed to protect the firm from violating Securities and Exchange Commission rules.

“The policy change is also meant to minimize potential reputational damage caused by any false perception that the firm is attempting to circumvent pay-to-play rules, particularly given partners’ seniority and visibility,” the Goldman Sachs memo stated. “All failures to pre-clear political activities as outlined below are taken seriously and violations may result in disciplinary action.”

While the new rule is aimed strictly at Goldman Sachs’ partners, all of the company’s employees need approval from the firm before they can make any campaign contributions.