A Mixed Day in Mortgage Banking 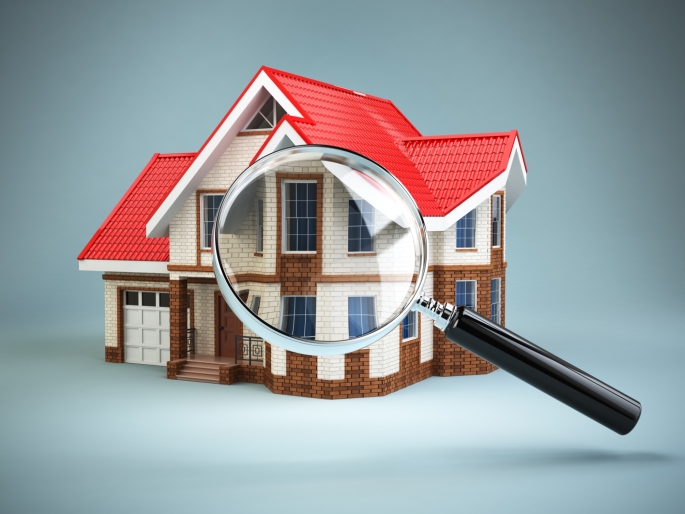 Today brought a rush of new data focusing on various aspects of the mortgage world, with equal parts disappointing and encouraging news.

The National Association of Realtors (NAR) reported total existing-home sales dropped by 0.9 percent to a seasonally adjusted annual rate of 5.33 million in August from a downwardly revised 5.38 million in July. This is the second consecutive month that existing-home sales were in decline, although August’s level was 0.8 percent higher than the August 2015 level of 5.29 million.

Also on the decline were the total housing inventory—2.04 million existing homes available for sale, down 3.3 percent from July and down 10.1 percent from a year ago—and the share of first-time home buyers—31 percent in August, down from 32 percent in the previous month and previous year. But on the rise were the percentage of all-cash sales—22 percent in August, up from 21 percent in July and unchanged from a year ago—and the median existing-home price for all housing types—$240,200, up 5.1 percent from the August 2015 level of $228,500. August marked the 54th consecutive month of year-over-year increases for the median existing-home price. 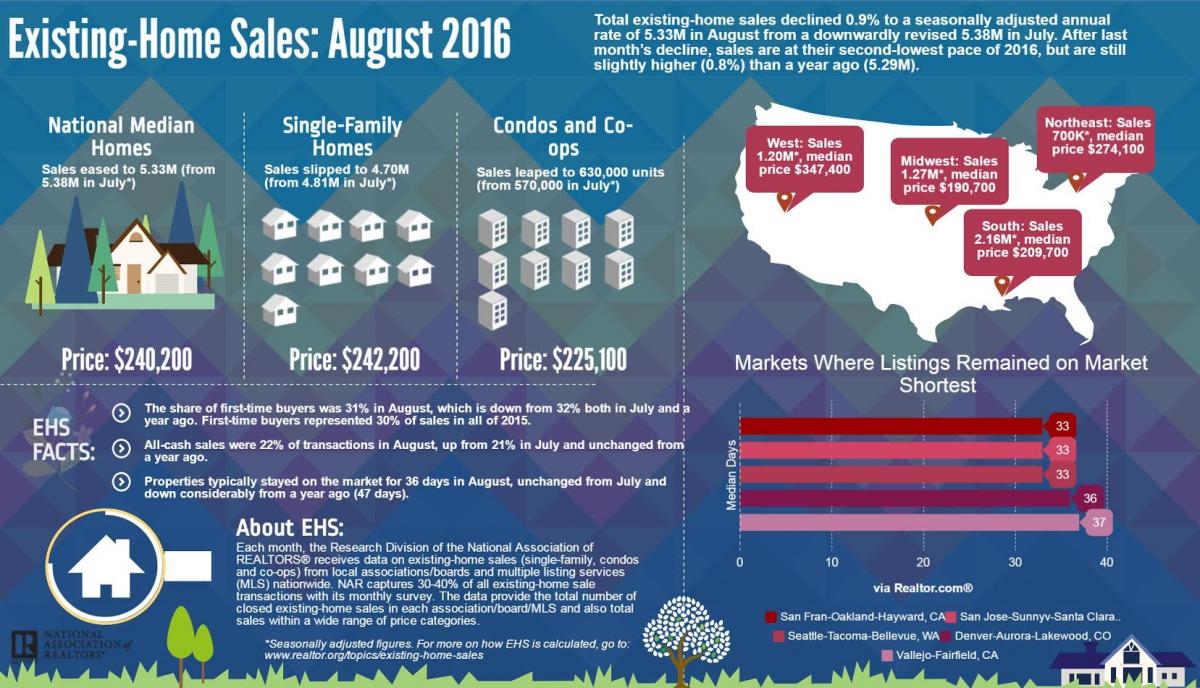 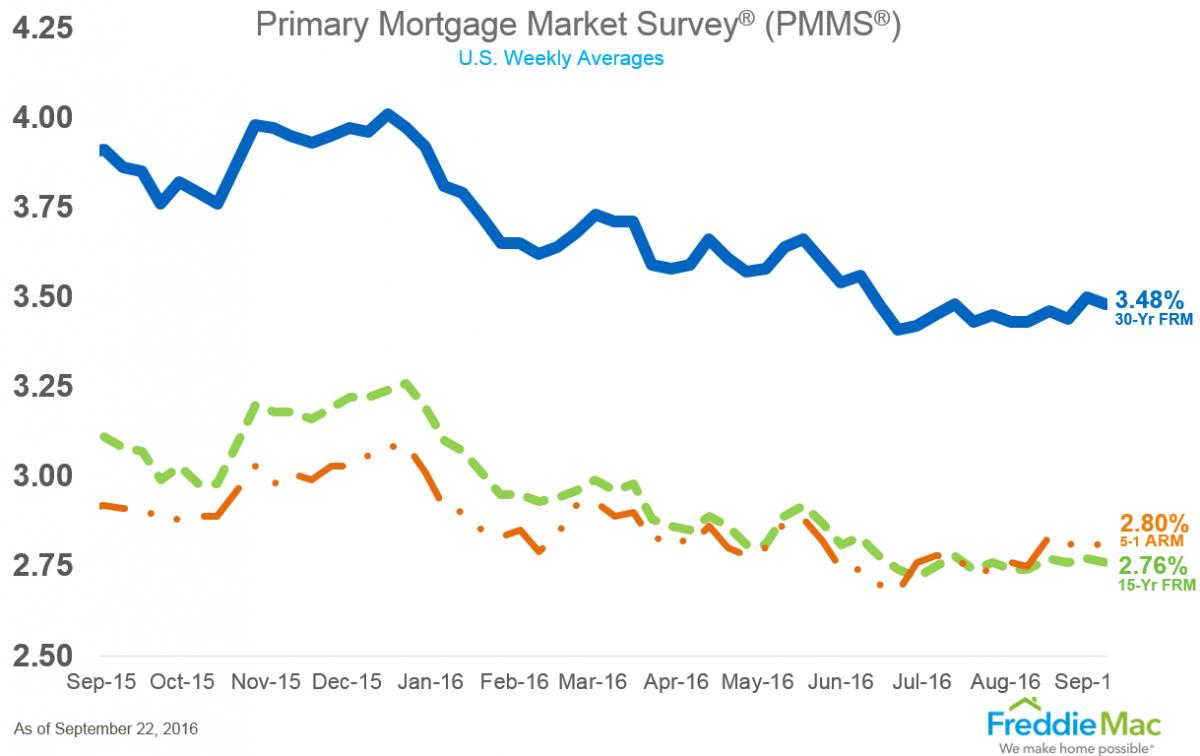 And more dreary news came from CoreLogic, which reported a 3.9 percent year-over-year increase in fraud risk, as measured by its proprietary Mortgage Application Fraud Risk Index. During the second quarter of this year, an estimated 12,718 mortgage applications, or 0.70 percent of all mortgage applications, betrayed evidence of fraud, as compared with the reported 12,814, or 0.67 percent in the second quarter of 2015.

“Mortgage application fraud risk will likely rise over the next few years if current trends of higher LTV purchases and increased credit availability continue,” said Bridget Berg, senior director of fraud solutions strategy for CoreLogic. “Because post-fund quality control findings are biased to specific types of fraud that are easy to detect shortly after closing, lenders should not rely only on those results to measure fraud risk.” 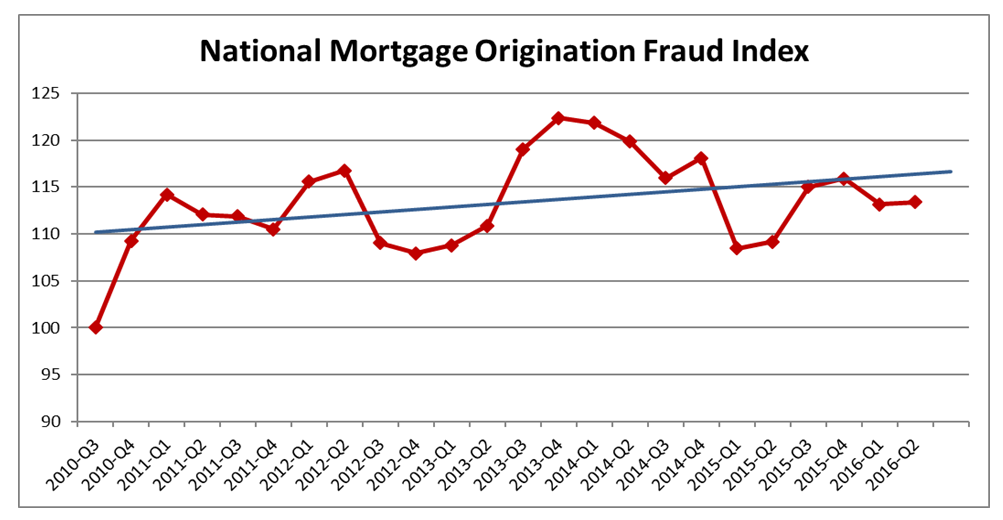 Nonetheless, there was some good news to be found in today’s data reports. Black Knight Financial Services (BKFS) reported the monthly prepayment rate experienced a 32 percent month-over-month spike in August, reaching a 1.67 percent level that is the highest Single Month Mortality rate in over three years. August also saw a six percent drop in delinquencies from July, while the inventory of loans in foreclosure has been dropping for 19 consecutive months and in 51 of the past 52 months.

Also, the Federal Home Finance Agency (FHFA) reported that house prices were up 0.5 percent on a seasonally adjusted basis from June to July, with all nine census divisions experiencing increases on both a monthly and year-over-year basis.

And Zillow reported home values are up five percent on an annual rate in August, reaching an average of $188,100, despite a national inventory that is five percent lower than it was a year ago. Double-digit year-over-year home value appreciation was recorded in Portland, Dallas, Seattle and Denver. But Zillow predicted home value growth will slow to a 2.7 percent appreciation rate by this time next year.

As for the renting side of housing, Zillow noted that rents were appreciating a 1.7 percent rate in August, averaging $1,405, a marked slowdown from last year when rents were up over six percent.

"The housing market is starting to smooth out ever-so-slightly, as the peak home shopping season winds down," said Zillow Chief Economist Svenja Gudell. "This is good news for frenzied buyers tired of tight inventory, rapidly rising home prices and intense competition. Inventory, while still down nationwide and in most areas, is actually starting to rise in a handful of markets, including the Bay Area, Texas and parts of the Southwest. Rent growth has slowed considerably from just a few years ago, giving renters a chance to save enough to buy a home. But make no mistake, it's still tough out there for buyers, especially in Western markets like Seattle, Denver and Portland that have strong job growth. Things won't switch from a sellers' market to a buyers' market overnight, but conditions are starting to improve."