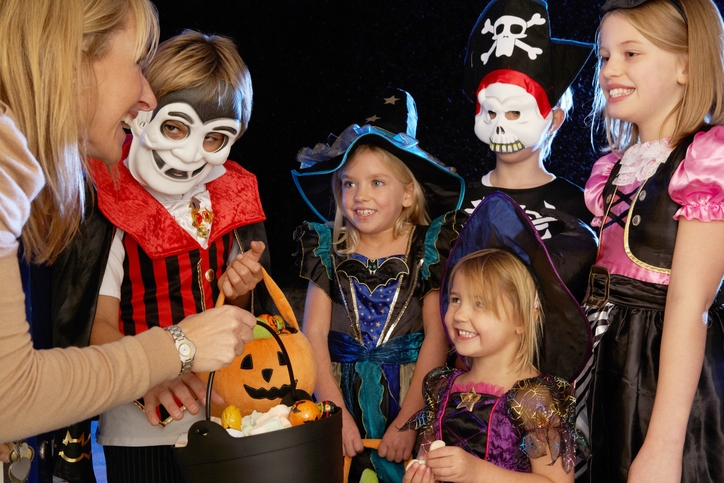 The treat aspect of trick-or-treat will be uncommonly strong in Philadelphia this Halloween, according to a Great Pumpkin-worthy data analysis from Zillow.

With Halloween only a few weeks away, Zillow’s team of economists looked at home values, single-family home density, crime rate and the share of the population under 10-years-old to determine which major markets would offer masked and costumed kids the best territory for collecting candy on Halloween night. Philadelphia topped the list, followed by San Jose, San Francisco, Milwaukee, Los Angeles, Phoenix, Denver, Portland, Seattle and Columbus, Ohio.

"The national ranking is a fun way for trick-or-treaters and their parents across the country to assess how their city compares to others this Halloween season," said Zillow Chief Economist Svenja Gudell. "But what's really important are the local hot spots, which is why we also identified the five best neighborhoods for trick-or-treating in each of the top cities. For candy hunters in cities not on the list, look for areas with lots of decorated homes and neighborhoods with other kids running around in the holiday spirit." 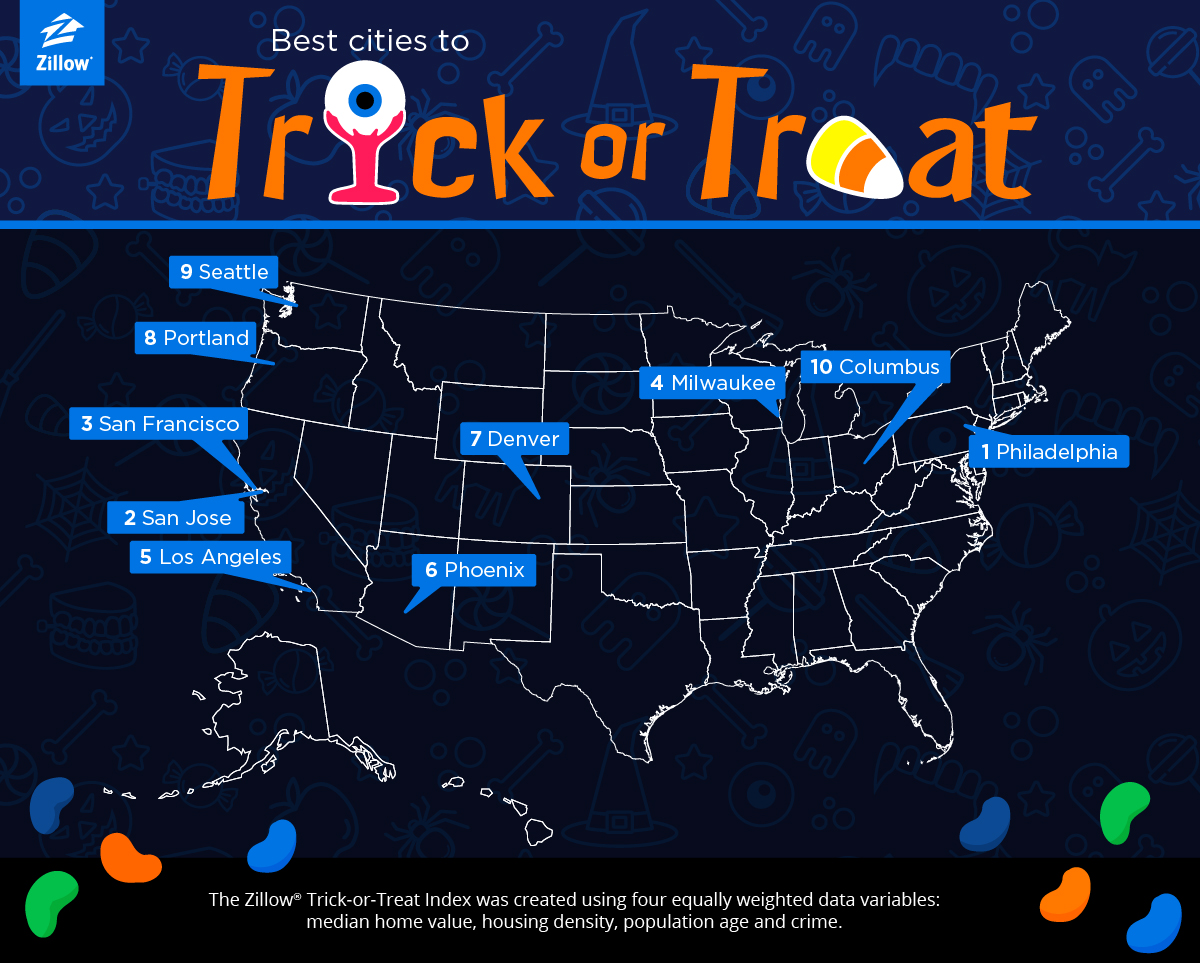