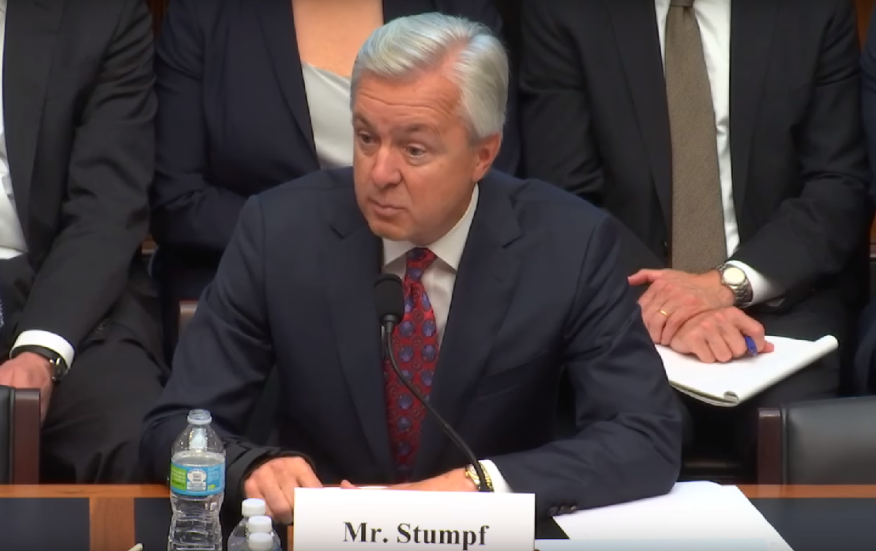 Wells Fargo has announced that Chairman and Chief Executive Officer John Stumpf has informed the company’s Board of Directors that he is retiring effective immediately. The Board elected Tim Sloan, the company’s president and chief operating officer, to succeed him as CEO, and Stephen Sanger, its lead director, to serve as the Board’s non-executive chairman, and independent director Elizabeth Duke to serve as vice chair. Sloan also was elected to the Board.

Stumpf, a 34-year veteran of the company, joined Wells Fargo in 1982 as part of the former Norwest Bank, becoming Wells Fargo’s CEO in June 2007 and its chairman in January 2010.

Stumpf’s announcement comes on the heels of the company’s grilling before the House Financial Services Committee where the bank is accused of creating more than two million fake bank and credit card accounts and dismissing nearly 5,300 workers over several years.

According to the Los Angeles Times, Stump is not set to receive any severance, but still will retain more than $100 million in vested stock, plus accumulated pension and 401(k) benefits exceeding $24 million.

“I am grateful for the opportunity to have led Wells Fargo,” Stumpf said in a statement. “I am also very optimistic about its future, because of our talented and caring team members and the goodwill the stagecoach continues to enjoy with tens of millions of customers. While I have been deeply committed and focused on managing the company through this period, I have decided it is best for the company that I step aside. I know no better individual to lead this company forward than Tim Sloan.”

Earlier this year, Wells Fargo reached a deal with the U.S. Department of Justice (DOJ) to settle civil mortgage fraud claims stemming from Wells Fargo’s participation in the Federal Housing Administration (FHA) Direct Endorsement Lender Program. In the settlement, Wells Fargo agreed to pay $1.2 billion and admitted, acknowledged and accepted responsibility for, among other things, certifying to the Department of Housing & Urban Development (HUD), during the period from May 2001 through December 2008, that certain residential home mortgage loans were eligible for FHA insurance when in fact they were not, resulting in the government having to pay FHA insurance claims when some of those loans defaulted