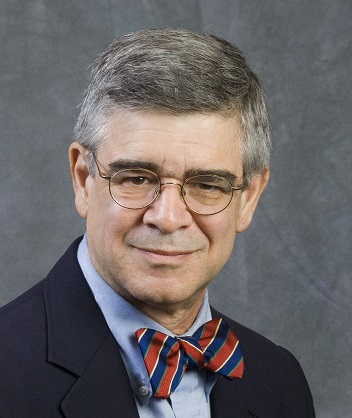 A prominent economist is expressing concern that attempts by the federal government to strong-arm Deutsche Bank into accepting its demands for a $14 billion settlement could spark a new recession.

Dr. Peter Morici (pictured right), a business professor at the University of Maryland, wrote in his syndicated column that Deutsche Bank is in a precarious financial state and cannot withstand the hefty settlement costs demanded by the U.S. Department of Justice as a resolution for charges of problematic mortgage-backed securities activities in the period before the 2008 crash.

“The largest bank in Europe’s largest economy has a balance sheet still burdened by dodgy securities and is badly run and not very profitable,” Dr. Morici wrote. “Virtually all European banks are suffering from slow growing economies and ultra-low interest rates that make moving bad loans sitting on their books from the financial crisis tough, and identifying suitable candidates for new loans and earning profits even tougher … We are told over and over again that Deutsche Bank is no Lehman Brothers. It can’t pull down the global financial system, because the European Central Bank stands ready to lend virtually unlimited amounts of cash against the bank’s assets. However, as was the case with Greek banks during their crisis, the ECB likely would require the German government to cosign those loans—essentially, underwrite the kind of bailout German Chancellor Angela Merkel has firmly denounced. As importantly, many of Deutsche Bank’s assets are derivatives and difficult to value securities that could prove hard to peddle in a crisis. Deutsche Bank may have to resort to a ‘bail-in’ as recent European bank reforms require. That is, compel bondholders to take stock to replace their claims and bear huge losses in the bargain.”

Dr. Morici added that if Hillary Clinton becomes president, she would push for a financial policy that would exacerbate a shaky situation.

“American regulators may believe Dodd-Frank regulations make U.S. banks less vulnerable to a meltdown in Europe, but don’t bet on it,” he continued. “Deutsche Bank has wide interconnection with banks around the world, including our venerable towers of finance in Manhattan. Cumbersome new compliance requirements have substantially reduced lending and driven down profitability. And those require big banks to write living wills that specify how they would sell off assets in a crisis. But like Deutsche Bank and U.S. banks in 2008-2009, most of their assets and stock could prove unmarketable should the economy turn south. Nonetheless, Mrs. Clinton’s Administration would likely double down on these regulatory measures. If Congress permits her to do so and expand Obamacare, impose a national $15 percent minimum wage, finance broader subsidies for child care and college tuition, and impose other new regulatory burdens—such as, federalize the California Fair Pay Act—that would likely cook the goose."