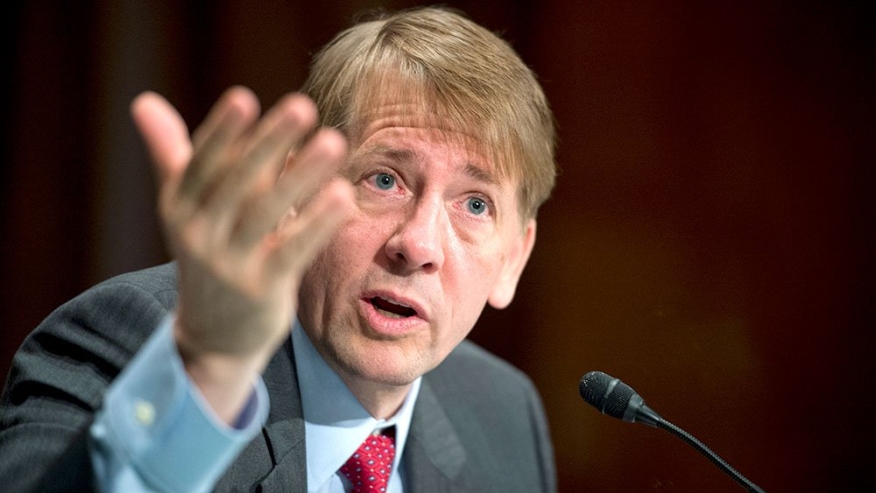 A former Trump presidential campaign leader is calling on the White House to give Richard Cordray the boot while a prominent GOP legislator is expressing disappointment that the director of the Consumer Financial Protection Bureau (CFPB) still has his job.
In an interview broadcast yesterday on NBC’s “Meet the Press,” one-time Trump presidential campaign manager Corey Lewandowski expressed his hope that new White House Chief of Staff John F. Kelly will coordinate Cordray’s heave-ho from the CFPB. “He’s a person who is now all but running for governor in the state of Ohio, and he’s sitting in federal office right now,” Lewandowski said. “I hope that the new chief of staff looks at him moving forward and saying it’s time to act decisively.”
Cordray has been mentioned as a potential candidate for the Democratic nomination in the 2018 Ohio governor’s race, although he has yet to announce his plans for that race. While Lewandowski agitated for Cordray’s firing, Rep. Sean Duffy (R-WI) told the Washington Examiner editorial board that Capitol Hill Republicans were unhappy that Cordray is still in Washington.
“The one disappointment with Trump is that he still has Richard Cordray at the CFPB,” Duffy complained. “That Cordray is still there is incredibly disappointing.”
Duffy added that any controversy that could arise from the president’s dismissal of CFPB would help to highlight complaints about the agency while effectively ending Cordray’s political career.
"Frankly, if he wanted to fight his removal, it would be great," Duffy said. "We'll talk about the racism and the sexism at the CFPB. The history is long and rich. He won't be elected to a Senate seat in Ohio or a governorship in Ohio when we have a great public exposure of Richard Cordray. I wish that would be the path forward."
Link copied
Published
Jul 31, 2017
Coming Up See All
Aug
18
Maximum Acceleration
Las Vegas, NV
Aug
19
Originator Connect
Las Vegas, NV
Aug
19
Non-QM Summit
Las Vegas, NV
Get the Daily
Advertisement
Advertisement
Non-QM
Impac Mortgage Slashes Staffing Levels By 48%