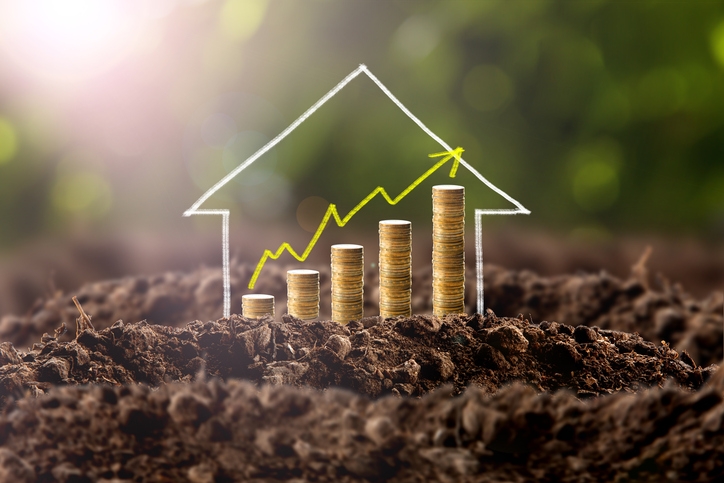 The national median home value in August grew by 6.9 percent over the last year to $201,900, according to new data from Zillow. Among the major metro markets, Seattle was the only location where home values rose at a double-digit annual pace, up 12.4 percent since last August to a median home value of $453,100.
However, there were 12.6 percent fewer homes available in August compared to one year earlier. Two California markets, San Jose and San Diego, saw the most dramatic evaporation in inventory, down 59.4 percent and 37.2 percent year-over-year, respectively. And the situation was also pricey for renters: annual rent appreciation was up for the fourth consecutive month, with rents increasing 1.9 percent from last August to $1,430.
While Zillow noted that more than half of all either matched or surpassed the value they reached during the housing boom years, homes in the bottom third of the market within 24 of the largest 35 metro areas are the least likely to have recovered the value that vanished following the collapse of the housing bubble.
"The housing market, as a whole, is moving at a steady clip, with high demand and low inventory combining to maintain strong home value appreciation," said Zillow Chief Economist Svenja Gudell. "Most new construction has been at the higher end of the market, so demand for the limited supply of entry-level homes is pushing up their values, but these homes also lost more value when the bubble burst. Many of these homeowners are still waiting to see their homes come back to where they were about 10 years ago. Even as headline numbers show an overall recovery, there are still thousands of Americans struggling to bounce back from the housing bust." 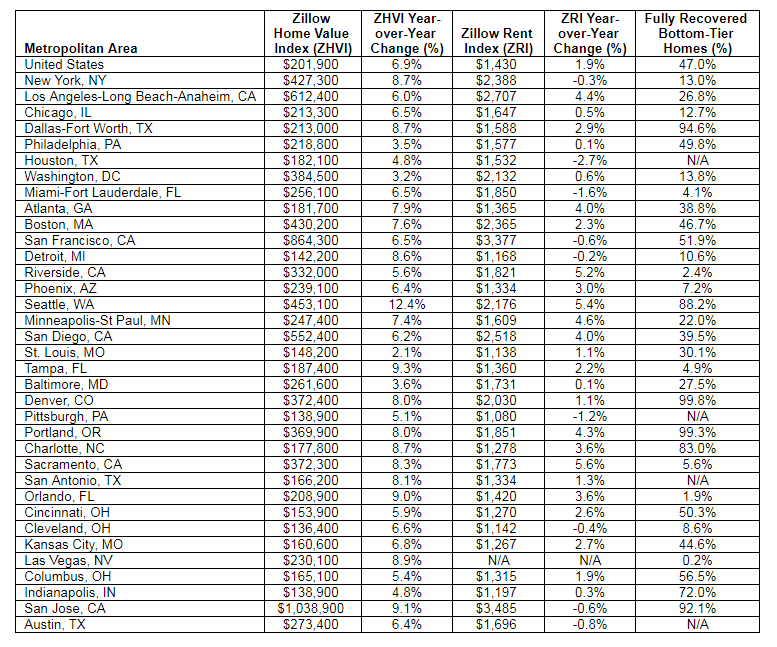