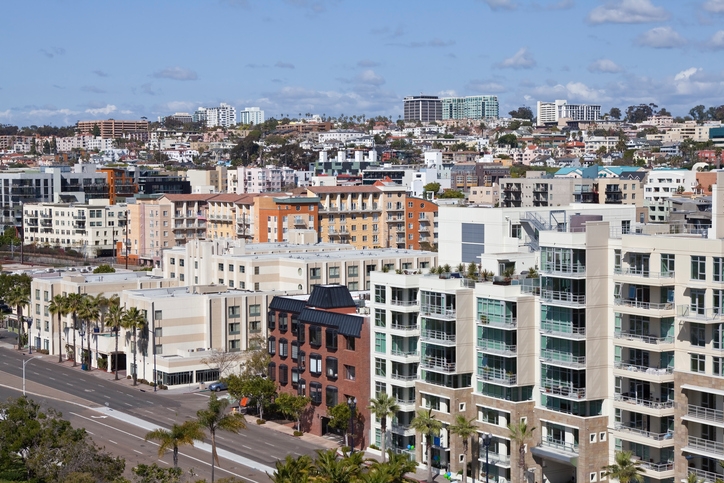 San Diego will need to triple the number of homes constructed each year if it hopes to keep up with the current level of housing demand while keeping prices down, according to a report issued by the San Diego Housing Commission.
The San Diego Union Tribune is reporting that a shrinking inventory is fueling the dramatic increase in the area’s housing costs. The report stated an additional 150,000 to 220,000 housing units—covering single-family homes, condos and rental apartments—need to be built in the next 11 years, which would be between 17,000 to 24,000 a year. In the last five years, San Diego only saw 6,400 units constructed.
The report added that a too-pricey housing market ultimately costs the city jobs and prevents companies from recruiting new workers. The report also claimed there was an environmental aspect to this problem, because affordable housing is often far from employment and education centers and would require people to take lengthy automotive commutes.
In order to spur housing activity, the report recommended the loosening of parking requirements, the hiring of a citywide grants coordinator and speeding up the land-use approval in key community planning.
“Whether you are working a minimum wage job or have a college degree and working a full-time job making a decent amount of money, you still can’t afford to rent or buy in San Diego,” said Councilman David Alvarez at a press conference. “That is alarming.”
Link copied
Published
Sep 22, 2017
Coming Up See All
Aug
03
New York Mortgage Expo
Suffern, NY
Aug
10
OriginatorTech
Virtual
•
11:00 AM ET
Aug
12
California Mortgage Expo – San Diego
San Diego, CA
Get the Daily
Advertisement
Advertisement
Industry News
Anchor Loans Hires Andrew Jewett As SVP, Enterprise Sales