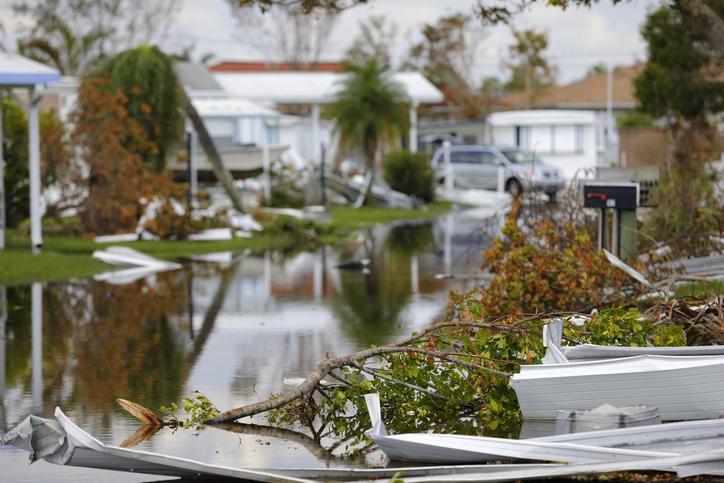 The majority of mortgage buyers impacted by Hurricanes Harvey and Irma carries significant equity in their residential properties, according to a new data analysis by Black Knight Inc.
The average combined loan-to-value ratio for homeowners with mortgages in Hurricane Harvey-related disaster areas in Texas and Louisiana is 53 percent, with an average of approximately $131,000 in equity per borrower.
“Before Hurricane Harvey made landfall, the average combined loan-to-value ratio (CLTV) for homeowners with mortgages in what became FEMA-designated disaster areas was 53 percent,”. “Right on par with the national average, that’s the lowest we’ve seen since prior to 2004,” said Black Knight Data & Analytics Executive Vice President Ben Graboske. “That works out to a lot of skin in the game, and will likely serve as strong motivation for borrowers not to walk away from a storm-damaged home. In addition, over 75 percent of mortgages in the Hurricane Harvey footprint are held in Fannie Mae, Freddie Mac or Ginnie Mae securities. Therefore, the bulk of borrowers affected by the storm will be able to find assistance under the various foreclosure moratoriums and forbearance programs that have been instituted.”
As for Hurricane Irma, Black Knight found fewer than four percent of homeowners in the areas impacted by Hurricane Irma have less than 10 percent equity.
“The 48 FEMA-declared Hurricane Irma disaster areas include over 90 percent of the [Florida’s] mortgaged properties,” Graboske said. “To put this in perspective, that means that by balance, over five percent of all mortgages in the U.S. are included in Hurricane Irma’s disaster areas. Unlike Houston, though, where all-time-high home prices have contributed to a significant reduction in negative equity, home prices in Florida remain 17 percent below their 2006 peak. On average, borrowers in Hurricane Irma-related disaster areas have a CLTV of 57 percent, somewhat higher than the national average.”
Graboske also noted that out of the 3.2 million borrowers impacted by Irma, an estimated 170,000 were in negative equity before the storm, while another 180,000 having less than 10 percent equity in their homes.
“Due to lackluster home price recovery since the housing crisis, the negative equity rate in Irma’s disaster area is nearly twice the national average,” Graboske said.
Link copied
Published
Oct 02, 2017
Coming Up See All
Sep
28
DealDesk: Introduction to Acra Lending's Light Doc Programs
Webinar
2:00 PM ET
Sep
29
How to Win with Non-Delegated Correspondent - Key Insights on the Model and Fulfillment Solutions
Webinar
2:00 PM ET
Oct
06
How to Use Credit as A Strategic Tool to Attract More Leads, Make Better Offers and Close More Loans
Webinar
2:00 PM ET
Get the Daily
Advertisement
Advertisement
Military Lending
Saluting Military Lenders And Originators