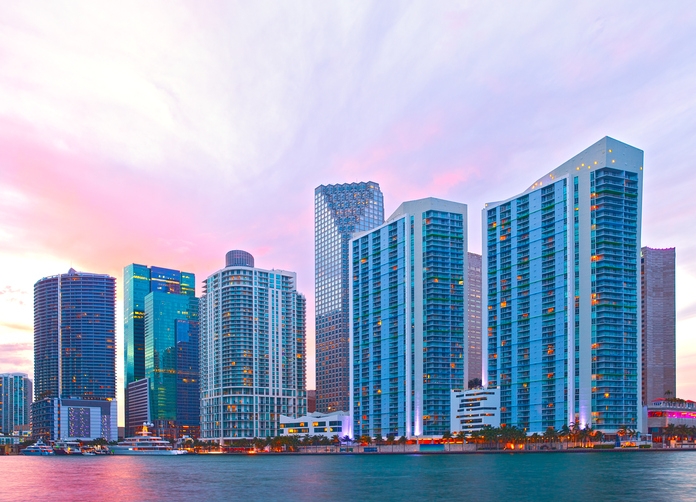 The Miami real estate market is playing a surprise central role in Argentina’s political environment following reports that former President Cristina Fernández de Kirchner purchased more than 60 Miami properties using dubious funding.
According to a Miami Herald article, Fernández de Kirchner is running for Argentina’s Senate in an Oct. 22 election, but her campaign hit a stumbling block when Laura Alonso, the head of Argentina’s Anti-Corruption Office, went on national television to accuse Fernández de Kirchner of using “dirty money” to buy up residential and commercial Miami real estate.
“We’re working to recover those assets using a strategy of international collaboration,” said Alonso, who described the former president’s alleged real estate holdings “just the tip of the iceberg of all of the money that is likely distributed in the darkest circuits of the international financial system.”
However, Alonso’s office failed to offer evidence to support her accusations, insisting that they could not discuss ongoing investigations. An earlier investigation by the Miami Herald found a link by Fernández de Kirchner to only 16 properties, including a CVS pharmacy in Little Havana, and all of the properties have since been sold.
Fernández de Kirchner’s attorney stated that accusations against his client were politically motivated and that she owns no properties in Miami. “Everything Laura Alonso said lacks seriousness and is also false,” said Attorney Gregorio Dalbón.
Fernández de Kirchner served as president between 2007 and 2015, faces two unrelated indictments for corruption.
Link copied
Published
Oct 06, 2017
Coming Up See All
Aug
10
OriginatorTech
Virtual
•
11:40 AM ET
Aug
12
California Mortgage Expo – San Diego
San Diego, CA
Aug
17
Leverage AI-Powered Document Automation & Key Servicing Tasks
Webinar
1:00 PM ET
Get the Daily
Advertisement
Advertisement
Analysis and Data
Mortgage Rates Slip In The First Week Of August 2021