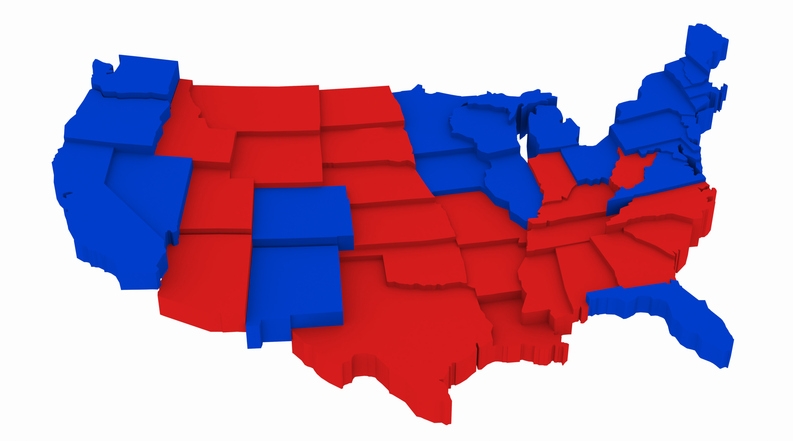 The nation’s political environment seems to be impacting its housing markets, according to a new data analysis from Redfin that found 7.4 percent more people moved out of politically blue counties than to them during the first half of this year. In comparison, politically red counties saw about one percent more people moving in than moving out while so-called purple counties, where there’s a more balanced share of Democrats and Republicans, found 3.9 percent more people moving in than out.
Within swing states, the move away from blue was more pronounced. The blue counties lost 9.2 percent more people than they gained, while Republican-focused red counties gained 2.3 percent more than they lost.
However, President Trump cannot accept all of the credit or blame: Redfin noted that high housing costs in blue counties were the primary cause of this situation, with the average home in a blue county costing around $360,000, which is more than 62 percent more than the $223,000 average cost of homes in red counties.
“As blue counties are becoming increasingly less affordable, we see a great number of residents moving to red counties where they can afford the lifestyle they want,” said Redfin Chief Economist Nela Richardson. “At Redfin, we see this as a sign of hope for a less divided country, where people with differing views gain better understanding and tolerance of each other through sheer proximity.”