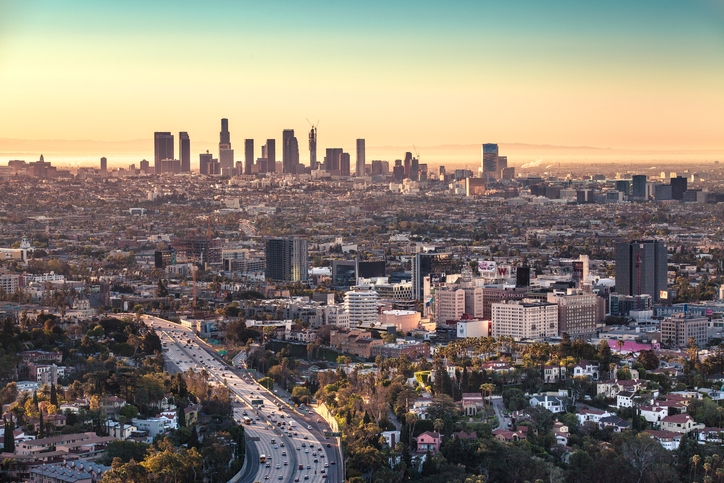 Los Angeles Mayor Eric Garcetti has announced that his city is building more new homes, but nowhere near as many affordably-priced residences to address the local affordable housing crisis.
According to a KPCC report, Garcetti used a speech before the Los Angeles Business Council to announce that the city is nearly two-thirds of the way toward meeting Garcetti's goal of building 100,000 new housing units over his eight years in office. However, Garcetti added, the majority of these properties are priced at market rates—and a typical Los Angeles home sells for $630,000.
To alleviate the affordable housing crisis, Garcetti announced efforts to speed up the permitting for new developments, adding the city was subsidizing the creation of more units. Garcetti also used his speech to announce a new pilot project that would provide $4 million in financing to affordable housing developers to rehab old buildings at risk of conversion to more expensive housing.
Furthermore, the mayor observed that more housing could be created if Los Angeles' half-million homeowners took advantage of a new state law that enabled them to build so-called granny flats in their backyards, noting that 50,000 new housing units could come online if only 10 percent of local homeowners took the lead.
"It is a priority of my administration to make this easy, to find more neighborhoods that embrace this and to get those numbers into the tens of thousands in the coming years," Garcetti said.
Link copied
Published
Nov 06, 2017
Coming Up See All
Aug
03
New York Mortgage Expo
Suffern, NY
Aug
10
OriginatorTech
Virtual
•
11:00 AM ET
Aug
12
California Mortgage Expo – San Diego
San Diego, CA
Get the Daily
Advertisement
Advertisement
Industry News
Anchor Loans Hires Andrew Jewett As SVP, Enterprise Sales