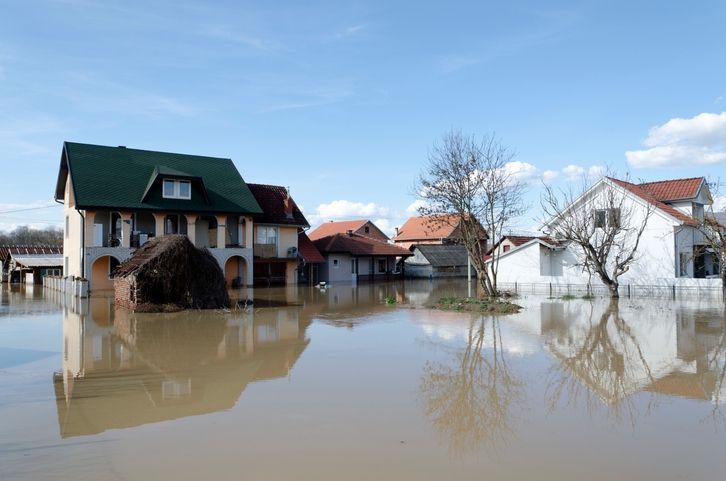 The House of Representatives voted 237-189 to pass the 21st Century Flood Reform Act, which will reform and reauthorize the National Flood Insurance Program (NFIP) that is set to expire on Dec. 8.
The bill inspired some crossover bipartisan support and opposition: 15 Democrats voted for the bill while 14 Republicans voted against it. President Trump, who signed a three-month extension to the program in September when it was originally due to expire, supports the legislation. But the Republican-controlled Senate has not come up with a companion bill to consider, nor has there been wide support for the House bill.
"It doesn't resolve all of the issues that we have in the Senate," said Banking Chairman Mike Crapo (R-ID), whose committee has yet to schedule a hearing on the NFIP reauthorization.
The 21st Century Flood Reform Act reauthorizes the NFIP for five years and encourages private market competition. The House passage was commended by housing and mortgage industry leaders.
“This long-term reauthorization will provide certainty to homeowners and businesses that depend on the program for flood damage protection,” said David H. Stevens, President and CEO of the Mortgage Bankers Association. “Additionally, this legislation contains important provisions related to the clarification and expansion of the private flood insurance market. Finally, we are glad to see the exemption for large commercial and certain multifamily properties from the mandatory purchase requirements of the NFIP, effective January 2019.”
“Realtors know first-hand what happens when the NFIP expires, and it isn’t good for consumers, businesses or our communities” said National Association of Realtors President Elizabeth Mendenhall. “We appreciate the leadership that members of Congress have shown passing sound reforms, which will strengthen the program, protect property owners and deliver good results for taxpayers.”
Link copied
Published
Nov 15, 2017
Coming Up See All
Aug
03
New York Mortgage Expo
Suffern, NY
Aug
10
OriginatorTech
Virtual
•
11:40 AM ET
Aug
12
California Mortgage Expo – San Diego
San Diego, CA
Get the Daily
Advertisement
Advertisement
Industry News
Anchor Loans Hires Andrew Jewett As SVP, Enterprise Sales