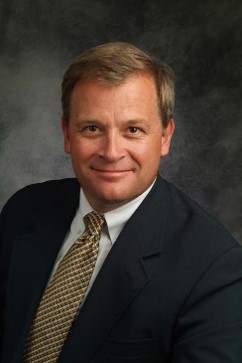 AmeriSave Mortgage Corporation has announced that Robert J. Smith has been named to the position of company President, replacing Ed Abufaris, who recently announced he was leaving the company. Smith joined AmeriSave on Nov. 1 and will be appointed President following receipt of necessary regulatory approvals.
Prior to joining AmeriSave, Smith was the National Operations Director for BNY Mellon’s mortgage group, and before that, he was President of Discover Home Loans.
AmeriSave announced in August 2015 it was opening an operations center in Louisville, Ky. to absorb employees of Discover Home Loans, which has exited the marketplace.
“I am excited to join AmeriSave to continue the journey started by Patrick Markert (CEO) to simplify the mortgage process and keep our costs low, while continuing to provide our customers with the best-in-class service,” said Smith. “AmeriSave’s technology and cost structure gives us an advantage over most other consumer-direct and fin-tech players in the mortgage space, and the confluence of Millennials and technology creates a tremendous opportunity for growth. I am inheriting a great team and am humbled by the opportunity to lead them.”
Apart from BNY Mellon and Discover, Smith spent almost two decades with Merrill Lynch Credit Corporation and PHH Mortgage, where he held a number of senior positions, including Head of Capital Markets, Chief Credit Officer and Head of Correspondent Lending.
“Bob brings decades of experience to AmeriSave and has worked with some of the finest institutions in the industry,” said Markert. “We are confident that under Bob’s leadership we will drive forward, increase our share of the market and continue to be on the forefront of new technology development in the mortgage industry.”
Link copied
Published
Nov 06, 2017
Coming Up See All
Sep
28
DealDesk: Introduction to Acra Lending's Light Doc Programs
Webinar
2:00 PM ET
Sep
29
How to Win with Non-Delegated Correspondent - Key Insights on the Model and Fulfillment Solutions
Webinar
2:00 PM ET
Oct
06
How to Use Credit as A Strategic Tool to Attract More Leads, Make Better Offers and Close More Loans
Webinar
2:00 PM ET
Get the Daily
Advertisement
Advertisement
Military Lending
Saluting Military Lenders And Originators