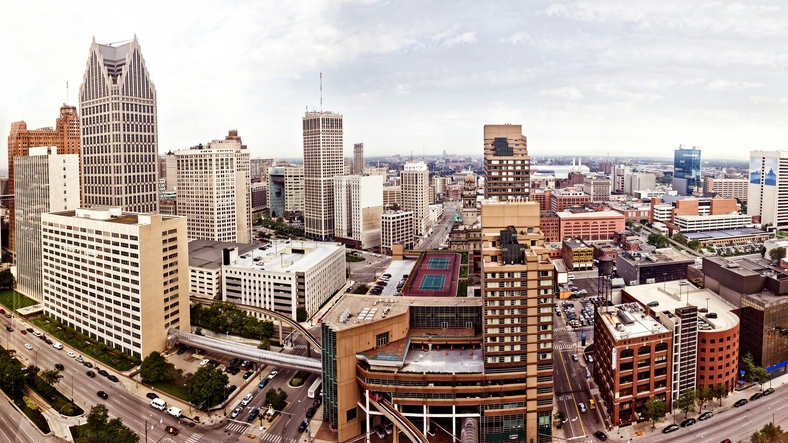 Detroit Mayor Mike Duggan has announced plans to establish a $250 million multifamily affordable housing fund that is designed to preserve 10,000 existing affordable housing units while developing 2,000 new units.
During his annual State of the City speech, Duggan debuted the Affordable Housing Leverage Fund as being comprised of $50 million of grant funds, $150 million of low-interest borrowing, and $50 million in public funds from expected federal and city funds. This mayor added that he planned to achieve the fund’s goal over the next five years.
“The preservation and creation of affordable housing is the cornerstone of our growth strategy,” said Mayor Mike Duggan. “Affordable housing offers stability for the city’s low-income residents and provides options to households at a range of incomes in all neighborhoods. This is what we are talking about when we say that we are building one city for all of us.”
Arthur Jemison, Detroit’s Director of Housing and Revitalization, acknowledged that the city is borrowing the successful examples of other urban centers that faced affordable housing crises.
“We have had a chance to observe and speak with leaders from Washington, D.C., Chicago, and San Francisco and learned how they have had to make major investments in affordable housing after the real estate market grew and missed some opportunities to include affordability in their revitalization,” Jemison said. “With a strategy and fund of this kind, we hope to learn from their efforts and invest in affordable housing now.”
Link copied
Published
Mar 12, 2018
Coming Up See All
Aug
18
Maximum Acceleration
Las Vegas, NV
Aug
19
Originator Connect
Las Vegas, NV
Aug
19
Non-QM Summit
Las Vegas, NV
Get the Daily
Advertisement
Advertisement
Analysis and Data
Mortgage Debt Rose 14% From 2017-2021: Experian