Mortgage Applications Up, Appraisal Values Down 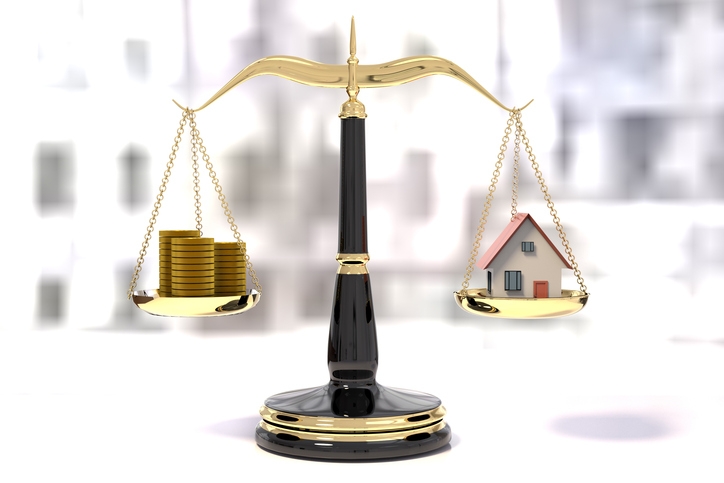 More home hunters were filling out mortgage applications while homeowners and appraisers found their respective valuation estimates in closer alignment, according to two new data reports.
The Mortgage Bankers Association’s Weekly Mortgage Applications Survey for the week ending March 9 found the Market Composite Index up by 0.9 percent on a seasonally adjusted basis from one week earlier, while the unadjusted index was two percent higher. The seasonally adjusted Purchase Index increased three percent from one week earlier, while the unadjusted Purchase Index rose by five percent compared with the previous week and was three percent higher than the same week one year ago. However, the Refinance Index took a two percent slide from the previous week and the refinance share of mortgage activity decreased to its lowest level since September 2008, 40.1 percent of total applications, from 41.8 percent the previous week.
Among the federal program, the FHA share of total applications increased to 10.4 percent from 10.1 percent the week prior and the VA share of total applications increased to 10.3 percent from 9.9 percent, while the USDA share of total applications remained unchanged at 0.9 percent.
Separately, Quicken Loans reported that its Home Price Perception Index (HPPI) showed appraisal values in February were an average of 0.53 percent below homeowner estimates, marking the fifth consecutive month the gap between the two values has been less than one percent. Quicken Loans also determined that home appraisal values dropped by 0.07 percent from January, although they were 6.37 percent higher on a year-over-year measurement.
“Low home inventory continues to be a drag on the housing market,” said Bill Banfield, Quicken Loans’ Executive Vice President of Capital Markets. “As the economy grows, and more consumers are in the right place financially to purchase a home, the high demand is driving prices up. As we move into the spring selling season, all eyes will be on whether today’s strong economy can support the higher prices.” 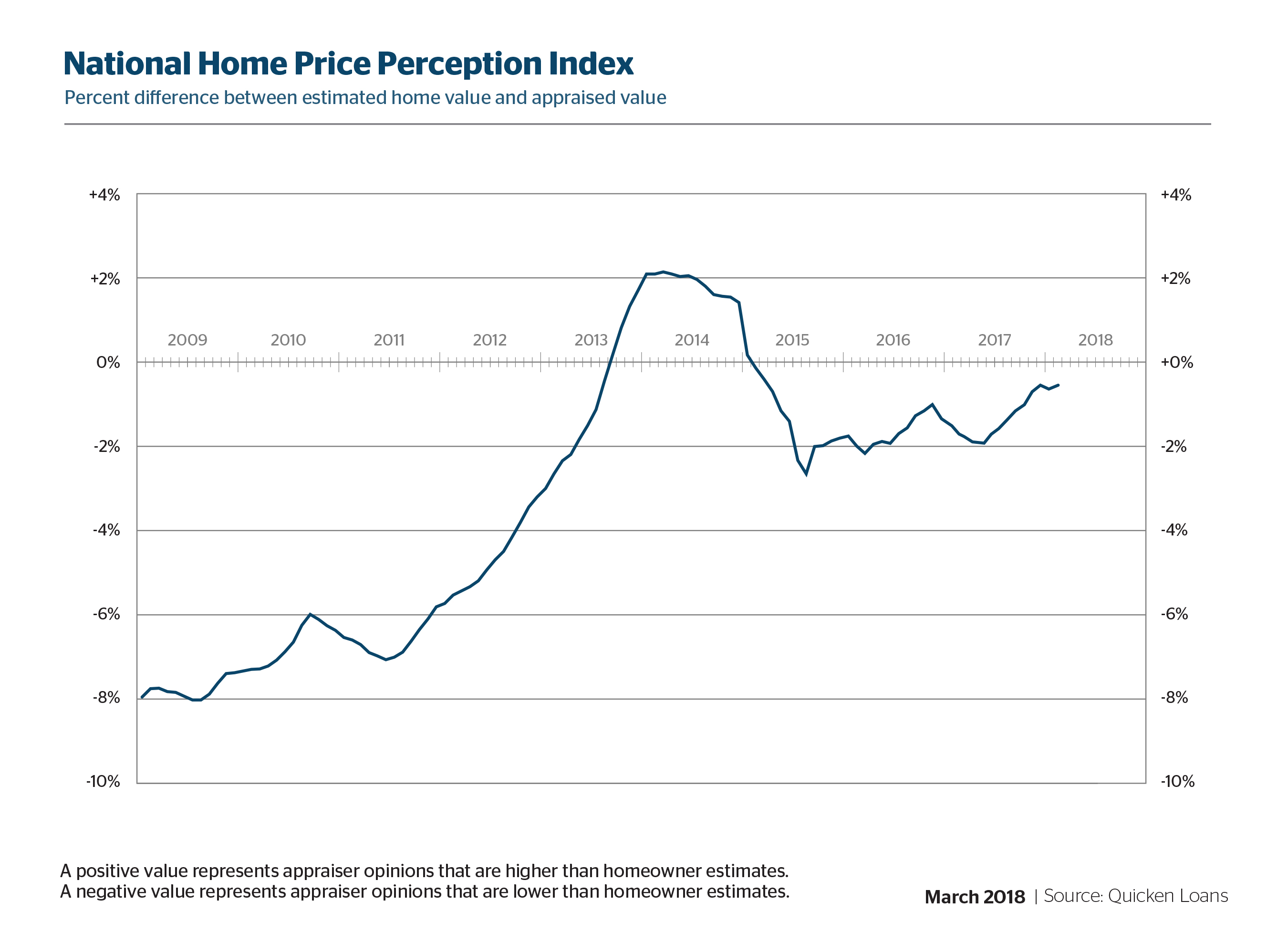