Existing-Home Sales on the Rise – NMP Skip to main content

Existing-Home Sales on the Rise 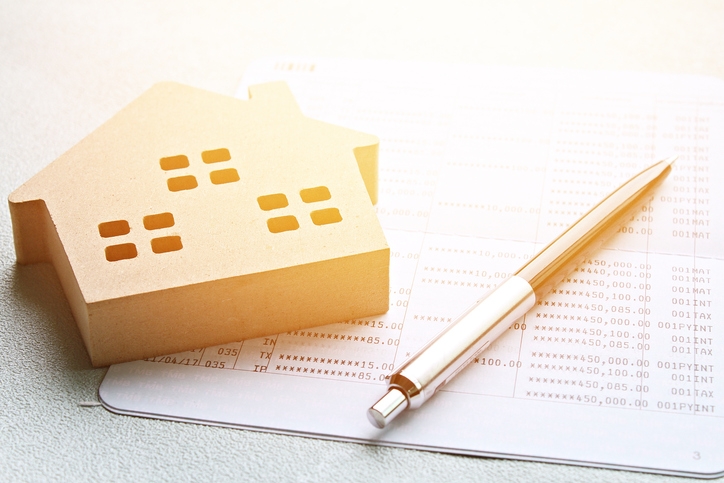 After two months of declining activity, existing-home sales were back on the rise in February, according to the National Association of Realtors (NAR).
Total existing-home sales recorded a three percent increase to a seasonally adjusted annual rate of 5.54 million in February from 5.38 million in January. On a year-over-year basis, sales were 1.1 percent higher.
The median existing-home price for all housing types in February was $241,700, up 5.9 percent from $228,200 in February 2017. February saw the 72nd straight month of year-over-year gains. First-time buyers were 29 percent of sales in February, which is unchanged from last month and down from 31 percent a year ago.
Also on the rise was the inventory level: up 4.6 percent at the end of February rose 4.6 percent to 1.59 million existing homes available for sale. However, the inventory level was 8.1 percent lower than a year ago (1.73 million) and been falling on a year-over-year basis for 33 consecutive months. The unsold inventory is at a 3.4-month supply at the current sales pace, slightly lower than the 3.8 months level set a year ago.
“The unseasonably cold weather to start the year muted pending sales in the Northeast and Midwest in January and ultimately led to their sales retreat last month,” said NAR Chief Economist Lawrence Yun. “Looking ahead, several markets in the Northeast will likely see even more temporary disruptions from the large winter storms that have occurred in March.” 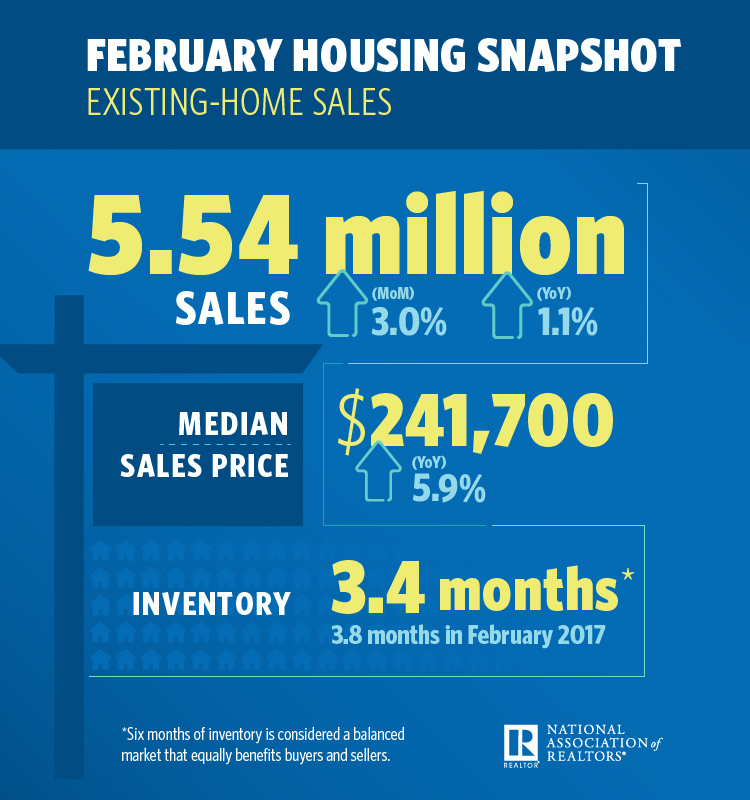