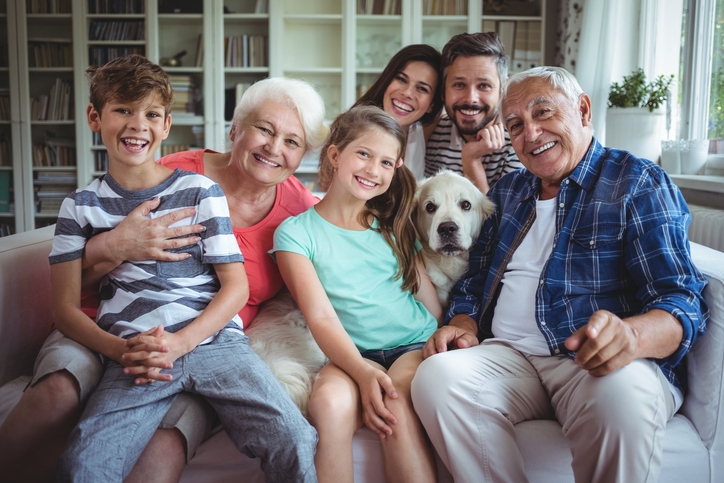 Twenty percent of the U.S. population lives in multigenerational households, according to new data from the Pew Research Center. This living arrangement involves 64 million people, a record number.
This trend has been growing for nearly a decade. Pew reported that 51.5 million people (17 percent of the population) lived in multigenerational households in 2009, while 60.6 million Americans (19 percent of the population) were part of multigenerational homes in 2014, the last year that Pew conducted this data analysis. The lowest percentage ever recorded for this living arrangement as the 12 percent level in 1980.
The Pew analysis of U.S. Census data, authored by former Washington Post reporter D'Vera Cohn and Jeffrey Passel, who worked previously with the Urban Institute, said both the number and share of Americans living in multigenerational family households have continued to rise, despite improvements in the U.S. economy since the Great Recession.
The report said among Asians living in the U.S., 29 percent lived in multigenerational family households in 2016. Among Hispanics and blacks, the shares were 27 percent and 26 percent, respectively. Among whites, 16 percent lived with multiple generations of family members.
"Growing racial and ethnic diversity in the U.S. population helps explain some of the rise in multigenerational living," the report said. "The Asian and Hispanic populations overall are growing more rapidly than the white population, and those groups are more likely than whites to live in multigenerational family households. Another growth factor is that foreign-born Americans are more likely than those born in the U.S. to live with multiple generations of family; Asians and Hispanics are more likely than whites to be immigrants."
Link copied
Published
Apr 09, 2018
Coming Up See All
Aug
10
OriginatorTech
Virtual
•
11:40 AM ET
Aug
12
California Mortgage Expo – San Diego
San Diego, CA
Aug
17
Leverage AI-Powered Document Automation & Key Servicing Tasks
Webinar
1:00 PM ET
Get the Daily
Advertisement
Advertisement
Analysis and Data
Tight Supply, High Demand Keep Home Prices Out Of Reach: Report