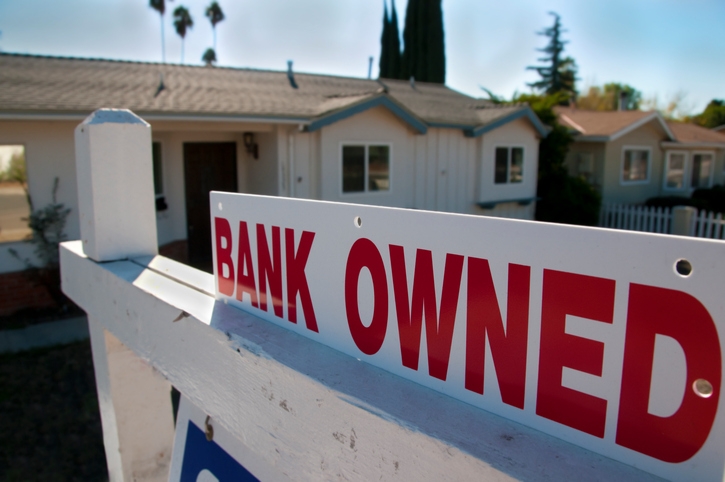 A total of 189,870 residential properties carried a foreclosure filing during the first quarter of this year, up four percent from the previous quarter, but 19 percent below the same period one year earlier, according to a new report from ATTOM Data Solutions. A total of 92,703 properties started the foreclosure process during the first quarter, up eight percent from the previous quarter but still down 10 percent from a year ago. This marked the 11th consecutive quarter with a year-over-year decrease in foreclosure starts.
The first quarter’s foreclosure filing level was 32 percent below the pre-recession (first quarter of 2006 to third quarter of 2007) average of 278,912 per quarter, marking the sixth consecutive quarter where foreclosure activity is lower than the pre-recession quarterly average. Forty-five percent of all properties in foreclosure by the end of the first quarter were tied to loans originated between 2004 and 2008. Twenty-two states posted first quarter foreclosure activity totals below their pre-recession averages, while 28 states and the District of Columbia posted first quarter foreclosure activity totals above their pre-recession averages.
“Less than half of all active foreclosures are now tied to loans originated during the last housing bubble, one of several data milestones in this report showing that the U.S. housing market has mostly cleared out the backlog of bad loans that triggered the housing and financial crisis nearly a decade ago,” said Daren Blomquist, Senior Vice President at ATTOM Data Solutions. “Meanwhile we are beginning to see early signs that some post-recession loan vintages are defaulting at a slightly elevated rate, a sign that some loosening of lending standards has occurred in recent years. Consequently, foreclosure starts are trending higher compared to a year ago in an increasing number of local markets—some of which are a bit surprising given the overall strength of housing in those markets.”
ATTOM Data Solutions also recorded a total of 74,341 residential properties with foreclosure filings in March, a 21 percent spike from the all-time low set in February, but also 11 percent lower than a year ago. March marked the 30th consecutive month with a year-over-year decrease in foreclosure activity.
Among the major housing markets, 23 of 53 metro areas with at least one million posted a year-over-year increase in foreclosure starts in the first quarter, most notably Indianapolis (up 148 percent) and Minneapolis-St. Paul (up 64 percent). The highest foreclosure rate among the states was New Jersey (one in 233 housing units with a foreclosure filing), while that state’s long-ailing seaside resort Atlantic City had the highest foreclosure rate among major metro areas (one in every 113 housing units with a foreclosure filing. Nationwide, one in every 706 housing units had a foreclosure filing in the first quarter. 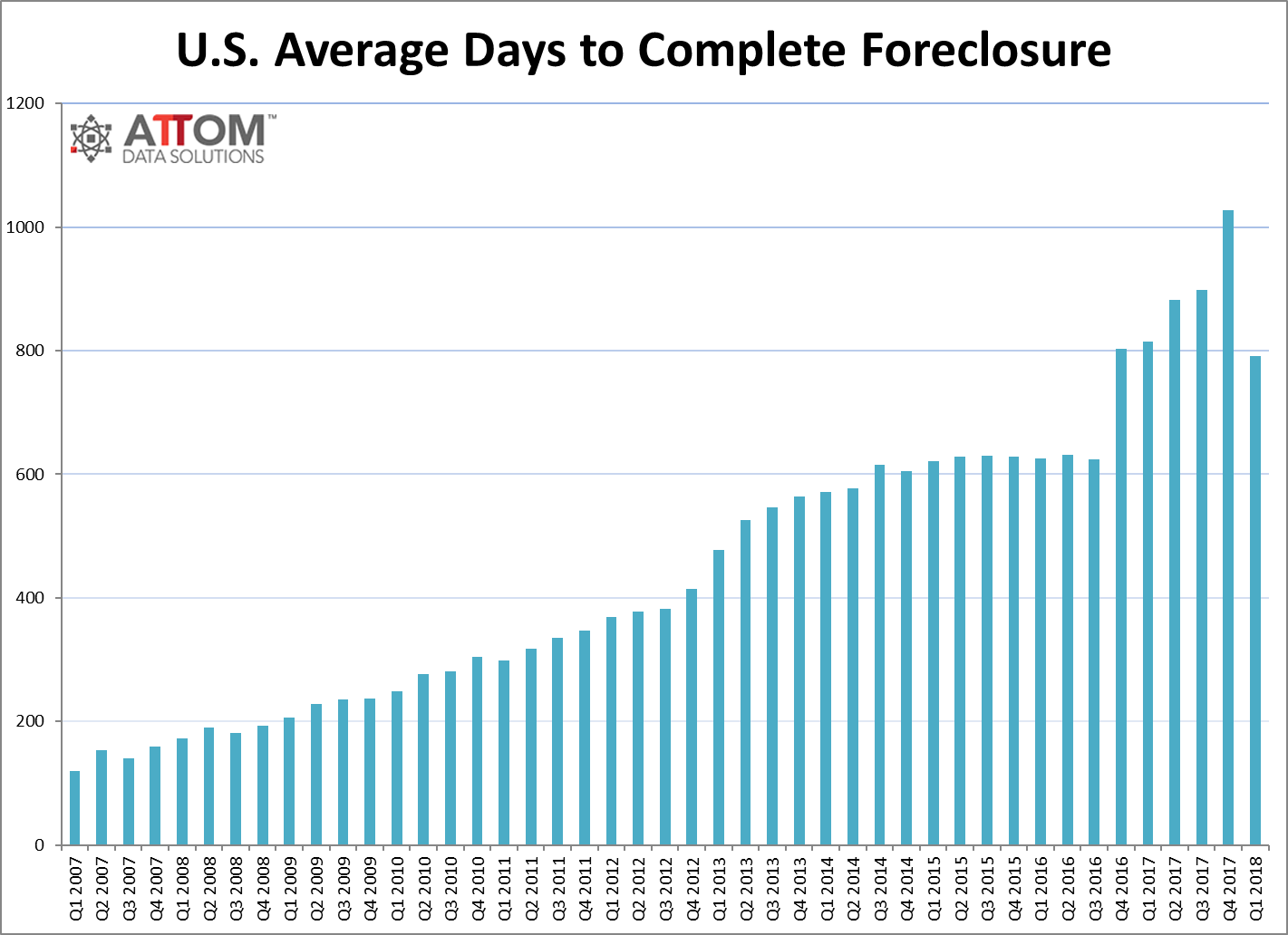