Total existing-home sales were up by 1.1 percent to a seasonally adjusted annual rate of 5.60 million in March from 5.54 million in February, according to new data from the National Association of Realtors (NAR). Although March saw the second consecutive month of increased sales, the level of activity was 1.2 percent below a year ago.
The median existing-home price for all housing types in March was $250,400, up 5.8 percent from the $236,000 price set one year ago. March's price increase marks the 73rd straight month of year-over-year gains. The total inventory of 1.67 million existing homes available for sale was 7.2 percent lower than a year ago (1.80 million), and March saw the 34th consecutive month of year-over-year inventory declines.
Properties typically stayed on the market for 30 days in March, which is down from 37 days in February and 34 days a year ago, and half of all homes sold last month were on the market for less than a month. First-time buyers accounted for 30 percent of sales in March, slightly up from 29 percent in February but lower than the 32 percent share from a year ago.
There were fewer all-cash sales in March—20 percent of transactions, down from 24 percent in February and 23 percent a year ago. Distressed sales took up four percent of sales in March, unchanged from February and down from six percent a year ago; three percent of March sales were foreclosures and one percent were short sales.
“The unwelcoming news is that while the healthy economy is generating sustained interest in buying a home this spring, sales are lagging year ago levels because supply is woefully low and home prices keep climbing above what some would-be buyers can afford,” said NAR Chief Economist Lawrence Yun. “Although the strong job market and recent tax cuts are boosting the incomes of many households, speedy price growth is squeezing overall affordability in several markets, especially those out West.” 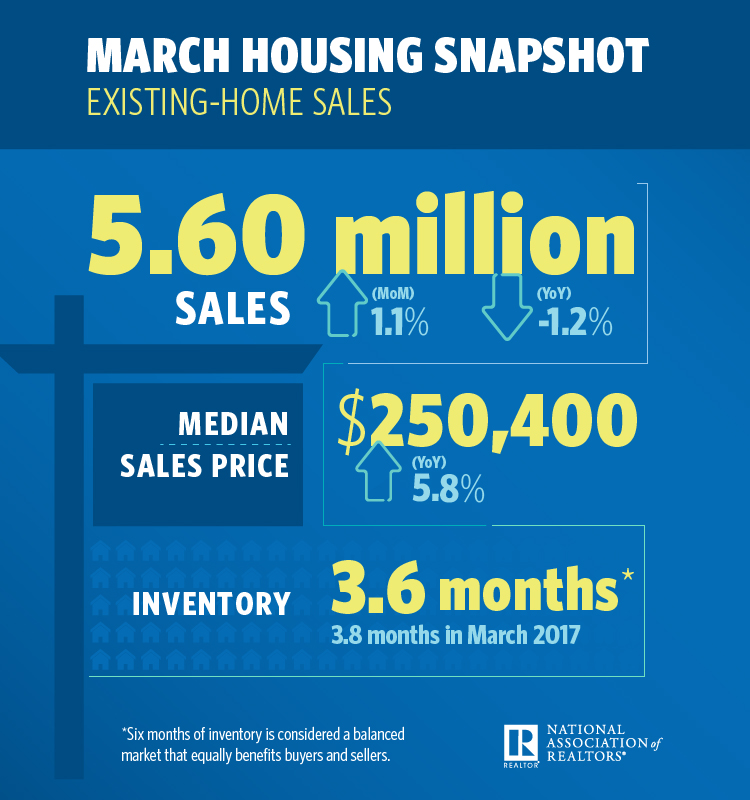