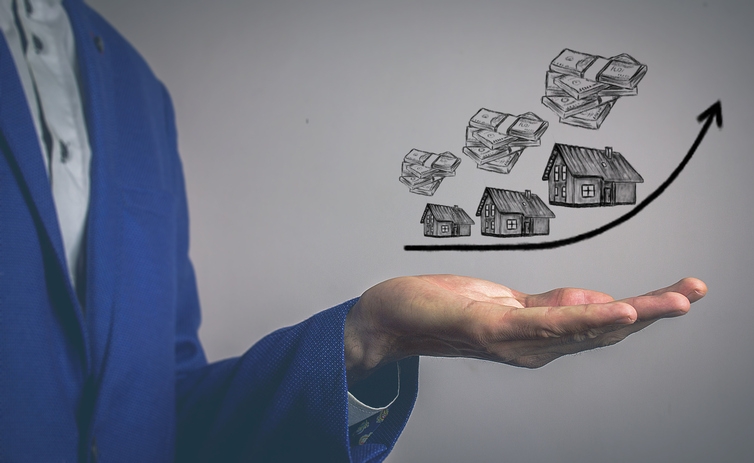 Home prices during April were up by 6.9 percent year-over-year and were up also up 1.2 percent from the previous month, according to new data from CoreLogic.
All 50 states recorded annualized home price increases in April, with four experiencing double-digit growth: Washington (12.8 percent), Idaho (12.4 percent), Nevada (12.2 percent) and Utah (11.5 percent). Among the nation’s major metro markets, San Francisco and Las Vegas tied as the leaders with 12.3 percent annualized home price gains.
However, CoreLogic’s Market Condition Indicators (MCI) analysis of housing values in the country’s 100 largest metropolitan areas determined that 40 percent of these markets were overvalued in April, while 32 were at value and 28 were undervalued. When looking at only the top 50 markets based on housing stock, the MCI analysis determined that 52 percent were overvalued, 14 percent were undervalued and 34 percent were at value.
“The best antidote for rising home prices is additional supply,” said Frank Nothaft, Chief Economist for CoreLogic. “New construction has failed to keep up with and meet new housing growth or replace existing inventory. More construction of for-sale and rental housing will alleviate housing cost pressures.”
And with the beginning of this year’s hurricane season, CoreLogic issued its 2018 Storm Surge Report, which identified Florida as the most vulnerable state with 2.7 million homes at risk and a projected cost of $552 billion to rebuild homes across the state if the maximum number of properties were damaged by a major storm.
Link copied
Published
Jun 05, 2018
Coming Up See All
Aug
18
Maximum Acceleration
Las Vegas, NV
Aug
19
Originator Connect
Las Vegas, NV
Aug
19
Non-QM Summit
Las Vegas, NV
Get the Daily
Advertisement
Advertisement
Analysis and Data
Mortgage Debt Rose 14% From 2017-2021: Experian