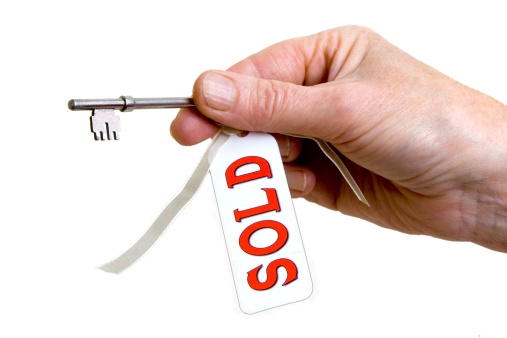 There were 689,000 new single-family houses sold during May, according to estimates released by the U.S. Census Bureau and the Department of Housing and Urban Development. This represents a 6.7 percent increase from the revised April rate of 646,000 and a 14.1 percent rise form above the May 2017 estimate of 604,000.
The median sales price of new houses sold last month was $313,000 and the average sales price was $368,500. The seasonally-adjusted estimate of new houses for sale at the end of May was 299,000, which represents a supply of 5.2 months at the current sales rate.
Initial reaction to the data was mixed. Danielle Hale, Chief Economist for Realtor.com, noted that May recorded “the strongest pace seen in 2018,” but she also noted there could be improvement.
“While growth is a step in the right direction, there is still plenty of additional room for new home sales, with high price points being the major stumbling block,” she said. “Demand is strongest for affordable homes, but land, labor and materials costs are significant challenges. Builders who can successfully build lower-priced homes will find success.”
Genworth Mortgage Insurance Chief Economist Tian Liu said, “The bright spot for new home sales has been the West region, which has seen growth rates in the mid-teens compared to high single-digit growth rates nationally. The region leads the country in terms of job growth, which translates into faster housing demand and home price growth. Homebuilders are shifting resources into the West region and we expect the West region to continue to out-perform the rest of the country.”
LendingTree Chief Economist Tendayi Kapfidze stated that while sales were “above market expectations,” he questioned whether higher rates were pressuring the prices.
“The median sales price of $313,000 was the lowest since April 2017,” Kapfidze observed. “The share of sales over $500,000 was 15 percent, the lowest since February 2015. The decline in the median sales prices and share of higher priced homes come despite reported increases in the cost of inputs like lumber and washing machines due to tariffs. Margin pressure could erode tax cut benefits for homebuilders. We had previously expected the tax cuts to improve builder margins by 10 to 15 percent, which we anticipated may have led builders to consider increasing activity at the lower-end of the market where inventory challenges are particularly acute. The tariffs may negate this benefit.”
Separately, First American Financial Corp. released its latest Real House Price Index (RHPI) report, which found real house prices increased 0.5 percent between March and April, with April recording an 8.8 percent year-over-year increase. However, the RHPI determined that consumer house-buying power in April dipped by 0.1 percent from the previous month and was 2.1 percent below the April 2017 level.
“It is not surprising that unadjusted house prices have increased so much,” said Mark Fleming, Chief Economist at First American. “Demand for residential real estate, along with a nationwide shortage of supply, has led to a historically tight inventory of homes for sale, which leads to quickly rising house prices. However, trends show that the increase in consumer house-buying power has outpaced the rise in unadjusted house prices. “When house prices are adjusted for consumer house-buying power, the real level of house prices becomes more apparent. Real consumer house-buying power adjusted house prices today are 32.1 percent below their peak in July 2006, and 8.9 percent below their level in the year 2000.”
Link copied
Published
Jun 25, 2018
Coming Up See All
Aug
11
California Mortgage Expo — San Diego
San Diego, CA
Aug
11
SMS Marketing 101
Webinar
2:00 PM ET
Aug
18
Maximum Acceleration
Las Vegas, NV
Get the Daily
Advertisement
Advertisement
Industry News
Mortgage Rates Jump Back Above 5%