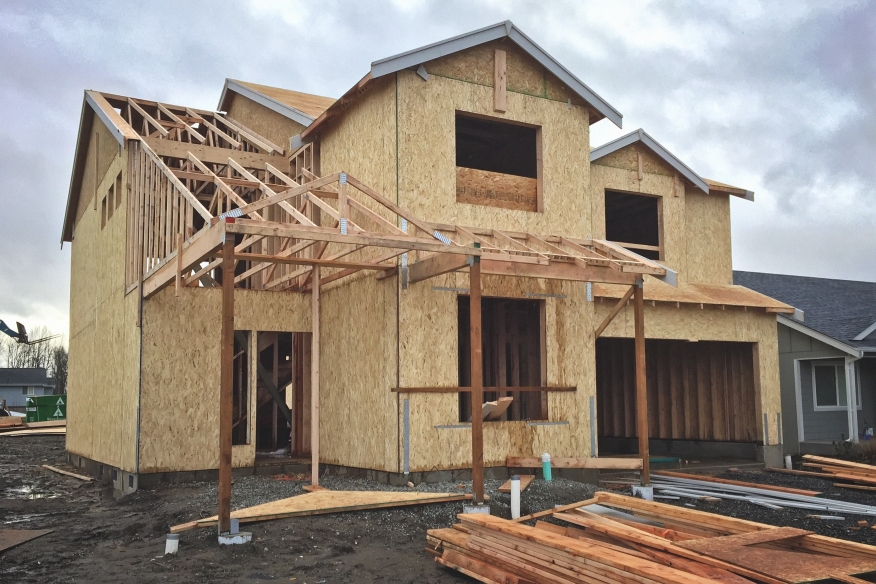 When it comes to new single-family homes, basements and fireplaces are becoming a thing of the past but the overall size of the residence is growing, according to a new study of construction trends released by Porch.
In a report titled “The Future of Single-Family Homes,” Porch detailed the construction trends from 2016 and determined that 30 percent of new homes that year were built in the South Atlantic states, including Florida, Georgia and Virginia. Nearly three-quarters of the new homes lacked a basement, but 55 percent of the new constructed involved a two-story structure. The average lot for these new homes was 31,000 square feet and the residence averaged 2,600 square feet and sold for $198,000.
Looking ahead to 2026, the Porch report predicted the average new home construction in 2026 should be just slightly larger at 2,700 square feet but will cost buyers an average of $252,000. Fast-forwarding to 2036, the average newly-built home will cover 3,000 square feet and construction could cost as much as $305,000 on average. Two in five new home constructions in the coming years will have four bedrooms, according to porch, while less than one-third will sport a fireplace, 84 percent will not have a basement, more than half will feature a two-car garage and all new home construction with have central air conditioning.
And for the method of paying for these new houses, Porch forecasted fewer homes in the future will be acquired via with conventional home loans. Instead, homebuyers will take advantage of the lower down payments and easier approval ratings from FHA home loans when property shopping in the years to come.
Link copied
Published
Jul 20, 2018
Coming Up See All
May
19
Mastering Cash-out Refis to Drive Volume in Today's Mortgage Market
Webinar
1:00 PM ET
May
24
Suncoast Mortgage Expo
Tampa, FL
May
26
Non-QM is about Solutions and Confidence
Webinar
1:00 PM ET
Get the Daily
Advertisement
Advertisement
Career
Geneva Financial Announces New Colorado Mortgage Branch