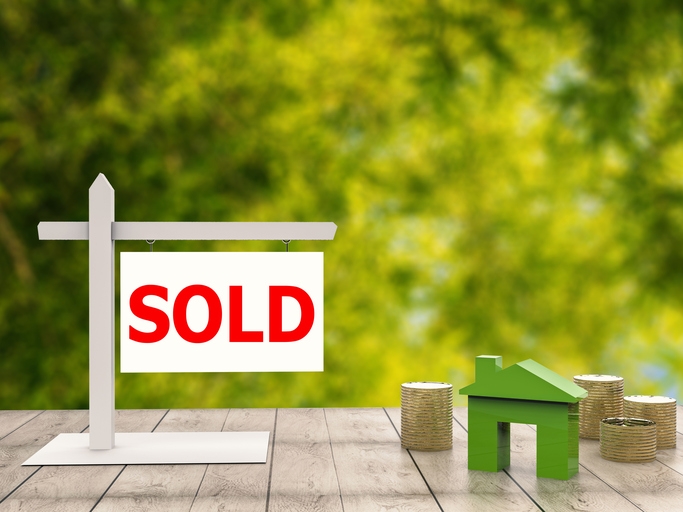 The latest housing industry data found home sales down, mortgage application levels stagnant, and closing costs being higher than average in some coastal states.
Sales of new single-family houses in June were at a seasonally adjusted annual rate of 631,000, according to estimates released by the U.S. Census Bureau and the Department of Housing and Urban Development. This is 5.3 percent below the revised May rate of 666,000, but is 2.4 percent above the June 2017 estimate of 616,000.
The median sales price of new houses sold in June 2018 was $302,100 and the average sales price was $363,300. The seasonally-adjusted estimate of new houses for sale at the end of June was 301,000, which represents a supply of 5.7 months at the current sales rate.
“New home sales represent a bright spot in the housing industry," said Genworth Mortgage Insurance Chief Economist Tian Liu. "It is driven by strong shift in housing demand toward owner-occupied housing, a lack of available alternatives in the previous-owned market, and historically-low construction for the past decade. There are challenges facing homebuilders such as lack of workers and rising costs, but the big picture for new home sales is very favorable.”
Separately, new data from the Mortgage Bankers Association (MBA) tracking home loan applications for the week ending July 20 found the Market Composite Index down by 0.2 percent on a seasonally adjusted basis from one week earlier while the unadjusted index remained unchanged from the previous week. Both the seasonally adjusted and unadjusted Purchase Index decreased by one percent from one week earlier, with the latter two percent higher than the same week one year ago. The Refinance Index increased one percent from the previous week and the refinance share of mortgage activity increased to 36.8 percent of total applications from 36.5 percent the previous week.
Among the federal programs, the FHA share of total applications decreased to 9.9 percent from 10.6 percent the week prior while the VA share of total applications remained unchanged at 10.2 percent and the USDA share of total applications increased to 0.8 percent from 0.7 percent.
In another data study, the national average closing costs for a single-family property totaled $5,651 including taxes and $3,438 excluding taxes, according to San Diego-based ClosingCorp. On a state-level measurement, the highest average closing costs including taxes were in the District of Columbia ($20,228), New York ($15,254), Maryland ($13,358), Delaware ($13,293), and Pennsylvania ($10,206). The states with the lowest closing costs including taxes were Missouri ($1,856), Iowa ($1,913), Indiana ($1,992), Nebraska ($2,017) and Mississippi ($2,158).
However, if closing costs were averaged without taxes, the highest costs could be found in the District of Columbia ($6,206), Hawaii ($5,956), California ($5,276), New York ($4,915), and Washington ($4,860), while the states with the lowest closing costs excluding taxes were: Iowa ($1,808), Missouri ($1,856), Nebraska ($1,897), Indiana ($1,992), and Arkansas ($2,030).
ClosingCorp calculated closing costs using average home sale prices (within a $100,000 range) for single-family properties at the state, core-based statistical area (CBSA) and county levels, and include lender’s title, owner’s title, appraisals, settlement fees, recording fees, land surveys and transfer tax (where applicable), as well as “market-specific” rates and fees charged by the most-active settlement services providers within each specific area.
Link copied
Published
Jul 25, 2018
Coming Up See All
May
17
OriginatorTech
Virtual
•
11:00 AM ET
May
19
Mastering Cash-out Refis to Drive Volume in Today's Mortgage Market
Webinar
1:00 PM ET
May
24
Suncoast Mortgage Expo
Tampa, FL
Get the Daily
Advertisement
Advertisement
Career
From Initial Rejection To Helping Others Succeed