Redfin: Home Sales and Prices Up in July

Home sale prices during July recorded a 5.3 percent annualized increase to a median of $307,400, according to data from Redfin. However, this represented the lowest growth rate level in nearly two years. Meanwhile, homes sales rose by 4.1 percent year-over-year, despite lingering inventory shortages.
The number of homes for sale in July was down 5.4 percent from one year ago, which marks the third month of supply declines around five percent following 19 months of inventory declines of over seven percent. Homes that sold in July went under contract in a median 35 days, three days faster than last year but one day slower than in June.
For the first time since March 2015, the share of homes that sold above asking price declined year-over-year, from 26.5 in July 2017 to 26.2 percent last month. Twenty-eight percent of homes on the market in July saw a drop in their price, drop, the largest share on record since Redfin began tracking this metric in 2009, and a 3.2 percentage-point increase over last July.
“After several years of shrinking inventory and unsustainable price growth, I'm encouraged by these changes as a signal that we may be returning to a healthier, more balanced market,” said Taylor Marr, Redfin Senior Economist. 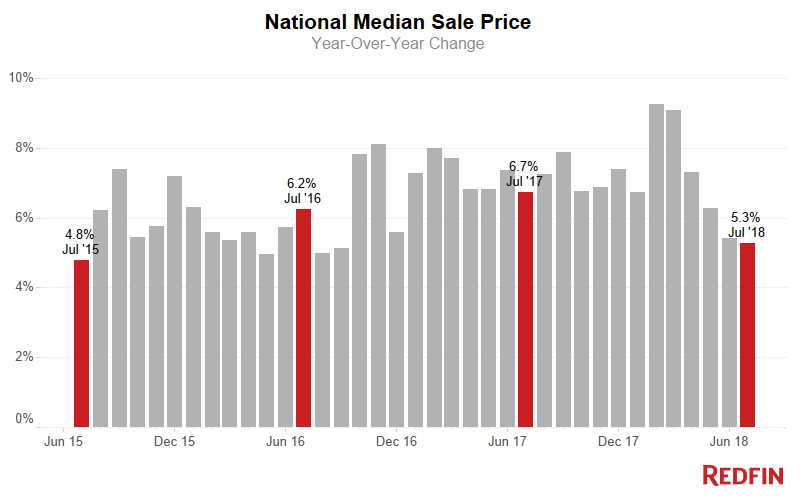