Foreclosure Starts Up in July – NMP Skip to main content

Foreclosure Starts Up in July 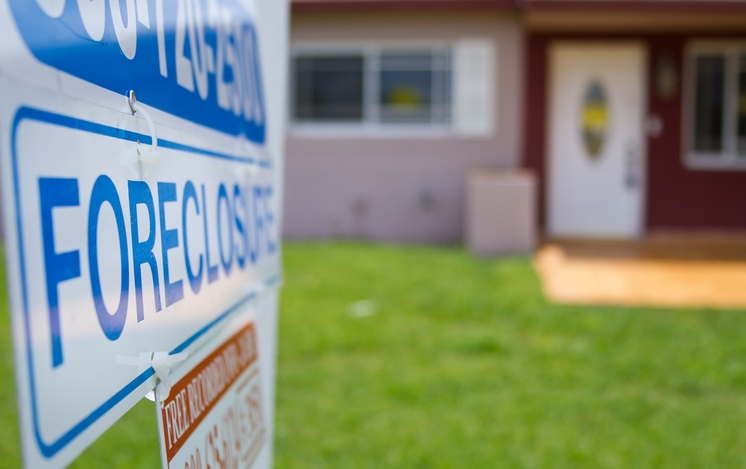 A total of 30,187 U.S. properties started the foreclosure process for the first time in July, a one percent increase from June and an uptick of less than one percent from a year ago, according to statistics from ATTOM Data Solutions. July marked the first year-over-year increase in foreclosure starts nationwide following 36 consecutive months of year-over-year decreases.
Twenty-one states posted year-over-year increases in foreclosure starts in July, most notably Florida with a 35 percent increase. Foreclosure starts increased from a year ago in 96 of the 219 metro areas (44 percent) analyzed by ATTOM, most notably in Houston with a 76 percent spike.
New Jersey had the highest foreclosure rates in July with one in every 723 housing units carrying a foreclosure filing, while the state’s long-ailing Atlantic City had the highest metro area rate at one in every 448 housing units with a foreclosure filing.
“The increase in foreclosure starts is not just a one-month anomaly in many local markets given that July represented the third consecutive month with a year-over-year increase in 33 metro areas, including Los Angeles, Miami, Houston, Detroit, San Diego and Austin,” said Daren Blomquist, senior vice president with ATTOM Data Solutions. “Gradually loosening lending standards over the past few years have introduced a modicum of risk back into the housing market, and that additional risk is resulting in rising foreclosure starts in a diverse set of markets across the country. Most susceptible to rising foreclosure starts are affordability-challenged markets where homebuyers are more financially stretched and markets with some type of trigger event such as a natural disaster or large-scale layoffs.” 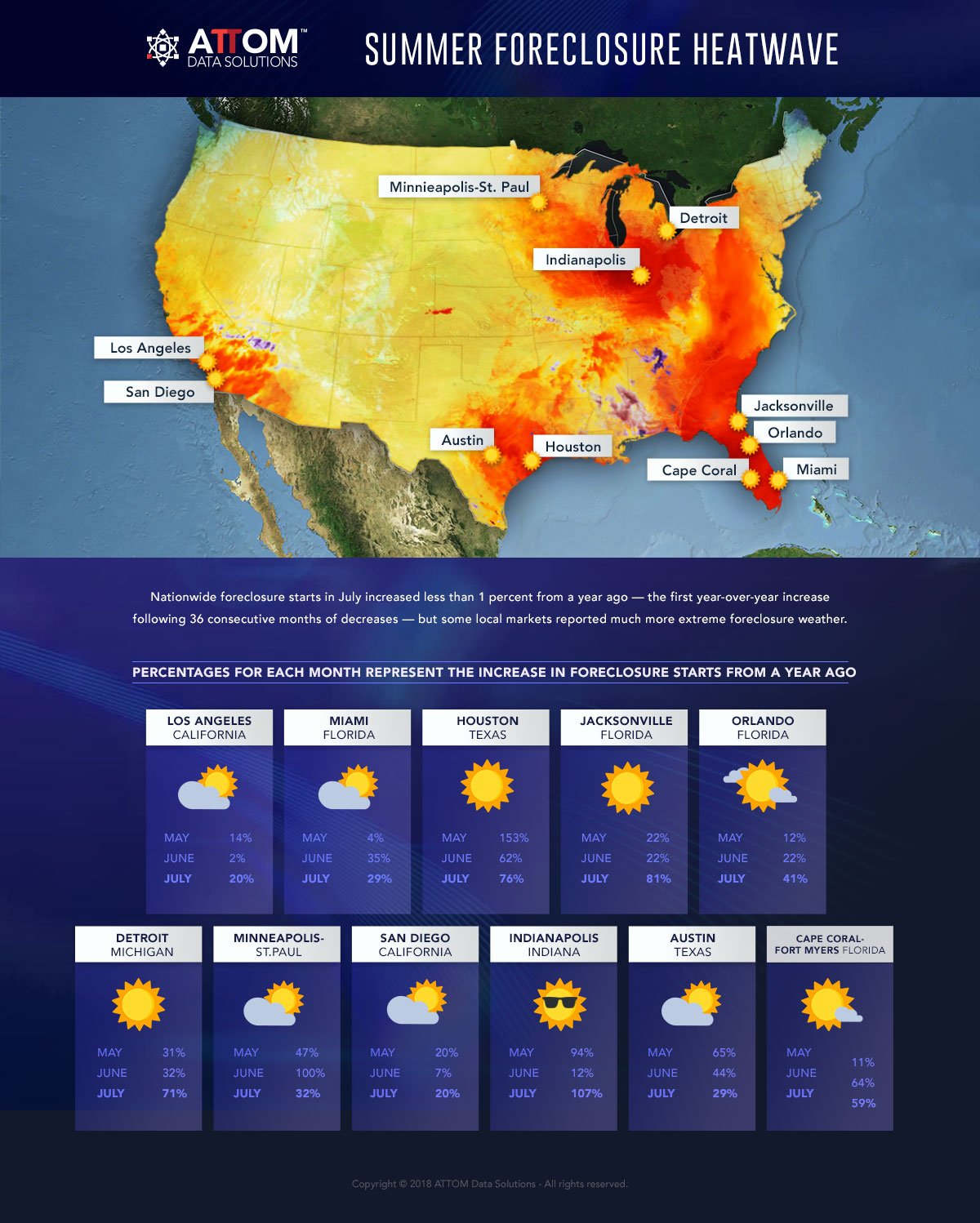