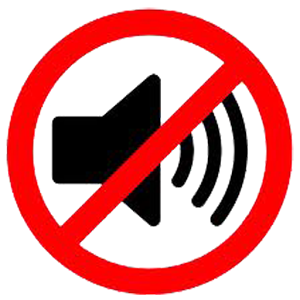 A plan floated by Rep. Jeb Hensarling (R-TX), the chairman of the House Financial Services Committee, to scrap Fannie Mae and Freddie Mac and elevate Ginnie Mae to the position of government-sponsored enterprise (GSE) for housing was mostly met with silence from the financial services industry.
In an op-ed published in yesterday’s Wall Street Journal, Hensarling acknowledged the tenth anniversary of the federal conservatorship of the GSEs, adding that no plan to reform the entities and end their conservation has been able to gain traction. Hensarling opted to raise what he dubbed a “compromise approach for bipartisan consideration” that would repeal Fannie Mae and Freddie Mac charters and direct Ginnie Mae to guarantee qualified privately insured mortgage-backed securities.
“Loan originators would have to acquire coverage from an approved ‘credit enhancer,’ or private mortgage credit guarantor, to use the Ginnie Mae system,” Hensarling wrote. “That would function as a private capital buffer on the loan, which could then be securitized by any of Ginnie Mae’s more than 400 approved issuers with an explicit, full government guarantee of mortgage-backed securities. To protect taxpayers from new risks, the credit enhancer’s guarantee would be market-priced and backed by the strength of its balance sheet, which requires bank-like capital. Credit enhancers also would have to use risk transfers to disperse credit risk horizontally and participate in a rainy-day fund to protect against unexpected financial downturns. Eligible loans would have a minimum borrower down payment of 5 percent and a maximum loan-to-value ratio of 85 percent, and otherwise conform to the current Qualified Mortgage rules.”
Hensarling added that the proposal would also “enhance competition and reduce the risk of institutions growing too big to fail. Abolishing government charters would allow multiple private guarantors to form as needed and to compete freely for loan originators’ business. The diverse Ginnie Mae securitizing network would eliminate today’s dual-issuer choke point. By not hard-wiring government guarantees onto all loans, the plan would promote innovation and nongovernment financing alternatives. These include greater portfolio lending and an expanded private market in mortgage-backed securities.”
Hensarling planned to formally introduce the proposal in legislation titled “The Bipartisan Housing Finance Reform Act,” co-authored with Reps. John Delaney (D-MD) and Jim Himes (D-CT). Oddly, Hensarling and Delaney are leaving office at the end of this congressional session, with Delaney pursuing the 2020 Democratic nomination for president.
The new proposal sparked little enthusiasm among the major financial trade organizations. James Ballentine, executive vice president of the American Bankers Association, politely acknowledged the work that went into the proposal but stopped well short of an endorsement.
“We share the goals set forth in the legislation to ensure a safe, sustainable, transparent and liquid mortgage credit market for all Americans wishing to own a home,” he said. “We share their desire to create a level playing field to finance a single-family mortgage, allowing risk to be allocated to those entities which are best able to manage it and avoid institutions dominating or restricting access to the mortgage market.”
The National Association of Federally-Insured Credit Unions (NAFCU) also praised the effort but decline to get fully behind it.
"We support the overarching goal of Chairman Hensarling and Rep. Delaney's GSE reform draft to create a level playing field in the single-family mortgage market," said NAFCU President and CEO Dan Berger. "As Congress gears up for housing finance reform and considers this legislation and other approaches, it is important that vibrant competition remains throughout the system and that credit unions maintain unfettered access to the secondary mortgage market and fair pricing based on loan quality, not quantity."
However, The American Land Title Association (ALTA) did not mention the proposal in a statement calling for a preservation of the several tenets of the current housing policy set-up.
“ALTA strongly urges preservation of the uniform standards currently provided by the GSEs, including title insurance, in any newly developed housing finance system,” said Cynthia Blair, president-elect of ALTA. “The financial crisis demonstrated that credit underwriting standards were taken for granted and compromised by a race to the bottom. Legal title underwriting standards cannot be compromised or allowed to erode. A federal role in the housing finance system prevents future decay of legal title underwriting standards and protects homeowners, lenders, investors and taxpayers from future losses.”
Link copied
Published
Sep 07, 2018
Coming Up See All
May
26
Non-QM is about Solutions and Confidence
Webinar
1:00 PM ET
Jun
01
DealDesk Focus on Acra Lending Rehab Loans
Webinar
1:00 PM ET
Jun
08
Motor City Mortgage Expo
Detroit, MI
Get the Daily
Advertisement
Advertisement
Industry News
Lakeview Loan Servicing Faces Multiple Lawsuits Over Data Breach