Home Price Appreciation is Slowing Down 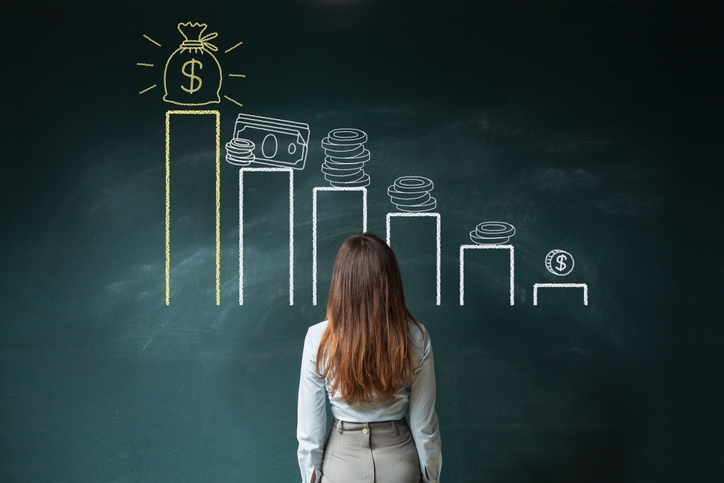 Home prices are still on the rise but at a considerably slower pace, according to new housing data reports.
The S&P CoreLogic Case-Shiller U.S. National Home Price NSA Index reported a six percent annual gain in July, down from 6.2 percent in June. The 10-City Composite annual increase came in at 5.5 percent, lower than the six percent in the previous month, while the 20-City Composite posted a 5.9 percent year-over-year gain, down from 6.4 percent in the previous month.
Before the seasonal adjustment, the National Index posted a month-over-month gain of 0.4 percent in July while the 10-City and 20-City Composites reported increases of 0.2 percent and 0.3 percent, respectively. After the seasonal adjustment, the National Index recorded a 0.2 percent month-over-month increase in July, with the 10-City Composite remaining unchanged and the 20-City Composite scratching out a 0.1 percent month-over-month increase. Eighteen of 20 cities reported increases in June before the seasonal adjustment, but only 13 of 20 cities reported increases after the seasonal adjustment.
“Rising homes prices are beginning to catch up with housing,” said David M. Blitzer, Managing Director and Chairman of the Index Committee at S&P Dow Jones Indices. “Year-over-year gains and monthly seasonally adjusted increases both slowed in July for the S&P Corelogic Case-Shiller National Index and the 10 and 20-City Composite indices. The slowing is widespread: 15 of 20 cities saw smaller monthly increases in July 2018 than in July 2017. Sales of existing single-family homes have dropped each month for the last six months and are now at the level of July 2016.”
Separately, Redfin reported home sale prices were up 4.7 percent in August compared to a year ago—a price growth rate that has not been this low since August 2014. Homes sales fell 2.4 percent in August compared to the pervious year, while the number of homes for sale was down 3.4 percent year-over-year, the smallest decline in 29 months. Nearly 30 percent of homes on the market in August had a price drop, the largest share on record since Redfin began tracking this metric in 2009, and a 3.4 percentage-point increase over last August. The number of homes that were newly put on the market in August grew 3.3 percent from one year earlier, while the typical home for sale went under contract in a median of 37 days, three days faster than the previous year.
"While sale prices moderate, new listing prices keep accelerating," said Redfin Senior Economist Taylor Marr. "This mismatch between seller expectations and reality is fueling an increase in price drops in metros across the country."
In other data news, the Federal Housing Finance Agency (FHFA) reported home prices rose in July by 0.2 percent. The previously reported 0.2 percent increase in June was revised upward to 0.3 percent. On an annualized measurement, home prices were up 6.4 percent.
For the nine census divisions, the FHFA found the seasonally adjusted monthly price changes from June to July ranged from -0.5 percent in the East South Central division to a 1.1 percent growth in the South Atlantic division. The 12-month changes were all positive, ranging from 4.7 percent in the New England division to 8.7 percent in the Mountain division. 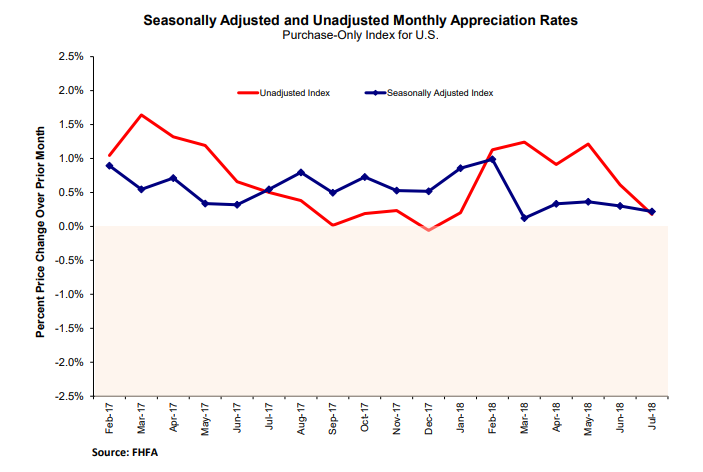