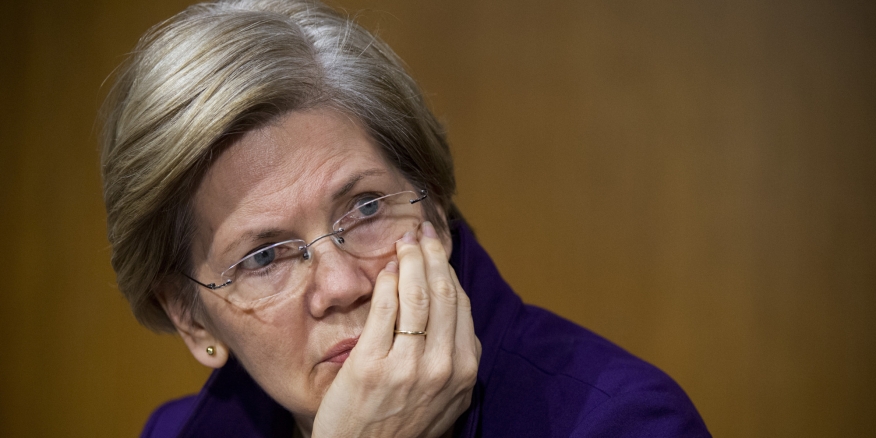 Sen. Elizabeth Warren (D-MA) has taken it upon herself to unilaterally create new legislation designed to rewrite federal housing policy.
The senator’s proposed American Housing and Mobility Act is being presented as a tool to increase housing affordability for renters and homeowners while creating new housing opportunities by government-funded construction. The bill is based on five funding initiatives: a $445 billion in the Housing Trust Fund to build, rehabilitate, and operate up to 2.1 million homes for low-income families, including in rural areas and on Native American tribal lands; allocating $25 billion in the Capital Magnet Fund, which will be leveraged 10:1 with private capital, to build more than 835,000 new homes for lower- and middle-income families; channeling $4 billion into a new Middle-Class Housing Emergency Fund to support construction of homes for middle-class buyers and renters where inventory is limited and housing costs outpace incomes; investing $523 million in rural housing programs to create 380,000 rentals and help 17,000 families buy homes; and targeting $2 billion for the Indian Housing Block Grant to build or rehabilitate 200,000 homes on tribal land.
The bill also provides provisions to offer down payment grants to first-time homebuyers living in formerly redlined or officially segregated areas and to invest $2 billion to support borrowers with negative equity on their mortgages, predominantly in suburban and rural communities. Warren’s bill also seeks to expand the regulatory burdens created by the Community Reinvestment Act (CRA) to cover more financial institutions—the 1977 legislation only covers banks and thrifts. The bill would also expand the protected classes of the Fair Housing Act to prevent housing discrimination on the basis of sexual orientation, gender identity, marital status and source of income. To pay for the funding efforts, Warren proposed returning the estate tax thresholds to their levels at the end of the George W. Bush Administration.
“In almost every community in America—rural, suburban, urban—it’s getting harder to rent a home or put together a down payment,” Warren stated. “That’s partly because government housing policy has failed working families. Instead of supporting development and promoting competition, state and local governments have imposed needless rules that substantially raise the cost of buying or renting a home. At the same time, the federal government has steadily decreased its investments in producing decent housing for lower-income and middle-class families, which creates shortages that drive up costs for everyone, produces crumbling and unsafe housing stock in many urban and rural communities, and slows economic growth.”
Link copied
Published
Sep 25, 2018
Coming Up See All
Aug
03
New York Mortgage Expo
Suffern, NY
Aug
10
OriginatorTech
Virtual
•
11:40 AM ET
Aug
12
California Mortgage Expo – San Diego
San Diego, CA
Get the Daily
Advertisement
Advertisement
Analysis and Data
Fannie Mae Reports Net Income Of $7.2B for 2Q 2021