New Home Sales Down, Prices and Mortgage Apps Up 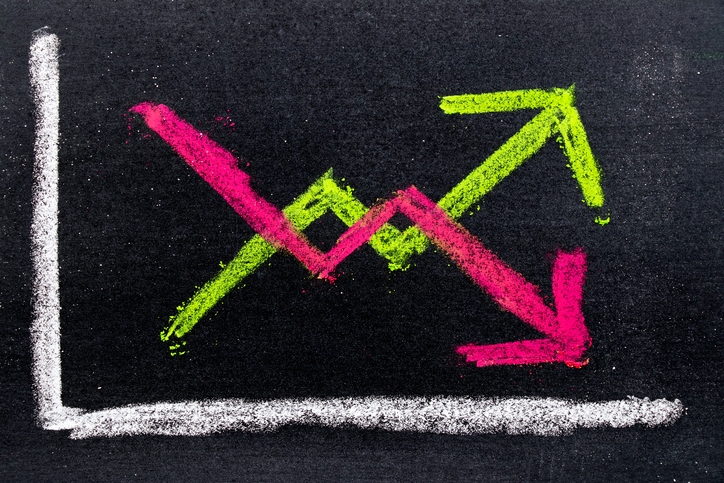 It was an up-and-down data day regarding the latest housing news.
First, the downside: Single-family home sales last month were at a seasonally adjusted rate of 553,000 were at a seasonally adjusted annual rate of 553,000, according to estimates released by the U.S. Census Bureau and the U.S. Department of Housing & Urban Development (HUD). This is 5.5 percent below the revised August rate of 585,000 and 13.2 percent below the September 2017 estimate of 637,000.
The median sales price of new houses sold in September was $320,000 and the average sales price was $377,200. The seasonally-adjusted estimate of new houses for sale at the end of September was 327,000, which represents a 7.1-month supply at the current sales rate.
“New home sales in September dropped to its lowest sales pace since December 2016," said Joel Kan, MBA Associate Vice President of Economic and Industry Forecasting. "Additionally, the year-over-year drop of 18 percent was the first since August 2017 and the steepest drop since April 2011. Sales activity last month was impacted heavily by declines in the South and West, with Hurricane Florence likely driving the South’s numbers. As far as the West is concerned, we have started to see some moderation in home price appreciation in recent months, and this is a further sign that certain markets may be starting to cool off because of affordability challenges.”

Now, the upside: Mortgage Bankers Association (MBA) data for the week ending Oct. 19 determined the Market Composite Index was up by 4.9 percent on a seasonally adjusted basis from one week earlier, while the unadjusted index rose by five percent. Both the seasonally adjusted and unadjusted Purchase Index increased two percent from one week earlier, while the latter was 0.2 percent higher than the same week one year ago. The Refinance Index shot up by 10 percent from the previous week as the refinance share of mortgage activity increased to 39.8 percent of total applications from 38.1 percent the previous week.
Among the federal programs, there was across-the-board declines: The FHA share of total applications decreased to 10.1 percent from 10.4 percent the week prior, the VA share of total applications decreased to 10.1 percent from 10.4 percent and the USDA share of total applications decreased to 0.7 percent from 0.8 percent.
“Mortgage application activity rebounded the week following the Columbus Day holiday, but both purchase and refinance levels remained lower than where they were two weeks ago,” said Kan. “The holiday impacted refinance applications more than purchases, as refinances rebounded almost 10 percent. Meanwhile, purchase applications increased two percent over the prior week but were still four percent lower than two weeks ago–a sign that both the jump in mortgage rates and tight inventory continue to hold back application activity. Mortgage rates increased over the week for most loan types, with most rates remaining at seven-year highs.”
Separately, the Federal Housing Finance Agency (FHFA) reported home prices were up by 0.3 percent from July to August, with the previously reported 0.2 percent increase in July revised upward to 0.4 percent. For the nine census divisions, seasonally adjusted monthly price changes from July to August ranged from a 0.7 percent decline in the Middle Atlantic division to a 0.8 percent rise in the Pacific division. The 12-month changes were all positive, ranging from four percent in the Middle Atlantic division to 8.4 percent in the Mountain division.