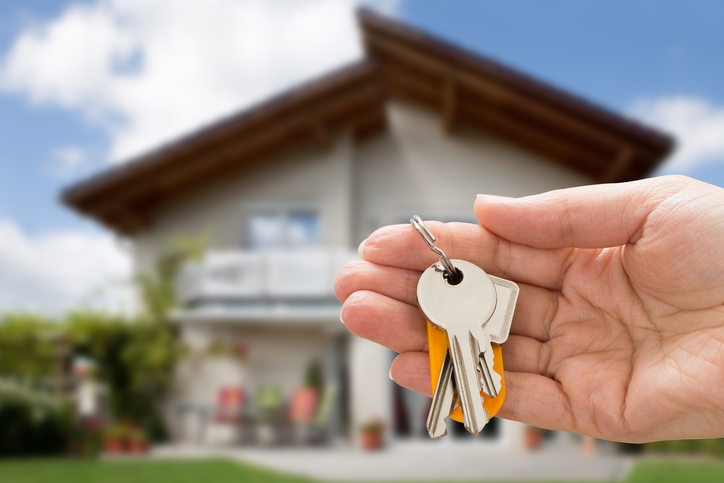 Mortgage purchase and refinance activity took a tumble while the gap between appraisers and homeowners on property valuations continued to close a gap.
Mortgage applications decreased 3.2 percent from one week earlier, according to data from the Mortgage Bankers Association’s (MBA) Weekly Mortgage Applications Survey for the week ending Nov. 9, 2018.
For the week ending Nov. 9, the Mortgage Bankers Association’s (MBA) Market Composite Index dropped by 3.2 percent on a seasonally adjusted basis and 5 percent on an unadjusted basis from one week earlier. The seasonally adjusted Purchase Index decreased 2.3 percent from one week earlier, hitting its lowest depth since February 2017, while the unadjusted index was five percent lower compared with the previous week and was 3 percent lower than the same week one year ago. The Refinance Index’s 4.3 percent spill from the previous week caused it to reach the lowest level since December 2000, but the refinance share of mortgage activity increased to 39.4 percent of total applications from 39.1 percent the previous week.
The refinance share of mortgage activity increased to 39.4 percent of total applications from 39.1 percent the previous week. The adjustable-rate mortgage (ARM) share of activity decreased to 7.7 percent of total applications.
Among the federal programs, the FHA share of total applications increased to 10.6 percent from 10.1 percent the week prior while the VA and USDA shares remained unchanged at 10.1 percent and 0.7 percent, respectively.
“Recent volatility in the financial markets and increasing rates continue to adversely impact mortgage application activity, even as the general economic outlook remains positive,” said Joel Kan, MBA’s Associate Vice President of Economic and Industry Forecasting. “Both home purchase and mortgage refinance applications decreased over the week, driven largely by declines in conventional applications. Mortgage rates increased over the week for most loan types, with the 30-year fixed rate mortgage increasing to 5.17 percent–the highest level since 2010.”
Separately, Quicken Loans reported that October marked the eighth-straight month with less than half a percent difference between appraisals and homeowner estimates. Quicken Loans Home Price Perception Index (HPPI) showed appraised values were an average of 0.28 percent lower than owners expected. Appraised values were down by 0.55 percent between September and October, but they were up by 4.39 percent from one year ago, which Quicken Loans noted was the lowest year-over-year increase in the last 12 months.
“With homeowner estimates and appraiser opinions moving more closely together, mortgages are less likely to run into snags in the process,” said Bill Banfield, Quicken Loans Executive Vice President of Capital Markets. “With the combination of a better understanding of appraisal values, and continued home value increases, this could be a good time for homeowners to tap into their growing equity to pay off higher interest debt or make home improvements.” 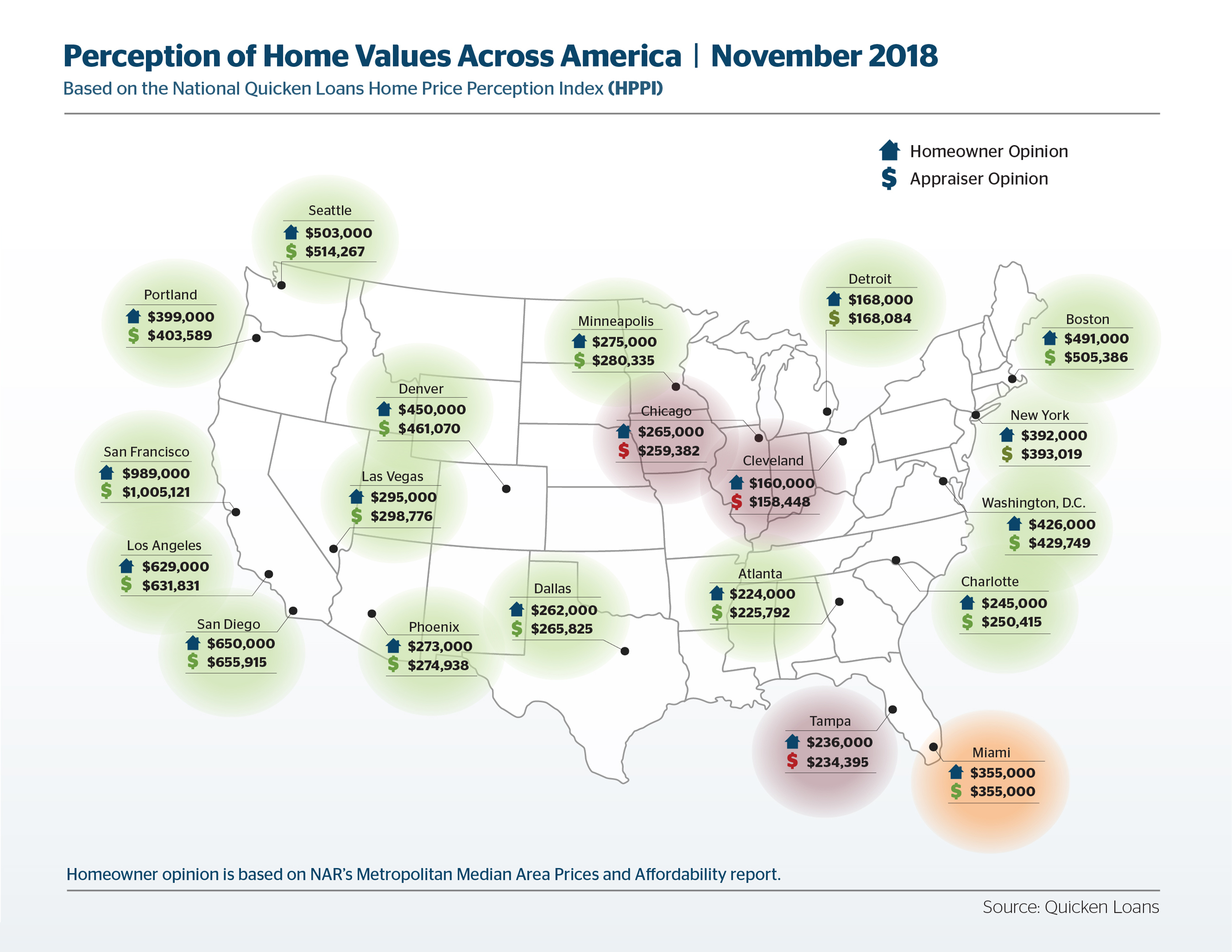