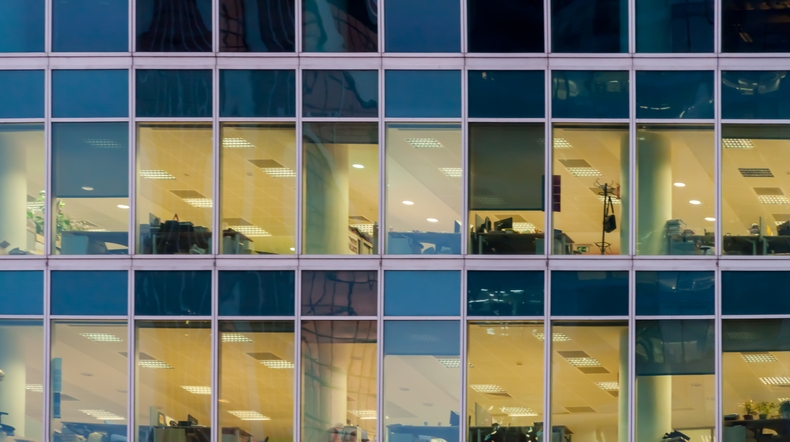 Origination volume for commercial and multifamily properties took a drop in the third quarter, according to new data from the Mortgage Bankers Association (MBA).
Commercial and multifamily originations were down by three percent from the second to the third quarter and down by seven percent from the third quarter of 2017. Health care properties saw the greatest level of decline with a 55 percent annualized plummet, followed by retail properties with a 28 percent decline, hotel properties with a 19 percent drop and office properties with a 17 percent decrease. The only property sectors that saw upswings in originations last quarter were multifamily and industrial properties, each by 19 percent.
Among investor types, the dollar volume of loans originated during the third quarter for commercial mortgage-backed securities (CMBS) loans and commercial bank portfolio loans were down from the third quarter of 2017 by 53 percent and 22 percent, respectively. Loan originations were up four percent for life insurance companies and up three percent for Fannie Mae and Freddie Mac.
Jamie Woodwell, MBA’s Vice President of Commercial Real Estate Research, commented, “Rising interest rates took some wind out of the market’s sails, with the 10-year Treasury yield starting the quarter at 2.87 percent and finishing at 3.05 percent, and the two-year Treasury starting at 2.57 percent and ending at 2.81 percent. The CMBS and bank lending markets were the hardest hit. Meanwhile, lending backed by multifamily properties and for the government sponsored enterprises continued to grow.”
Link copied
Published
Nov 19, 2018
Coming Up See All
Sep
23
Today’s Borrowers and Their Credit Scores: Findings from a New Research Study
Webinar
1:00 PM ET
Oct
07
Colorado Mortgage Summit
Denver, CO
Oct
12
California Mortgage Expo – San Francisco
San Francisco, CA
Get the Daily
Advertisement
Advertisement
Analysis and Data
August New Home Purchase Mortgage Applications Fell 17% YOY