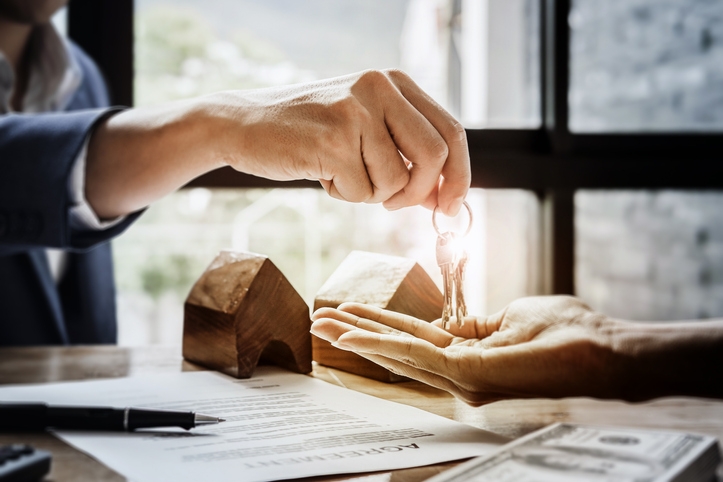 Mortgage credit availability increased in March for the third consecutive month, according to new data from the Mortgage Bankers Association (MBA).
The MBA Mortgage Credit Availability Index rose by 1.1 percent in March to 182.1. The Conventional MCAI increased (3.6 percent), while the Government MCAI declined (1.2 percent). Of the component indices of the Conventional MCAI, the Jumbo MCAI increased by 5.2 percent while the Conforming MCAI increased by 1.4 percent.
"Credit availability increased in March, primarily due to a spike in jumbo mortgage offerings," said Joel Kan, MBA Associate Vice President of Economic and Industry Forecasting. "The jumbo sub-index increased five percent and reached its highest level since last November, as the recent decline in mortgage rates led to a jump in refinances from borrowers with larger loans. The credit supply for government loans decreased in March, as investors continue to reduce FHA and VA streamline refi offerings." 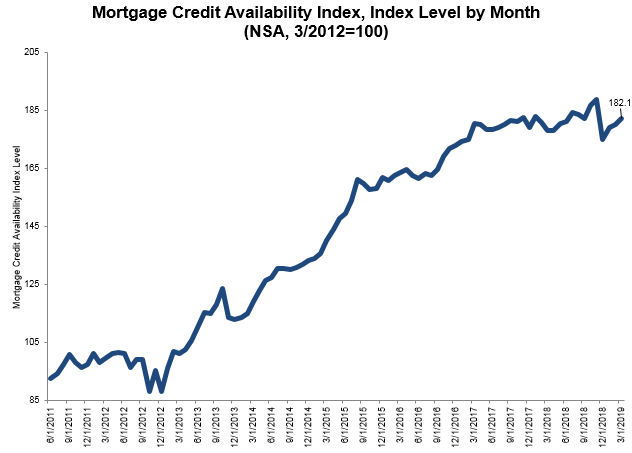 Separately, Freddie Mac is reporting the 30-year fixed-rate mortgage (FRM) averaged 4.08 percent for the week ending April 4, up from last week when it averaged 4.06 percent. The 15-year FRM this week averaged 3.56 percent, down from last week when it averaged 3.57 percent. And the five-year Treasury-indexed hybrid adjustable-rate mortgage (ARM) averaged 3.66, down from last week when it averaged 3.75 percent.
“Purchase mortgage application demand saw the second highest weekly increase over the last year and thanks to a spike in refinancing activity, overall mortgage demand rose to the highest level since the fall of 2016,” said Freddie Mac Chief Economist Sam Khater. “While the housing market has faced many head winds the last few months, it sailed through the turbulence to calmer seas with demand buttressed by a strong labor market and low mortgage rates. The benefits of the decline in mortgage rates that we’ve seen this year will continue to unfold over the next few months due to the lag from changes in mortgage rates to market sentiment and ultimately home sales.” 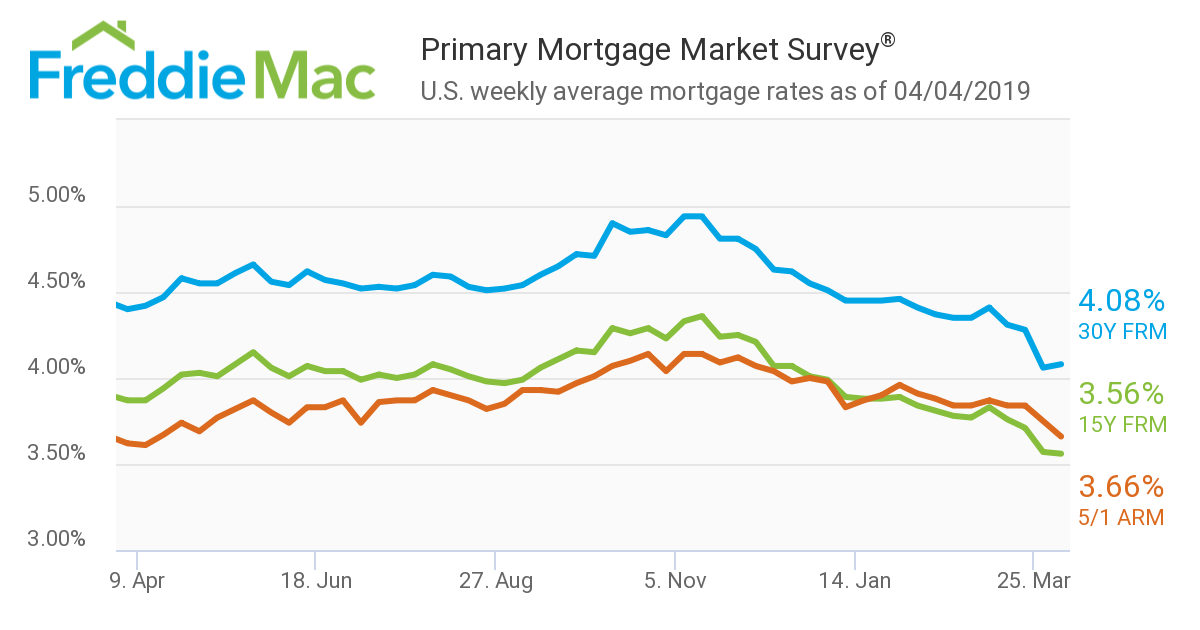